Australia has suffered its worst day of coronavirus infections, with Victoria state recording 484 new cases and warning numbers could rise further, as the second wave threatens to derail the nation’s economic recovery.

Neighboring New South Wales state also recorded 16 new cases, and Queensland 1, helping push the national tally past 500 and breaking the previous record of 469 cases set on March 28 during the height of the first outbreak.

After initial success in containing the virus, Australia is battling a spike in Victoria, which has forced around 5 million people in Melbourne back into a six-week lockdown. The shutdown of the nation’s second-biggest city, which contributes about one-quarter of gross domestic product, could prolong the nation’s first recession in almost three decades.

The government sees the renewed restrictions there reducing national real GDP growth by about A$3.3 billion ($2.4 billion), or around three-quarters of a percentage point, in the September quarter of 2020.

Melbourne has seen a surge in community transmission, blamed on missteps in mandatory quarantine for returned overseas travelers, and insufficient contact tracing. Police have handed out hundreds of fines to people flouting the lockdown, under which they are supposed to stay home except for essential work, education, care or grocery shopping.

Victorian Premier Daniel Andrews on Wednesday implored people to comply, saying the lockdown may have to be extended if daily infections don’t start to decline. In the two weeks to July 21, almost 90% of people feeling unwell didn’t isolate between first feeling sick and getting a test, and more than half continued to go out for work, shopping or socializing while waiting for their test results, he said.

“Unless we have people who get tested staying at home and isolating until they get their results, then we will not see these numbers come down,” said Andrews, who has seen a 10-point drop in his approval ratings amid the spike in infections, according to a Newspoll published by the Australian newspaper this week.

Brett Sutton, Victoria’s chief health officer, warned cases could rise further to 500 to 600 per day. However, there are no immediate plans to tighten restrictions or impose a New Zealand-stylelockdown that shuttered industries, schools and most stores.

The national government is trying to buttress the economy as the Victoria outbreak prolongs state border closures and drags on activity. Prime Minister Scott Morrison announced Tuesday that the government will pump a further A$20 billion into supporting jobs.

Treasurer Josh Frydenberg will deliver an economic and fiscal update Thursday, where he is expected to unveil the biggest budget blowout since World War II. 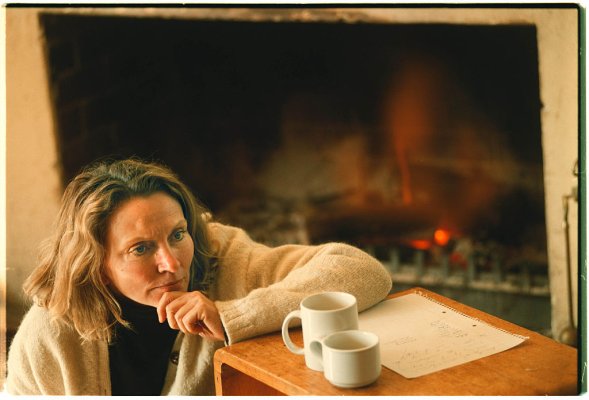 Robyn Davidson on the Value of Solitude
Next Up: Editor's Pick