How One Small Town in Ohio Is Experiencing America's Crises

Welcome to The D.C. Brief, the rebooted newsletter from TIME’s Washington Bureau. In this space, we are going to take our collected experience and deep reporting and offer a place for our readers to come and find out what’s really happening every day in the nation’s capital.

We will be learning and adapting as we go, so if you have thoughts, please send them along. To receive this every weekday, sign up here.

Now, for today’s — and this newsletter’s standing — argument: What happens in Washington matters well beyond the capital region. It’s easy to write off a lot of what transpires here as posturing and preening, and there is, indeed, plenty of that going around. For jaded hands at the Capitol, throughout the federal bureaucracy and on the lobbyist thoroughfare of K Street, the eye-roll is a common instinct.

But despite the cynicism about Washington, so much of what develops here — or, as some would rightly say, ferments — impacts local communities across this country. Take, for instance, three converging stories playing out in my hometown, a small Ohio village about an hour outside of Cleveland.

In the span of one week earlier this month, the village of Newton Falls, population 4,500, learned that eight businesses in its borders received almost $2.5 million through the government’s small-business-saving loan program, the community received new mandatory-mask orders from a Governor forced to act in the absence of Washington, and the city manager invited other communities to send along some of the controversial statues that are coming down in other places. The economic free-fall, the health pandemic and the reckoning on racial inequality were all coming to the fore in the very working-class town where I spent my childhood. And each was a byproduct of what began in Washington.

The government lending program is perhaps the most obvious example. According to government data released about recipients of loans over $150,000 under the Paycheck Protection Program, at least 300 jobs were saved in Newton Falls. If the eight companies that took the loans stay open and keep their payrolls steady, all of that money will be converted into a forgiven loan – meaning free money for the town.

At the same time, Ohio Gov. Mike DeWine, a Republican, ordered all residents of the county to wear masks when they go out in public. In the absence of a federal order, DeWine was stepping into the breach, perhaps at a great political price at home. The order rankled some residents who vowed to shop in other counties to avoid dealing with a mask.

And then — seemingly out of the blue — this small town near Youngstown turned up on national broadcasts when the town’s city manager issued a proclamation that it would accept statues taken down by communities trying to lose monuments to the country’s slave-owning past. Instantly, a town best known for its covered bridge and an exit from the Ohio Turnpike was on CNN, Fox and message boards from the alt-right to Black Lives Matter. Donald Trump may have been the chief agitator in this front of the culture war, but local leaders were plenty willing to add to the kindling.

What happens in Washington clearly flows beyond the confines of the 68 square miles that comprise the District of Columbia. Washington can trigger economic, health and culture reverberations from far away. So, the next time you want to shrug off Washington as unrelated to day-to-day life, you might think again — and find a fully justified reason to blame the people living here for the changes happening down the block. 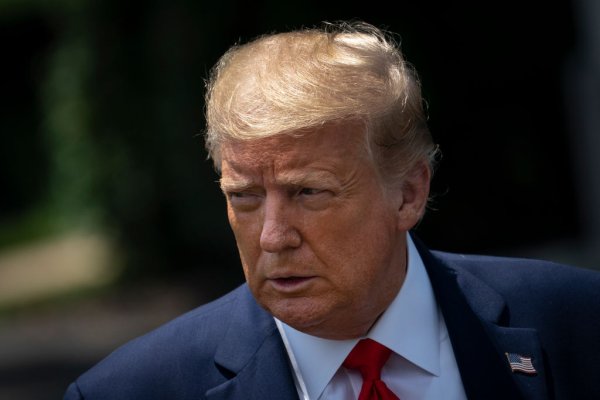