Hong Kong is Freer Than You Think

On July 14, U.S. president Donald Trump signed an executive order ending Hong Kong’s preferred trading status. In it, Trump cited several reasons in support of his decision that are nothing more than political rhetoric and slogans based on twisted facts. In essence, by enacting the Hong Kong National Security Law (NSL), the Chinese Government was said to have violated the Sino-British Joint Declaration—the announcement signifying Hong Kong’s handover from British to Chinese sovereignty in 1997—as well as the autonomy promised to Hong Kong under that agreement.

There could be nothing further from the truth.

Firstly, the Joint Declaration made no reference to matters of national security, nor did it say which power had the exclusive right to make national security laws. It is an affront to common sense to suggest that the high degree of autonomy granted to Hong Kong should somehow deprive Beijing from legislating for the safety of the whole nation. Article 18 of Hong Kong’s constitution, the Basic Law, stipulates that national laws can be applied to Hong Kong by way of promulgation and thus holds open the possibility that there are matters outside the autonomy of Hong Kong. National security is precisely such a matter—and it is the responsibility of any federal government, including that of U.S., to legislate on it.

Secondly, the NSL strikes a proper balance between safeguarding the interest of the entire nation and protecting individual rights of people of Hong Kong under the “one country, two systems” political formula.

Article 4 of the NSL confirms that the two most respected international conventions on human rights, and other similar safeguards in the Basic Law, will continue to apply.

Article 5 further confirms that the rule of Law will also continue to apply.

Most significantly, Article 40 stipulates that Hong Kong will have jurisdiction over all cases under the NSL save those rare situations covered by Article 55—which, essentially, are cases in which China is facing “a major and imminent threat to national security,” where there is foreign involvement, or when the Hong Kong government is unable to govern.

These clear provisions suggest that the central government is showing considerable respect for the special situation in Hong Kong.

In the vast majority of cases, the main responsibility for the enforcement, application and adjudication of the NSL will lie with Hong Kong enforcement agencies and courts. Thus, any suggestion that that the NSL will not be properly applied—or applied in such a way as to be in breach of human rights standards or the rule of law—is a serious accusation totally without basis or evidence against the integrity of our enforcement agencies and judges.

In any event, let us not forget human rights and freedoms are not without limits. The International Covenant on Civil and Political Rights, which applies to Hong Kong, says very clearly that every right and freedom enshrined therein is subject to legal restraint by reason of national security. This is a universal standard, understood even in the U.S.

Lastly, it is worse than superficial to think Hong Kong’s high degree of autonomy is just about freedom of speech or expression. The autonomy of Hong Kong is about our ability to maintain our own financial, economic, and legal systems—and having our own independent judicial, currency, fiscal, logistics, international flight management, land, health care and social welfare systems. It’s about having our own economic, trading, cultural and sports status internationally, not to mention our own electoral system, our own independent right to carry out political reform, and more as defined in the Basic Law.

Even as regards the freedom of speech and expression, any visitor in recent days will testify that after the passing of NSL nothing much has changed. People and the press continue to vilify the SAR and central government in Beijing if they want to without repression. Media that are leaving are doing so of their own accord, not because they have been expelled. Those who want to come or leave are free to come or leave. There have been no mass arrests and no exodus. These facts speak for themselves. And they all show that Hong Kong is freer than you think. Today and tomorrow. 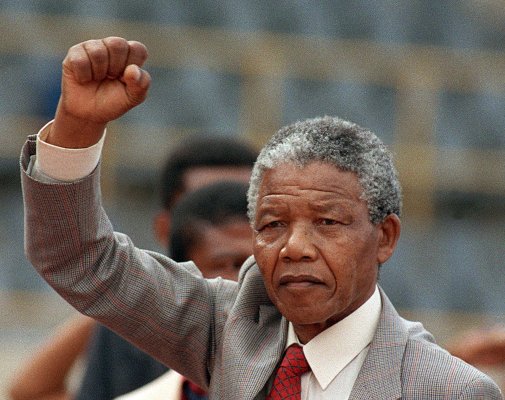 What We Can Learn From Nelson Mandela Today
Next Up: Editor's Pick