'We Cannot Let the World Return to How It Was.' British Vogue Editor Edward Enninful Says He Was Racially Profiled at Magazine's Office

British Vogue editor-in-chief Edward Enninful says he was racially profiled while trying to enter the magazine’s offices at Vogue House in London, after a security guard told him to enter using a loading dock at the rear of the building (which is primarily used for couriers and other deliveries).

Enninful, who made history when he became the publication’s first Black editor-in-chief in 2017, shared his experiences on social media on Wednesday night.

“Today, I was racially profiled by a security guard whilst entering my work place,” he wrote. “It just goes to show that sometimes it doesn’t matter what you’ve achieved in the course of your life: the first thing that some people will judge you on is the colour of your skin,” his caption continued.

Enninful noted in the caption of his Instagram post that Condé Nast “moved quickly” to dismiss the security guard, who reportedly worked for a third-party contractor. According to CNN, the guard was later “placed under investigation by their employer.”

Enninful, whose career in fashion spans three decades, has consistently centered diversity and inclusion at the forefront of his work; his time at Vogue has, in particular, seen the magazine receive much acclaim on that front (among others). Enninful emphasized the need for continued social change and a commitment to racial justice in the final slide of his Instagram post.

“Just because our timelines and weekends are returning to normal, we cannot let the world return to how it was,” he wrote. “Change needs to happen. And it needs to happen now.” 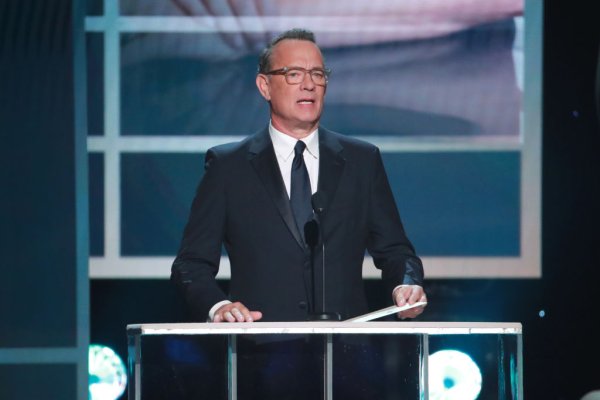 Tom Hanks Got Talking With Stephen Colbert About His Coronavirus Symptoms
Next Up: Editor's Pick