In late February, there were still fewer than 20 confirmed cases of COVID-19 in the U.S. when a senior official at the Centers for Disease Control and Prevention sounded the first alarm bell over the virus heard by many Americans, telling reporters in a phone call that recent data had “raised our level of expectation” that the new coronavirus would spread inside the U.S. Dr. Nancy Messonnier described how she had told her children that morning over breakfast that the family needed to be “preparing for significant disruption of our lives.”

As Messonnier spoke, President Donald Trump was 7,500 miles away boarding Air Force One in New Delhi, India. On the flight back to Washington, Trump watched as Messonnier’s comments — combined with growing anxiety over a possible global pandemic — sparked a selloff on Wall Street. Despite having been briefed on the virus himself for weeks at that point, Trump was livid that the CDC official had painted such a negative picture of the virus’ impact in the U.S., according to a former White House official. (Trump had just told reporters in New Delhi that the U.S. is in “very good shape” on the virus.)

A planned meeting with health officials to recommend that Trump issue social distancing measures based on the new CDC data was scrapped. Instead, Trump put Vice President Mike Pence in charge of the coronavirus response — and the public messaging. The White House began holding near daily briefings for the press on COVID-19 that continued through May. The CDC, whose top officials kept Americans regularly informed about diseases like Ebola, H1N1 and Zika, has held just two telebriefings since March 10.

The White House took another swing at the CDC on Wednesday, stripping the agency of its critical role of collecting hospital data about COVID-19 patients and instructing hospitals instead to send that data into a new database controlled by its parent department, Health and Human Services. The CDC typically releases conclusions gleaned from the data on its website and allows medical researchers access to the raw figures for outside statistical analysis and research. Many observers are worried the move to the new database will limit public access to information about COVID-19 across the nation by giving the Trump Administration more direct control over how the data is interpreted and released.

Throughout the pandemic, President Trump has repeatedly contradicted the advice of his public health officials, and the CDC in particular, in a bid to control the messaging about the virus to Americans. When the CDC issued new guidelines for Americans to cover their faces on April 3, Trump emphasized it was “voluntary” and said he wouldn’t be wearing a mask, and was not seen wearing one in public until last week. When Trump started pushing hard for the economy to reopen in May, he stopped holding daily task force briefings. After the CDC released guidelines about schools reopening, Trump said they were impractical and pushed hard for all schools to return to in-person classes.

The CDC is “being sidelined — no question about it,” says former CDC director Tom Frieden. The public should be hearing from one of CDC’s viral respiratory disease experts nearly every day, he says. “It’s distracting us from who the real enemy is. There is an enemy here. That enemy isn’t a human being. That enemy is the virus. The more we are disorganized and the more we are divided, the more the virus will succeed,” Frieden says.

The novel coronavirus certainly has not been deterred by Trump’s continuing attempts to control the bad news it generates. The country faces a renewed spike in cases, bringing the total number of Americans who’ve died from the disease to over 138,000. Trump has repeatedly tried to explain away the spike in new cases as result in increased testing, but the number of people being hospitalized with the disease is ticking upwards in nearly every state.

This is exactly the moment when reliable data is most needed, says Florida Congresswoman Donna Shalala, who was Secretary of Health and Human Services under President Bill Clinton and has proposed that Congress fund a study to examine COVID-19 deaths. “This is the hard data that CDC needs. The last thing you would do is to move it to an agency that has no skill set,” says Shalala. “Why would you rebuild the skill set in the middle of a pandemic?”

The White House has been frustrated in recent months with the slow pace at which CDC can produce data on hospitalizations for COVID-19 and often uses private data sets instead to make predictions and give advice to states and local governments, says the former White House officials. Before the pandemic, the CDC had repeatedly been denied funding from the Trump Administration and Congress to improve the database it uses to collect information from more than 3,000 hospitals and medical systems, called the National Healthcare Safety Network, a former CDC official says. Public health officials can access the database and use the data to track the number of available hospital beds, ventilators, and other factors to make decisions about allocating medical supplies.

On July 10, HHS published a document advising that starting Wednesday, hospitals will no longer report patient data to CDC and instead must transmit it to a database run by HHS. Frieden says the CDC system that is being “retired” is twenty years in the making and is used to track the overprescription of antibiotics, controlling MRSA infections, and sounding the alarm about hospitals with high complication rates.

Local public health officials voiced their concern about the logistics of shifting to a new data reporting system in the middle of a health crisis and the perception that it may create in the public. “Any politicization—real or perceived—of the data creates yet another hurdle towards full cooperation in slowing and stopping the spread,” said a statement issued Wednesday by the National Association of County and City Health Officials. “It is critical that we do all we can to instill trust in public health expertise and guidance at all levels.”

It is exactly that public trust in medical expertise that is threatened by Trump’s attempt to control communication around the virus. Polling shows that far more Americans trust the country’s top infectious disease specialist, Dr. Anthony Fauci, on the virus than trust Trump. Nevertheless, in recent weeks, some officials in the White House have worked to undermine Fauci’s credibility because his cautious statements on the virus often contradict the President’s. Over the weekend, White House officials sent reporters information aimed at discrediting Fauci. On Tuesday, Trump’s trade advisor Peter Navarro published an opinion piece in USA Today titled “Anthony Fauci has been wrong about everything I have interacted with him on” and said he listens to Fauci’s advice with “skepticism and caution.”

“We want to get rid of this mess that China sent us,” he continued, returning to his instinct to blame China for the spread of the virus. Now that the virus is here, it’s the country’s responsibility to track and control it. That first means facing the hard numbers it produces.

—With reporting by Alice Park 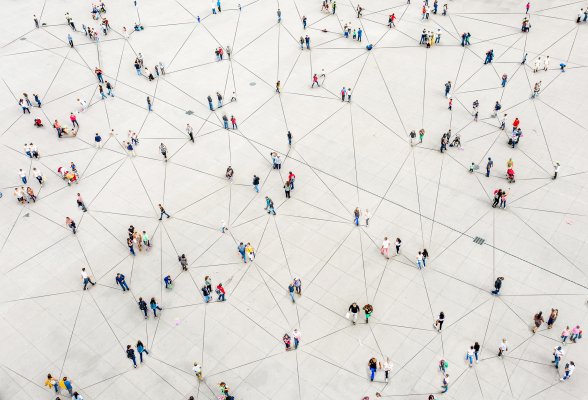 How to Change the Way We Share Data Online
Next Up: Editor's Pick