These States’ Leaders Claim to Be ‘Pro-Life.’ So Why Are So Many of Their Citizens Dying of COVID-19?

A pro-life supporter holds up a crucifix at the Texas State capitol on Jul. 1, 2013 in Austin
Erich Schlegel—Getty Images
Ideas
By William J. Barber II and Jonathan Wilson-Hartgrove
Barber is president of Repairers of the Breach and co-chair of the Poor People’s Campaign: A National Call for Moral Revival. He is author of We Are Called to Be a Movement.
Jonathan Wilson-Hartgrove is author of Revolution of Values: Reclaiming Public Faith for the Common Good.

As the coronavirus surges across the U.S., states across the South and West have reported sharp increases in their daily number of new cases. While the initial outbreaks in New York and Seattle reflected where community spread of the disease began in the U.S., these more recent surges in Florida, Texas, Arizona and some two dozen other states reveal more about our capacity to respond. Many Asian and European countries that experienced their first cases and initial outbreaks at the same time we did have successfully suppressed the virus and returned to semi-normal life. Meanwhile, COVID spreads across the U.S. like contrast dye on an MRI, highlighting a malignancy in our body politic.

When we look closely at the data, the regions where the coronavirus is currently surging are precisely the places where white people have been manipulated by a distorted moral narrative for decades. Ironically, the governors who are most willing to watch their citizens die are the ones who have used “pro-life” rhetoric to compel people of faith to support the narrow interests of corporate greed and white political power. COVID has revealed how the “pro-life” movement is killing us.

Beginning in the late 1970s, Republican politicians who wanted to unite a white electorate in the South, the suburbs and across the Sunbelt knew they could no longer directly appeal to white cultural values in the wake of the civil rights movement. So they began using the language of traditional values and religious liberty to persuade white voters that the real problem in America is moral decline and cultural corruption. By framing women’s rights as an assault on traditional values, this movement mobilized white people who felt threatened by civil rights, women’s rights and the anti-war movement of the 1960s and ‘70s to assert their values as “pro-life.” They opposed abortion while promoting a narrative that blamed poor people for their problems and glorified the “opportunities” corporate profits afford to the industrious.

For the past 40 years, this narrative has been reinforced through a coordinated network of independent media, private school curricula, pulpits and political operatives. As investigative journalist Anne Nelson describes in her book Shadow Network, conservative Christians have increasingly come to live in a self-reinforcing wraparound culture of propaganda. When that network of information demonized efforts to address the current pandemic by staying at home, even from church, they resisted public health advice in the name of religious liberty.

In their book Taking America Back for God, sociologists Samuel Perry and Andrew Whitehead describe this way of seeing the world—where anything that challenges traditional values, including science, is viewed as threat—as “Christian nationalism.” While their analysis suggests that less than 20% of all Americans fully embrace this narrative, they say more than 30% have accommodated it in some way. This is especially true among white Christians and, in particular, in the South and Midwest. Their map of states where the highest percentage of Americans embrace Christian nationalism matches up almost exactly with the current map of where COVID cases are surging.

But the demographics of that map are shifting, and Republican strategists know it. Migration from urban centers in the Northeast to cities in the South and the Sunbelt have made the traditional Bible Belt much less white, threatening the power of “pro-life” politicians. It’s no wonder, then, that, according to an analysis by the Brennan Center, 25 states have passed voter suppression measures since 2010, and that they are largely the same states where politicians have used Christian nationalism to cling to power.

The distorted moral narrative of Christian nationalism has allowed political leadership to claim to be “pro-life” for decades, even as they undermined the social safety net and public goods that protect and sustain life. Many of these same states refused to expand Medicaid under the Affordable Care Act, denying access to health care to hundreds of thousands of their citizens. And because funding for rural hospitals was tied to Medicaid expansion under the ACA, this led to the closure of scores of hospitals in rural communities across the South and Midwest. In a small town in eastern North Carolina, we met a white man who lost his wife in 2014 after our state refused to expand Medicaid. She died of a heart attack waiting for a life flight in the local high school parking lot, just after the local hospital that could have saved her life had closed.

Though we spend more on health care per capita than any country in the world, the U.S. leads the world in coronavirus deaths. These deaths are not spread equally across our population. They disproportionately represent poor Black and brown communities and, increasingly, poor white communities represented by “pro-life” politicians who have manipulated faith to hold onto power.

If COVID is the contrast dye that allows us to diagnose this malignancy in our common life, then a new moral narrative that centers the common good and strives toward a democracy that works for everyone is the medicine we need. From the multicolored crowds marching for racial justice in our streets to the Black, white, brown, Native and Asian people who have joined us in the work of building a new Poor People’s Campaign, we see signs of a new moral movement rising in America. When we vote together, we can shift priorities in our public life. When we demand an America that works for all, we can revive the heart of a genuine democracy. 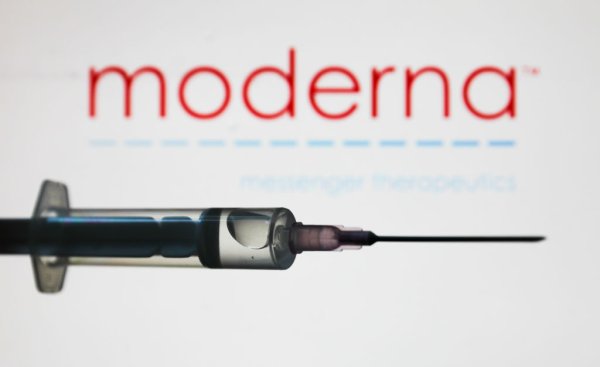