Why You’re Having Such Vivid Dreams During the Pandemic

In March, as COVID-19 started quickly spreading in the United States, we began noticing something strange: our dreams were getting weird. Odd visual stimuli are like catnip to visual journalists like ourselves, so we polled our friends on Instagram to see if it was just us.

“Who’s having weird dreams?? Tell us about them!” we implored.

We weren’t alone. Many of our followers were having dreams with unsettling guest stars and bizarre settings: a spider in someone’s bed, an abusive ex-boyfriend, empty highways, roving militias, even a dog that could sniff out coronavirus in people. Someone in Seattle dreamed they were wearing normal clothes—not the official quarantine uniform of sweatpants and pajamas—and went out for brunch with friends.

Everyone is trying to make sense of this unprecedented time, and as visual storytellers, we wondered what it would look like to recreate a vivid dream through animation. We chose to illustrate a dream that Andy Sarjahani, a documentary filmmaker living in Chattanooga, Tennessee, told us about. He dreamed of visiting a bar in Austin where things are not quite right; you can watch how it plays out in the video above.

Deirdre Leigh Barrett, an author, artist and assistant professor of psychology at Harvard University, is no stranger to dreams during strange times. Around the time we started collecting dreams, so did she; now, with more than 9,000 pandemic-era dreams from 3,800 people around the world, Barrett has published a book called Pandemic Dreams.

Barrett posted her survey on March 24th, when Italy was at the height of crisis and the U.S was just beginning to realize what was coming, and she began to hear similar dreams from people fearful of getting sick and a lot of dreams about bug attacks.

“Across cultures we often have similar metaphors for similar events. This [pandemic] is very unique in that even though the timeframe’s off by a few weeks, basically the whole world was experiencing some version of this at pretty much the same time. I’ve never seen that sort of shared dream life. It’s rare even to see it within a country—so many people are dreaming about bug attacks. But this was around the world.”

Barrett interviewed Andy about the dream he’d described to us for this story and helped him analyze his dream. “Responsible dreamwork is helping the dreamer get at their own individual symbols. So what I was doing with Andy was asking him for associations to different elements in the dream.” In his dream, Andy had seen people in a busy bar turn into cardboard cutouts and fall over. When she asked him where else he had seen cardboard cutouts like those, he recalled the movie Home Alone, where the young boy uses them to scare away intruders. Even though it’s a comedy, the film has a powerful emotional feel, which makes it good fodder for a pandemic dream, Barrett said. “The idea of a child being by himself, imperiled—this is kind of primal,” she said.

“I think it’s how some of us are feeling about the lockdown,” she said. “Not just literally people who are alone, but even if you are with one or two or three other people, you are so isolated from most of the world.”

In general, people’s sleep patterns have shifted over the past few months, and the changes are only boosting the wild nature of pandemic dreams. With millions of Americans working from home, people are sleeping in more and using alarms less; since we generally experience our most vivid dreams in the early morning hours just before waking naturally, dreams can go on for longer and become easier to recall. Graphic dreams may be with us for as long as the virus is.

Most Popular on TIME
1
The Disastrous Swedish Approach to Fighting COVID-19
2
Pakistani Women Said #MeToo. Now, They're Being Sued
3
GOP Senators Have a Trump Problem 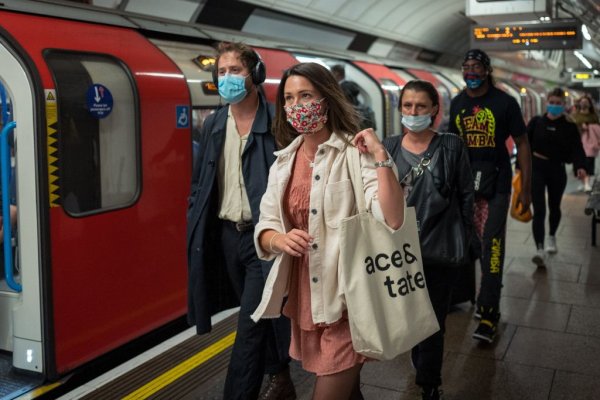 Can a 2-Week 'Circuit Breaker' Lockdown Curb COVID-19? The U.K. May Be About to Find Out
Next Up: Editor's Pick