A Huawei Technologies Co. logo hangs above the entrance to the company's offices in Reading, U.K., on Monday, July 13, 2020.
Bloomberg via Getty Images—© 2020 Bloomberg Finance LP
By Billy Perrigo

New Huawei equipment will be banned from the U.K.’s 5G telecoms infrastructure beginning in 2021, the British government announced Tuesday, reversing its previous stance on the Chinese company — in a move it described as a direct response to U.S. sanctions targeting the company, imposed in May.

Existing Huawei equipment also will be stripped from the U.K.’s entire 5G network by 2027.

The ban comes amid growing global concerns over the security implications of Chinese technology. On Sunday, President Trump’s advisor Peter Navarro told Fox News that the Administration was “just getting started” with actions against TikTok and WeChat, a popular Chinese-owned messaging app. Earlier in July, India banned 59 Chinese apps including TikTok and WeChat following a diplomatic spat between the two countries.

The U.K.’s Huawei decision represents a victory for the Trump Administration, which has been trying for years to pressure allies to remove Huawei equipment from their telecoms infrastructures over concerns that the Chinese government could possibly lean on the company to allow it to conduct espionage. The U.K. had earlier resisted the U.S. government’s requests, amid pressure from telecoms companies who noted Huawei’s equipment was the most advanced and cost-effective.

After a long period of delay, the U.K. government finally decided in January this year that Huawei would be banned from the core of its telecoms network, although its hardware would be allowed in up to 35% of peripheral parts of the network, under intense oversight from the intelligence community.

But then, in May 2020, the U.S. imposed sanctions restricting Huawei’s ability to use U.S. technology. After they were imposed, the U.K.’s National Cybersecurity Centre (NCSC) conducted a review, which found it could no longer guarantee the security of future Huawei equipment.

“Following U.S. sanctions against Huawei and updated technical advice from our cyber experts, the government has decided it is necessary to ban Huawei from our 5G networks,” Oliver Dowden, the U.K.’s Digital Secretary, said on Tuesday, announcing the new rules. “This decisive move provides the industry with the clarity and certainty it needs to get on with delivering 5G across the U.K.”

The existing ban on Huawei equipment in the core of U.K. 5G networks remains in place.

Officials admitted the ban would slow the rollout of 5G in the U.K., but stressed the move was vital for national security. They also said the distant deadline of 2027 to remove all Huawei 5G equipment was necessary in order to not create new national security lapses by moving too fast.

The new rules will not affect 2G, 3G or 4G equipment designed by Huawei, which will be allowed to remain in the U.K.’s networks. The equipment is not the focus of U.S. sanctions, and had already been analyzed and approved by experts at the U.K.’s NCSC before being added to the country’s telecoms infrastructure.

The move was quickly welcomed in the U.S., including from Senator Ben Sasse, a Republican China hawk. “The U.K. made the right call today to kick the Chinese Communist spy ring out of their network,” he said in a statement. “The special relationship is stronger now, as are our joint efforts to expose the threats the [Chinese Communist Party] and their surveillance puppet pose to the free world.” 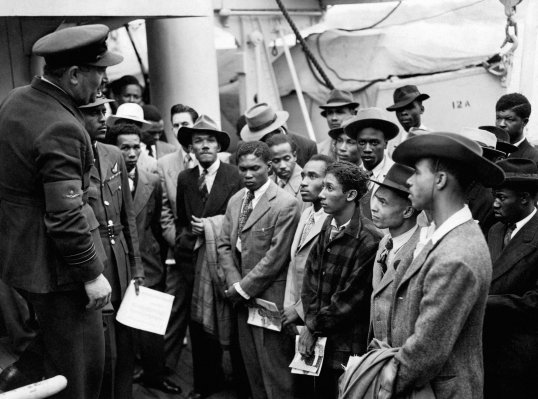 Britain Celebrates 'Windrush Day' Amid Broader Reckoning on Race
Next Up: Editor's Pick