Washington’s NFL Team Could Be Renamed the ‘Red Tails.’ Real Tuskegee Airmen Have Mixed Feelings About That

Would Lt. Col. Harold Brown, one of America’s first African-American military pilots, who flew with the famed all-Black Tuskegee Airmen in World War II, be in favor of the Washington, D.C., NFL team changing its name to the Washington Red Tails? The nickname, which comes from the painted planes flown by the Tuskegee Airmen, has been floated as a possible solution for the team in search of a name—and in this one corner, at least, the idea would find abundant support.

“Absolutely,” says Brown, 95, from from his home in Port Clinton, Ohio. Brown is one of the nine surviving Tuskegee pilots who flew in combat. “Thinking about it sort of selfishly in terms of our own legacy, we are running out of pilots,” says Brown. “Waiting a few years, that would be the end of us. I don’t know of a better way to keep that name alive than to put it on a name right behind ‘Washington.'”

On Monday, after decades of pressure, the Washington NFL organization officially announced that it will be retiring the Redskins name. Team owner Daniel Snyder had long resisted calls to change the name, which is slur used against Native Americans. In 2013, Snyder had told USA Today that he would “NEVER” alter the team’s nickname. (“You can use caps,” he said.) But as the United States reckons with its racist history following the deaths of George Floyd, Ahmaud Arbery and Breonna Taylor, the movement to dump the name gained unstoppable momentum: FedEx, for example, threatened to pull its name off the team’s stadium. Now, in a statement, the team has said that Snyder and coach Ron Rivera “are working closely to develop a new name and design approach that will enhance the standing of our proud, tradition rich franchise and inspire our sponsors, fans and community for the next 100 years.”

As fans and other observers mull the possibilities for that new name, the “Red Tails” idea has gained some favor: in a Yahoo poll, 28% of the respondents said they favored “RedTails,” which was top vote-getter over Warriors, Hogs, Generals and others. According to one betting site, the “Redtails” are the odd-on favorites to prevail, at 3 to 1. Fans have already come up with a compelling helmet and logo designs.

There’s a lot to like about the Red Tails. Naming a team, based in the nation’s capital, after a group of pioneering Black war heroes seems to fit the spirit of this moment of racial awakening. “If would be the most appropriate time to do it, in view of what’s going on in the country,” says Brown, a Minneapolis native. “You know where my vote goes.”

In a statement, Tuskegee Airmen Inc., an Alabama-based non-profit dedicated to honoring the accomplishments of Black veterans and introducing youth to career opportunities in aviation, aerospace and transportation, says the organization “would be honored and pleased to work with” the Washington team “during and after the process should this name be adopted.”

Among the surviving Airmen, however, the renaming doesn’t enjoy universal support. “I am not sure they are worthy of the Red Tail name,” Lt. Col. James Harvey, 97, writes in an email. “They don’t win that many games plus a lot of the players have a… Poor attitude. But, it is not my call. Just the way I feel at this point in time.” When reached by TIME, two other surviving Tuskegee Airmen—Lt. Col. Alexander Jefferson, 98, and Lt. Col. George Hardy, 95—said they were still forming their opinion on the matter. A third, Brigadier General Charles McGee, 100, declined to comment.

Indeed, a Red Tails nickname for the Washington franchise offers some potential downsides for the Tuskegee Airmen. Would the Airmen want to be associated with the NFL, an organization with a record on racial equality that’s mixed at best? In a league in which 70% of players are people of color, only 3 of the 30 head coaches — 10% — are Black. Couldn’t a league with a franchise named in honor of the Tuskegee Airmen, but that hasn’t offered even a workout to Colin Kaepernick after he led peaceful protests against racial injustice during the national anthem, be accused of paying lip-service to equality?

Other concerns are perhaps less weighty. During a road game in Philadelphia in December, for example, Red Tails players wouldn’t exactly be hearing homages to World War II heroes. “When they play a game, half the fans in the stands will be saying ‘those damn Red Tails,'” says Hardy—who flew 21 combat missions in World War II, 45 combat missions over Korea in 1950 and 70 more during the Vietnam War— through laughter.

On the other hand, lending the nickname to an NFL team could also be a teaching opportunity. Brown, who was shot down during his 30th mission in World War II and taken as a prisoner of war for two months, said if he were able to talk to Snyder, he’d educate the Washington owner on the true history of the Airmen. “The whole story of the Tuskegee Airmen centers around constantly, constantly fighting the system,” he says. “People came up with a thousands and one ways why we shouldn’t be pilots. It was obstacle after obstacle after obstacle.”

Brown remembers being told that, as an African-American, he wasn’t smart enough to be a pilot—an idea that, he says, only gave him motivation to prove otherwise. After his military career, he worked for years in academia and as educational consultant in the Columbus, Ohio area, earning a Ph.D. Along the way, he became a Cleveland Browns fan. “I say, ‘go get em, Browns,'” he says. But if Washington becomes the Red Tails, he’ll be quick to switch allegiances. “Nobody will stop me from becoming a Washington fan,” he says.

In 2007, Tuskegee Airmen were awarded Congressional Gold Medal, one of the nation’s highest honors. “That was really big,” says Brown. But the Red Tails name, he says, “would almost be equal. The only bad news is I just wish a few more of the old guys who passed away were still living. They wouldn’t believe all these good things have happened. I can’t think of a better way to honor the Tuskegee Airmen than to name a professional ball club after us.”

Brown argues that the Red Tails name speaks to America’s potential. “That’s the old American story, start at the bottom and rise to the top,” he says. “We really epitomize what this great country stands for. Even with all this mess, this is still the greatest country in the world. It wouldn’t trade it for anything. We’ve lived the American dream.” 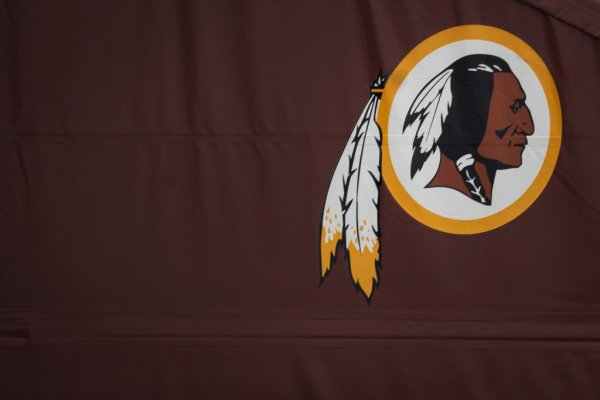 Washington's NFL Team Says it Will Drop 'Redskins' Name
Next Up: Editor's Pick