The Supreme Court in Washington, DC on July 11, 2020.
Amy Harris—Shutterstock
Ideas
By David French
French is a senior editor at The Dispatch and a columnist for Time. His new book is Divided We Fall: America's Secession Threat and How to Restore Our Nation. He is a former major in the United States Army Reserve.

Rarely has a single Supreme Court term created such alternating spasms of anger and joy, bouncing back and forth across the ideological aisle. And rarely has that seesaw reaction been so concentrated into a single, salient cultural issue – the perceived conflict between gay rights and religious liberty.

By the end of this term, however, a trend seemed clear – a slice of the Supreme Court, led by Chief Justice John Roberts and Justice Elena Kagan, seemed set on settling this conflict, if not once and for all, at least by providing a framework that can and will guide future courts. In doing so, they were pursuing a coherent legal philosophy that was grounded neither in the originalism of the court’s most conservative quartet of judges, nor in the “living constitution” malleability of progressive jurisprudence.

For more than a decade, one of the most contentious battles in American politics has centered around the clash between LGBTQ Americans seeking legal recognition for their families and greater legal protection from discrimination in schools, workplaces, and businesses and traditional religious Americans who seek the liberty to advocate for their sexual moral norms (which generally reserve sex for marriage and define marriage as the union of a man and a woman) in the public square and to enforce those norms in their own private institutions (at church, at the workplace).

The questions raised have been legion, and not all of them have been settled. Same sex marriage was decided in 2015, but undecided until this term was the question whether federal anti-discrimination law (which bans discrimination on the basis of “sex”) also prohibited an employer from firing an employee simply because they are gay or transgender.

At the same time, the court wrestled with important religious liberty cases. Among them, could a Christian baker be forced to custom-design a cake for a same-sex wedding? Were anti-discrimination laws applicable to Christian schools who hired teachers engaged in faith-based instruction?

And through it all, activists have clamored, “Which will it be? Gay rights or religious liberty?”

Congress has proven useless in reaching any kind of resolution to the dispute. The Equality Act – a Democratic initiative that extends broad workplace protections for LGBTQ Americans and explicitly limits the reach of religious liberty – passed the House in 2019 and is going nowhere in the Senate. Republicans, for their part (and much to the frustration of social conservatives), are largely content to simply block Democratic legislation without passing any additional affirmative protections for religious freedom.

A piece of compromise legislation, called “Fairness for All,” has gone nowhere. Modeled broadly on a legislative compromise in the state of Utah which extended workplace protections for LGBTQ citizens while also carving out strong religious liberty protections for religious institutions, Fairness for All has few friends on either side of the aisle. Both sides view it as retreating on core goals of their respective movements

Progressive activists don’t like to see accommodations made for religious institutions that employ hundreds of thousands and minister to millions. They feel the act exposes too many LGBTQ Americans to hurtful discrimination. Conservatives, in the words of Public Discourse editor-in-chief Ryan Anderson, argue that Fairness for All “allow[s] the government to use civil rights law as a sword to punish citizens for disagreement on sexual ideology.”

For example, if a Christian employee states at a secular workplace that he or she believes that marriage is a union of a man and a woman, is that evidence of hostile environment harassment? Should a non-religious athletic league be free to reserve athletic competition to contests between biological males and biological females, rather than including transgender athletes?

Legislatively, no one is moving. The last significant religious liberty legislation was passed during the Clinton Administration. No one is compromising. The Supreme Court, however, has. By shifting alliances from case to case, Chief Justice Roberts and Justice Kagan are enacting a new legal regime, and it’s starting to look a lot like Fairness for All.

In hindsight, the outlines of this judicial compromise were first outlined in the Supreme Court’s Obergefell decision, which held that the Constitution protected a right to same-sex marriage. Near the end of his majority opinion, Justice Kennedy specifically noted that religious believers could continue to articulate their sincere objections to same-sex marriage. “The First Amendment,” he wrote, “ensures that religious organizations and persons are given proper protection as they seek to teach the principles that are so fulfilling and so central to their lives and faiths, and to their own deep aspirations to continue the family structure they have long revered.”

Since that case, Roberts and Kagan have been in the majority of every opinion relevant to the clash between gay rights and religious liberty. In Masterpiece Cakeshop, Justice Kagan (along with Justice Breyer) joined the Republican-nominated justices to hold that the state of Colorado may not target a Christian baker for his religious beliefs after the baker refused to custom-design a cake that celebrated a same-sex marriage.

This term, Justice Roberts (along with Justice Gorsuch) joined the Democratic-nominated justices in Bostock, a case extending workplace nondiscrimination protections to gay and transgender Americans.

Less than a month later, Justice Kagan (again with Justice Breyer) slid back over to join the Republican nominees in Our Lady of Guadalupe, a case that broadly extended the scope of the so-called “ministerial exception” to nondiscrimination laws. The ministerial exception prohibits the state from applying all nondiscrimination laws to ministerial employees. At a stroke, the Supreme Court rendered Bostock entirely inapplicable to tens of thousands of religious employees at thousands of religious institutions across the United States.

Do you see the pattern? Does it not look a lot like Fairness for All? The court is extending nondiscrimination protections in secular spaces while blocking targeted discrimination against people of faith and also expanding the autonomy and liberty of religious organizations.

This is the point where originalists like me start to pull (what’s left of) our hair out. While the resulting jurisprudence may well reflect a cultural and legal compromise that many Americans like, it is not the role of courts to reach for political and cultural consensus. Negotiation and compromise across differences is the lifeblood of the legislative branch, and indeed negotiation and compromise to reach resolutions in a divided, pluralistic nation helps knit together our national fabric.

By punting through inertia or cowardice the most contentious questions entirely to the courts, Congress removes disputes to the governmental body most removed from the people. It undermines the democratic process. Congress subordinates itself in the hierarchy of American constitutional power, and thus the body closest to the people is now America’s weakest branch.

It’s hard to place the lion’s share of the blame for our nation’s emerging “juristocracy” on courts when the nation’s activists recognize congressional impotence and react accordingly. Why waste time and money with fruitless and frustrating lobbying, when you can file a lawsuit and force a judicial response? Judges can’t simply ignore complaints filed in their courts. They have to act, by granting or dismissing claims.

Those actions then generate appeals, those appeals have different outcomes, and then the Supreme Court has to step in to settle conflicts. The operation of law itself compels judicial action. Consequently, it makes sense for activists to blanket the nation in litigation in the hopes of reaching the Supreme Court.

And so, here we are. Decades of recent history have taught us that dominating the Supreme Court is an elusive, if not impossible, goal in a closely-divided nation. Smart justices can exercise outsized power (as Justice Kennedy did for years) when their votes are up for grabs.

Thus, judicial compromise to reach necessary outcomes is just as inevitable in court as it’s become impossible in Congress. When the Court has to act, it will act, and in this area of important cultural conflict, the compromise has emerged.

Justices Roberts and Kagan have set the terms. It’s not “gay rights or religious liberty.” It’s gay rights and religious liberty. Religious institutions have more autonomy. The secular workplace is now more open to LGBTQ Americans. And ordinary Americans are left to wonder why Supreme Court justices seem to be the last true negotiators left in America’s constitutional republic. 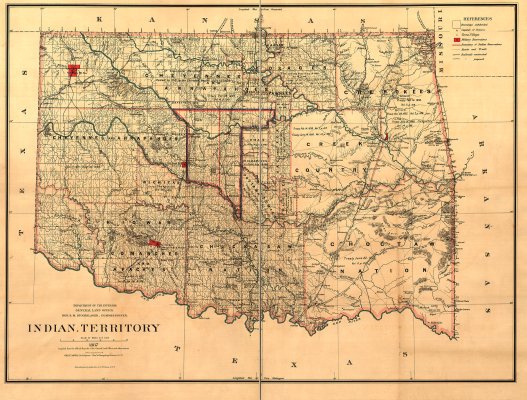 Demand a Reconsideration of Place Names Too
Next Up: Editor's Pick