In Ghost of Tsushima, Honor Is Your Greatest Foe

In a fishing village on the eastern coast of Tsushima, I find myself atop the roof of a small hut, taking note of the smattering of enemies wandering the camp. One by one I pick them off, and slink back into the shadows. By the end of my silent killing spree, the last remaining invader spots me, along with my handiwork, and flees in terror, allowing me to return the village to its original inhabitants.

In Ghost of Tsushima, these tactics are considered cowardly, spineless, and dishonorable. But if that’s the case, why does it feel so right?

Ghost of Tsushima, created by Sony studio Sucker Punch for the PlayStation 4, is an open-world adventure game set in the 13th century, on the Japanese island of Tsushima. You play as Jin Sakai, a samurai part of a larger defending force that suffers an absolutely crushing defeat against the Mongol army attempting to take over Japan. Thanks to a thief who rescues you from certain death, you manage to survive, and commit to rescuing both your new accomplice’s kidnapped brother, along with your own imprisoned uncle. But a single samurai against a battalion of soldiers isn’t exactly a fair match. So what’s a lone wolf going up against an army to do? Fight dirty, of course.

Unfortunately, the Mongols aren’t the biggest problem Jin faces. That would be his own cognitive dissonance.

You see, Jin, an honorable samurai, becomes a man conflicted. It’s in his eyes after you complete the first of many assassinations, a taboo when it comes to the samurai code of honor. Instead of facing the enemy head-on, he sneaks around a Mongol encampment, killing a warrior without looking him in the eye—a no-no according to his uncle, commanding officer, and shogun-appointed steward of Tsushima, Lord Shimura. But it doesn’t stop there. The deception, sabotage, and subterfuge continue throughout his quest to retake his home, and serve to spread the legend of “the Ghost,” a fallen samurai who has risen to exact revenge on the Mongol army.

Devoid of context, Jin’s turn to more dubious tactics is quite understandable. Of course you’d need to sabotage an encampment’s defenses, distract a few archers, and take out lonely sentries before charging in—you’re just one guy with a sword and a dream. Who among us wouldn’t resort to using every trick in the book when your homeland is threatened and your people are enslaved, especially when the tricks are oh-so-satisfying?

Ghost of Tsushima is one of the rare games in which the mechanics are so perfectly suited for the story, making every move feel like one Jin is performing, rather than one you’re puppeteering. All of the plotting, scheming, and sneaking lends itself perfectly to the narrative of a man compromising his own morals for the greater good. Attacking a farm taken over by Mongol soldiers? Multiple avenues to victory await you. Stick to your samurai code and face your enemies in a straight-up standoff, a game of chicken in which you slaughter opponents one-by-one using your katana, bow, and other weapons (like powder bombs and kunai). Or channel the growing legend of the Ghost and slip through windows to stab enemies in the back and slip away unseen. Throw bells to distract one guard while you slit the throat of another. Toss a smoke bomb into the fray to disorient enemies while you assassinate them one at a time in the confusion (or use that bomb to mask your getaway route should you be overwhelmed by opponents). Boss fights occur in the form of duels against opponents with their own set of swordsmanship skills. Only patience, parries, and striking when you see an opening will ensure your victory.

In true adventure game fashion, there are a variety of items to gather, skills to unlock, and armor sets to acquire and improve, turning the samurai with broken dou at the game’s outset into a 13th century hypebeast with a penchant for destruction.

To upgrade your arsenal of weapons, improve your armor, and purchase ammo like arrows and smoke bombs, you’ll need to scour friendly villages and enemy camps for supplies while you sneak (or massacre) your way through Tsushima. While acquiring new duds via specific quests with is always a treat, the slog to afford any improvements is both frustrating and distracting, and made me wish I could just unlock new upgrades the same way I unlocked new samurai techniques: by completing missions for the residents of Tsushima and ridding the island of invaders, rather than look around every nook and cranny in town for linen bundles and kunai left in some fisherman’s attic. Like, I know why he has them, but I’m unsure if stealing his tools after saving him from a beheading is the best way to go about arming myself for battle.

While the liberation of towns and forts is rewarding, it does get repetitive. Luckily, the game balances all the adrenaline-fueled action with loads of low-stakes activities. You can practice your swordsmanship on bamboo striking posts throughout the island, follow foxes to hidden shrines and pay your respects, soak in hot springs, and even compose somewhat customizable haiku, all of which prepare you for the encounters ahead in one way or another.

You can mark spots on your map to explore and use the environmental directional cues (in the form of gusts of wind that bring the landscape to life) to get where you need to go. Still, the option to fast travel is available, and I suggest you use it if you don’t feel like cutting open half a dozen throats every five minutes as you visit familiar places. But you might want to take your time exploring the island, because you’ll be awestruck by its majesty.

Indeed, Tsushima’s beauty is absolutely astonishing. The island, verdant and lush with foliage, is teeming with colors. Bamboo thickets with thick, green trunks blot out the sun. Forests of Palmate maple trees cover the island, their leaves seeming to fall forever, creating a feeling of perpetual autumn. On horseback, Jin runs his hands through what feel like endless fields of white pampas grass (that double as camouflage from enemies). In an era where many games have adopted a color palette more appropriate for a ditch on the side of a highway, scaling mountains to offer prayers at shrines often gifts you a gorgeous panoramic view of the surrounding areas, lush forests and burning farms included.

Even in its duels against Mongol generals, guardians of ancient treasures, or greedy ronin looking for the same mythical talismans as you, the art direction is impeccable. Ghost of Tsushima’s visuals are strongly influenced by the work of Japanese director Akira Kurosawa, and it shows (there’s even an Instagram-like “Kurosawa mode” filter that transforms the world’s vibrancy into a grainy, black and white homage to the filmmaker — it’s a gimmick, but a fun one). It even offers a Japanese voice track, though the character models still move their mouths as though they were speaking English, a real disappointing misstep.

From start to finish, its story is engrossing, if a bit predictable. But Ghost of Tsushima’s denouement still brought tears to my eyes, a first when it comes to video games, and real surprise to me. I didn’t realize I was literally on the edge of my seat, watching Jin come to terms with the consequences of his actions until the credits rolled, leaving me with a wet beard and desire to finish what Jin Sakai started. 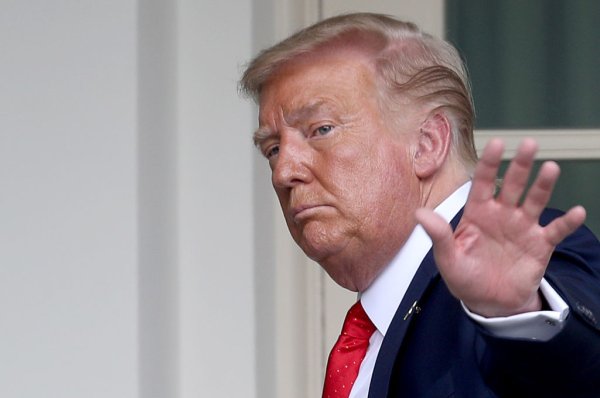 TikTok Teens Are ‘Going to War’ Against the Trump App
Next Up: Editor's Pick