China announced sanctions against U.S. officials including Senators Marco Rubio and Ted Cruz, in a largely symbolic retaliation over legislation intended to punish Beijing for its treatment of ethnic minorities in the Xinjiang region.

Chinese Foreign Ministry spokeswoman Hua Chunying said “sanctions” against the four officials would begin Monday, without elaborating. Hua listed Rubio and Cruz — both Republicans and high-profile critics of China — as targets of the unspecified measures, in addition to Sam Brownback, Representative Chris Smith and the Congressional-Executive Commission on China.

Both the U.S. moves and Chinese response were largely symbolic, since both groups of officials were unlikely to have much financial or legal exposure to each other’s countries.

The U.S. decision marked the first

time the U.S. has sanctioned a sitting Chinese official under the 2016 Global Magnitsky Human Rights Accountability Act, which gives the U.S. broad authority to impose human-rights sanctions on foreign officials. Senior administration officials had been pushing for the sanctions for months but had been stymied by President Donald Trump, who fretted that they would complicate his U.S.-China trade deal. 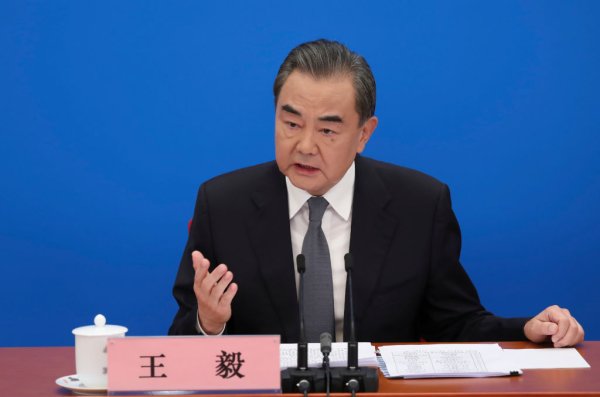