'We Heard Birds.' Paris Mayor Anne Hidalgo on How Lockdown Offered a Glimpse at a Greener City

The cyclists pedaling up to a cobbled square on Paris’ Left Bank looked like any group of friends enjoying a Sunday afternoon ride in late June. But this was no casual outing. To them, it was a revolution in the making. From one bike hopped a slight dark-haired woman in a Chicago Cubs windbreaker: Anne Hidalgo, the mayor of Paris. Unclipping her bike helmet, she told journalists gathered there that the French capital needed to drastically cut car use–the key message on the campaign trail for her re-election on June 28. “We are getting there,” she said, “but we have long way to go.”

Hidalgo is hardly alone among city leaders in trying to transform urban life. Across the U.S. and Europe and even in the megalopolis of Istanbul, mayors have pledged to create millions of acres of new parkland, finance companies’ switches to solar-powered electricity, retrofit buildings and ban private cars from inner-city districts, all in an effort to cut carbon footprints and rein in pollution.

Their efforts could not be more urgent. It was national leaders who signed the Paris Agreement, a 2015 global climate pact on carbon emissions. But it is the cities, where most of the world’s population lives, that must figure out how to meet those targets. While cities occupy just 2% of the earth’s surface, they consume 78% of the world’s energy and produce more than 60% of its entire carbon emissions, according to U.N. statistics. “Cities are a relic of the industrial age,” says Richard Florida, an urban specialist at the University of Toronto. “They have to be redesigned to be healthier and safer.”

The eerie silence that fell over the world’s cities during months of lockdown helped reinforce that message, says Hidalgo, sitting in her vast wood-paneled office in Paris’ city hall two days after clinching a second six-year term. “We could breathe. We heard birds,” she says. “It was not real life. People were afraid,” she adds, in a nod to the nearly 30,000 French killed by the coronavirus. “But nonetheless, we thought, ‘If it could be like this, how pleasant it would be.'”

The years since Hidalgo came to office in 2014 have been anything but pleasant for Paris, from the devastating terrorist attacks of 2015 to the calamitous fire in Notre Dame cathedral last year. Yet even as tragedies struck, she kept rolling out plans to transform her city into a greener and more people-friendly place. Her ambitions have won her plaudits from the green lobby but also the ire of drivers and other Parisians.

Hidalgo’s most controversial act has been to create about 870 miles of bike lanes that now crisscross Paris, a plan she intends to vastly expand. In the process, Hidalgo has eliminated thousands of parking spaces and shut several key roads entirely to car traffic. That includes the road on the northern bank of the Seine River, which for years allowed drivers to zip across the city in minutes; now it is reserved for pedestrians. From 2024, diesel cars will be banned from Paris. Meanwhile, engineers have mapped the city’s buildings according to their energy efficiency, the mayor says, and so far have retrofitted about 50,000 of them with better insulation and ventilation. Hidalgo has also loosened rigid building codes, allowing residents, for example, to plant trees in their neighborhoods–an act that previously required overcoming steep bureaucratic hurdles.

Globally, Hidalgo has also been one of the most visible city executives on climate change since her city hosted the COP 21 summit, when the Paris Agreement was signed, in 2015. Until late last year, she was the rotating chair of C40, an organization of large cities founded in 2005 to coordinate local climate policies. The group has emerged as a crucial network for city leaders trying to roll out environmental initiatives, especially in countries–like the U.S.–where federal officials offer little help. “We are pretty much on our own,” Philadelphia Mayor Jim Kenney told TIME at a C40 meeting in Copenhagen last October, referring to American mayors. “We can have a big impact, but we cannot do it all.” The sense of sharing a green foxhole has forged a bond among mayors that has held through the pandemic. One of the first calls Hidalgo received after her re-election victory was from Los Angeles Mayor Eric Garcetti, who succeeded her as head of C40.

The group convened online in May to discuss how to reshape their cities in the wake of the coronavirus pandemic, and many mayors are already beginning to take action. Giuseppe Sala, mayor of Milan, has proposed 22 miles of new bike lanes, telling a reporter, “People are ready to change attitude.” London Mayor Sadiq Khan increased the tolls for driving into the inner city.

Hidalgo has also seized the moment. As millions of Parisians languished indoors, the city quietly turned another 31 miles of road into bike lanes and named them corona pistes, or “corona lanes.” By the time the city reopened, in mid-May, residents found that cars were no longer allowed on the main east-west artery, Rue de Rivoli. Now you can cycle or scoot through the commercial heart of Paris, from the Louvre Museum to the Bastille Square, in minutes. Handily for the bike-loving mayor, the bike lane cuts straight past city hall. “I often go by bike from my home to city hall, and there are no cars, just bikes and pedestrians,” Hidalgo says. “All of a sudden there is this silent space.”

Now that she has won re-election, she is thinking of new ways to transform the urban environment. One key concept is the “15-minute city,” crafted by one of Hidalgo’s consultants, Carlos Moreno, a professor of innovation at the Sorbonne University in Paris. The idea is to develop infrastructure enabling residents to access services like public transportation, stores and schools, all within a quarter-hour walk from home. “We’ve seen through the COVID pandemic that it’s possible to work differently, to create new hubs,” Moreno says. “I am optimistic.”

Not all Parisians feel so upbeat about the changes. The morning after I met Hidalgo in her office, thousands of drivers working for Uber and other private taxi companies converged on Paris’ Boulevard Raspail, a major road cutting through the Left Bank, in an enraged demonstration against the mayor’s anti-car program. For hours, they parked their cars across two lanes along several miles of the four-lane boulevard, honking their horns. “We have 2,500 drivers demonstrating, all because of Mme. Hidalgo,” fumed Anthony, 53, at the postelection protest against Hidalgo; he runs his own private taxi service and declined to give his last name. “This is not a matter of being for the environment or against the environment. Look, we are driving electric cars!” he said, pointing at some of the vehicles.

And yet increasingly, voters are on the side of the environmentalists. The June 28 elections saw France’s green party, called EELV, win mayorships in major cities like Lyon, Bordeaux and Strasbourg. Hidalgo also owed her victory in some measure to an election alliance with the greens. Green parties also won nearly 10% of the seats in the European Parliament last year, as well as about 20% of votes in Germany’s local elections, with many voters saying that climate change was now their biggest worry. Hidalgo says she is not surprised. “I have seen this coming for a long time,” she says. “The preoccupation around the environment among residents is very, very strong in all the big cities of the world. It is really the No. 1 subject.”

Beyond the current crisis, Hidalgo has her eyes set on July 2024, when the Olympic Games are scheduled to kick off in Paris. Hidalgo says she envisions a city finally transformed through the Olympics. A string of riverside public pools, purpose-built for the Summer Games, will become permanent fixtures, with the Seine cleaned and swimmable. The immigrant-heavy town of Seine-Saint-Denis, northeast of Paris–one of the poorest areas in France–will see a building boom, with an eco-friendly Olympic Village and Media City and the Olympic aquatic center all located there. Electrified rapid transit will be expanded across the capital. And despite the steep Olympic budget for the city of about $8 billion, Hidalgo is determined to adhere to environmental principles; she nixed a €100 million ($112 million) sponsorship deal with the French oil giant Total and has banned the fossil-fuel industry from being involved. “The Games will be a very, very important motor to transform the city,” she says.

If her prediction proves correct, Parisians will soon be living in a much leafier city, and with far more quiet–even with the honking from drivers protesting Hidalgo’s ideas. 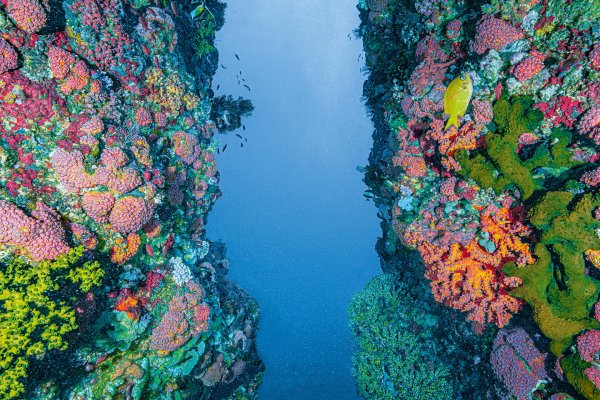 2020 Is Our Best Chance to Save the Oceans
Next Up: Editor's Pick