We Can't Solve the Climate Crisis Unless Black Lives Matter

Getty Images
Ideas
By Ayana Elizabeth Johnson
Johnson is a marine biologist, founder of Urban Ocean Lab and co-editor of All We Can Save: Truth, Courage, and Solutions for the Climate Crisis

The Black Lives Matter movement is not a distraction from saving the planet. We can’t solve the climate crisis without people of color, but we could probably solve it without racists.

Whether it’s Hurricane Katrina or air pollution, storms and exposure to toxins cause much greater harm to communities of color. (Although, yes, in the longer term, climate change is coming for us all, even if you have a bunker in New Zealand.) So it follows that if we’re thinking about how to become more resilient to the impacts of climate change, we must focus on the people who are actually the most impacted. And we must understand that it is people from their own communities who are best equipped to lead them.

I simply don’t see how we win at addressing the climate crisis without elevating Black, and Indigenous, and Latinx, and Asian leaders. Because it is not merely a technical challenge we are facing. It’s not just about solar panels and electric cars. This is about how we implement solutions, how we replicate and scale them; it’s about communities and governments and corporations changing the way they do things–solving the climate crisis is about everything. So we need to find ways that everyone can be a part of this transformation.

If climate organizations fail to prioritize welcoming people of color, the movement will never grow large enough to succeed. Furthermore, people of color are significantly more concerned about climate change than white people are (49% of whites, 57% of Blacks, 69% of Latinx). That’s tens of millions of people of color in the U.S. who could be a major part of the solutions we need if unburdened by white supremacy.

The climate crisis requires that we build the biggest team possible. So wouldn’t it make sense to prioritize the people who already get it?

For environmental groups, whether to consider justice is no longer a question; it is now expected. But there is an impulse to oversimplify and say climate justice is racial justice, to use an equal sign. While they are inseparably intertwined, they are also distinct, layered. In the wise words of feminist and civil rights activist Audre Lorde, “There is no such thing as a single-issue struggle because we do not live single-issue lives.”

How we address climate change will determine what the future holds for humanity. How do you deal with a crisis facing humanity without caring about the humans? Who are we saving the planet for?

Let’s include ever more expansive understandings of justice in environmental work. Let’s integrate an understanding of interdependence. Let’s take a holistic approach inspired by ecosystems. Let’s value human diversity as much as we do biodiversity. Let’s think about the world we want to live in, and how we can build it, together. 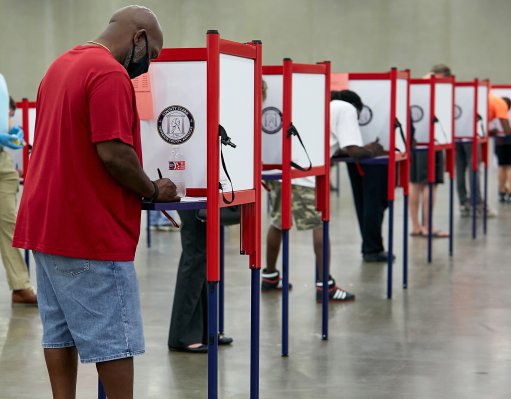 Don't Try to Change Minds of Climate Skeptics. Vote Them Out
Next Up: Editor's Pick