'Entire Genres Were Defined by Him.' Composers Explain What Made Ennio Morricone's Film Scores So Special

After the death of Ennio Morricone, TIME asked film composers to reflect on his impact and legacy.

Danny Elfman: You Know His Music, Even Without Knowing It

The 20th century was the era of film music, and the world just lost one of that century’s true giants. Ask a dozen film composers to name their heroes and you’ll get many different answers, but I would confidently bet that one name will be on every single list. The name of a true, undeniable musical genius: Ennio Morricone.

But Morricone, who died at 91 on July 6, was more than a musical hero. He was an icon. What really set him apart were his absolutely unique sensibilities. His imprint on cinema music’s culture was so strong that entire genres were defined by him. His 1960s compositions for Sergio Leone’s westerns, like The Good, the Bad and the Ugly, entered the popular culture so deeply that almost every­one knows their sound, even without being aware of it. And countering that highly idiosyncratic music were scores so lushly romantic, like that of Once Upon a Time in America, they redefined what truly emotional and purely evocative film music could aim for. His was the high mark.

His work goes beyond the movies he composed for and will be deeply embedded in the art of film music for as long as there is film. He will be missed, but his music will not be forgotten.

Alexandre Desplat: He Invented His Own Language

A chime, a crying harmonica, a voice, a whistle, a long melody unfolding on a single low tone…

For the music in Western movies, there is a before and an after: aside from a few, like Rio Bravo (Dimitri Tiomkin) and The Magnificent Seven (Elmer Bernstein), Ennio Morricone erased from memory every previous score. His voice was so strong that any composer who would try to imitate him would fall under its spell.

His genius was to invent his own language of film music. It was a language of his time, the 1960s and ‘70s, but built on a strong classical background. His scores, shamelessly melodic, used an unknown and sophisticated combination of instruments and sounds to create something absolutely unique that would immediately open your imagination beyond the movie. In a time when directors did not fear composers with a strong voice, Morricone wrote scores like operas or symphonies, with passion, scope, bravura and intelligence. The way he could capture emotions, humor, suspense and nostalgia showed his extraordinary sense of narrative, which fascinated filmmakers like Pier Paolo Pasolini, Bernardo Bertolucci or Sergio Leone—and made him one of the finest Italian composers of the 20th century.

A chime, a crying harmonica, a voice, a whistle, a long melody unfolding on a single low tone… We will always hear the vibrations of Ennio’s music and feel it in our hearts. 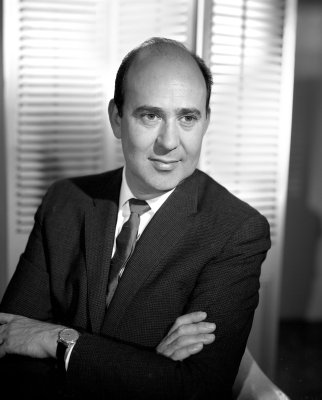