A History of the Newly Resurgent 'Black National Anthem'

Jon Batiste leads a protest March in Manhattan in June 2020, where he and his band performed "Lift Every Voice and Sing."
Ira L. Black/Corbis via Getty Images
By Andrew R. Chow

When the National Football League kicks off its season on Sept. 10, it will do so with a song that is unknown to some Americans and essential to others. “Lift Every Voice and Sing,” otherwise known as the Black national anthem, was introduced to many by Beyoncé when she sang it at Coachella two years ago. But the song has long been a pillar of Black culture and life, sung at church ceremonies, political protests, school graduations and family gatherings. “Four generations of my family, at least, have lived with this anthem,” Imani Perry wrote in May Forever We Stand, her book about the song. “It is our common thread.”

During the NFL’s opening week, “Lift Every Voice and Sing” will be performed before each game, ahead of “The Star Spangled Banner,” as an effort to reinforce the league’s professed newfound alignment with Black Lives Matter. But this decision—which has been met with skepticism across the ideological spectrum—is just the latest example of the song’s reinvigoration in American public life. It’s been performed at protests across the country following the police killing of George Floyd, slipped into national anthems at NASCAR races and even co-opted by Joe Biden for one of his campaign proposals, “Lift Every Voice: The Biden Plan For Black America.”

Here’s a history of the song, and an examination of how its influence has persisted over 120 years.

“A universal signifier of Black identity”

“Lift Every Voice and Sing” was written during a fraught moment in African-American history. At the dawn of the 20th century, post-Civil War reconstruction efforts were being dismantled; segregation had been codified through Plessy v Ferguson; and a Jim Crow reign of terror and exploitation was taking hold across the country.

In this hostile climate, many Black communities turned inward, forming their own schools, newspapers, musical groups, religious and social organizations. James Weldon Johnson and John Rosamond Johnson, two brothers from Jacksonville, Fla., were steeped in these institutions: James was a poet, lawyer and the principal of a segregated school, while John Rosamond taught music there.

In 1899, James set out to write a poem commemorating the birthday of Abraham Lincoln. “My thoughts began buzzing round a central idea of writing a poem about Lincoln but I couldn’t net them,” he wrote in his autobiography, Along This Way. Instead, he wrote a poem about Black struggle and perseverance and asked his brother to set his words to music. The result, which moved James himself to tears, captured a painful history of oppression (“Stony the road we trod/ Bitter the chastening rod”) while ending on a note of resilience: “May we forever stand/ True to our God/ True to our native land.”

The song was first performed the following year at Johnson’s school by a group of 500 children. The Johnsons would soon move out of Jacksonville following a deadly fire that ripped through the city. They brought the song to a Harlem arts scene that was quickly becoming a hotbed of creativity. Meanwhile, the song would also independently spread outward from its original city. “The school children of Jacksonville kept singing it; they went off to other schools and sang it; they became teachers and taught it to other children,” James said in 1935.

As the song was passed along communally, it was also boosted by powerful Black leaders and organizations, including the National Association of Colored Women’s Clubs and Booker T. Washington. In 1919, the NAACP named it its official song; James Weldon Johnson would be appointed the organization’s first African American executive secretary a year later.

Before long, “Lift Every Voice and Sing” would become, in Perry’s words, “a universal signifier of Black identity.” It was sung at church services, civic organization meetings, pageants and graduations; it anchored Emancipation Day and Negro History Week celebrations and daily school rituals.

A symbol of resistance

As Black activists continued to mobilize in their fight against discrimination and segregation, “Lift Every Voice and Sing” took on an increasingly political bent, symbolizing defiance in the face of white oppression. In 1929, it was sung in support of the unionization of Black porters; In 1936, it opened the first conference of the National Negro Congress, an anti-fascist organization fighting for Black liberation. Maya Angelou, in her autobiography I Know Why the Caged Bird Sings, recalled singing the song with her Black classmates in Oakland as a rejoinder to a visiting racist white politician.

When the Civil Rights Era began in the 1950s, “Lift Every Voice and Sing” was sung during organizational meetings for the Montgomery Bus Boycott and quoted in speeches by Dr. Martin Luther King, Jr. But as folk music rose to the fore, the song was soon supplanted by a new wave of freedom songs like “We Shall Overcome” and “We Shall Not Be Moved,” whose simple and direct choruses were sung with fervor at marches from Selma to Washington.

“Lift Every Voice and Sing,” however, would soon regain its urgency, as harrowing police violence and unwavering systems of segregation would mar the early pacifist optimism of the Civil Rights Movement. In Forever We Stand, Perry writes that by the late ’60s, “We Shall Overcome” “seemed naive and even insipid in comparison to the reach for soul and the deliberate invocation of the African continent and diaspora.”

As a new generation of Black activists, artists and politicians rose to the fore in the ’70s, they adopted “Lift Every Voice and Sing” as a symbol of resistance. Following King’s assassination, a crowd in Roxbury, Mass., sang the song, with Reverend Virgil Wood declaring, “We will not sing the anthem that has dishonored us, but we will sing the one that has honored us.”

The song was played regularly at Black nationalist meetings, and in 1972 became the anthem for Black students in Newark who staged walkouts demanding Black teachers and Black curriculum. Three years later, James Brown slipped a line from the song into the national anthem before Muhammad Ali’s bout against Chuck Wepner, pleading, “we wanna be free.”

“Lift Every Voice and Sing” would remain an essential part of the fabric of Black culture in the coming decades, with Ray Charles, Aretha Franklin, Kim Weston, Stevie Wonder and many more performing covers. Spike Lee placed a snippet of the song in his seminal film Do the Right Thing; In 2009, Rev. Joseph Lowery quoted the song during President Barack Obama’s inauguration.

The musician Jon Batiste has played his part in keeping the song relevant: as the bandleader of Stay Human, which anchors The Late Show With Stephen Colbert, he’s often worked the song into broadcasts, particularly when a Black guest is on the program. “There are so many appropriate moments to bring it out,” he says. “Sometimes when I play it it’s almost equivalent to saying, ‘look y’all, we made it!’”

But Batiste also recognizes the more somber aspects of the song, especially given that his grandfather, who was the president of a New Orleans postal workers union, often marched to the song at Civil Rights protests. “It connects us to the history of all the people who we stand on the shoulders of—who have marched and fought and died for the freedoms we enjoy and that we’re trying to improve upon,” he says.

When George Floyd was killed by Minnesota police earlier this year, Batiste organized a musical protest in New York, marching from Union Square to Washington Square Park. He and his band opened the procession with the song, and then played it four to five times along the way, with marchers singing along. “When you play that song, people rise up and stand together and remember all that we have gone through,” he says. “It’s like saying, ‘If we can get through all of that, we can transcend even this moment of atrocity.”

Batiste is one of many who are turning to “Lift Every Voice and Sing” in this current moment. The song has been sung at protests from Seattle to Delaware; Stanford alumni recorded a socially distanced choral version, while the oboist Titus Underwood led a symphonic version featuring an all-Black orchestra. At a NASCAR race, saxophonist Mike Phillips and pianist West Byrd slipped it into the national anthem, just as Brown had decades before.

That performance, perhaps unsurprisingly, drew ire from some on the right, who felt it unpatriotic to tweak the national anthem. Meanwhile, when the NFL announced it would feature the song on opening week, some members of the Black community felt that the decision ignored the song’s history and original intent. “For it to be co-opted by an organization like the NFL is very troubling to me,” Shana Redmond, a professor of musicology and African American studies at the University of California, Los Angeles, says. “I’m thinking about the ways in which symbols are manipulated for profiteering, for easy concessions in moments of violence, and become an opportunity to elide accountability for the structural damage the NFL in particular continues to wreak out.”

Regardless of the song’s usage this September, its influence on Black culture over more than a century has been immeasurable—and musicians like Batiste hope that it will continue to represent solidarity and defiance for years to come. “There’s so much that can be done in a musical context to tie people to the past while moving them to the future,” he says. “That’s what the song will continue to do—and I’ll be playing it as long as I’m out here.” 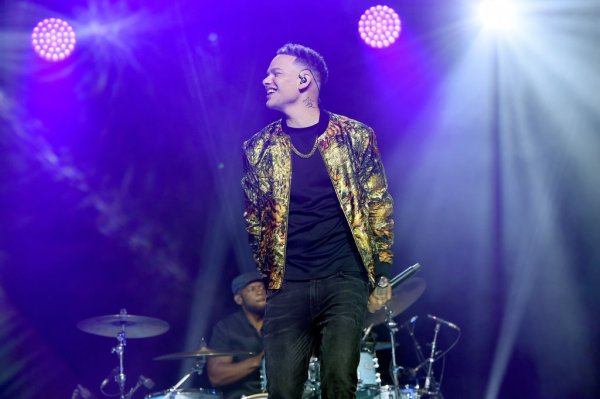 The Best New Songs of July 2020
Next Up: Editor's Pick