That announcement came after internet giants from Facebook to Google and Twitter voiced opposition to national security legislation that grants the Hong Kong government sweeping powers to police the online and public spheres. TikTok, which has insisted it operates independently of Beijing despite its Chinese ownership, may be able to argue the withdrawal is a move to escape requests to censor content or share user data.

But its retreat could also benefit the Communist Party by removing a forum pro-democracy protesters have used to post videos calling for an independent Hong Kong. The Chinese-owned company didn’t explain its decision but said its Hong Kong exit could occur within days.

“In light of recent events, we’ve decided to stop operations of the TikTok app in Hong Kong,” a spokesperson for the service said.

ByteDance, the world’s most valuable startup, operates some of the world’s most popular social media platforms. TikTok in just a few years became the destination of choice for mainly younger Americans and lip-syncing, dancing Indians. Its Chinese-only twin Douyin and other services such as Toutiao have grown into major venues for more than 1.5 billion people in its home country and beyond.

But that virality is provoking scrutiny around the globe about both its control of valuable personal data — particularly of youths — and censorship policies deemed pro-Beijing. On Monday, U.S. Secretary of State Michael Pompeo told Fox News “we’re certainly looking” at a ban on Chinese social media apps including TikTok. It’s also the largest and most prominent of 59 Chinese services India has banned, reflecting growing tensions between the neighboring countries after a deadly border skirmish in the Himalayas.

On Tuesday, Hong Kong Chief Executive Carrie Lam sidestepped a question about how her administration will respond to decisions by Google, Facebook and Twitter to suspend processing user data requests, over concerns about suppression of free speech. Pompeo blasted the Communist Party’s “Orwellian censorship” in a statement.Sensor Tower data showed that as of September 2019, TikTok had about 1.8 million downloads in Hong Kong, a city of 7.4 million people. It’s unclear if ByteDance plans a substitute for TikTok — Douyin, its closest cousin, is available only in China.

While TikTok’s withdrawal may be viewed as support for the pro-free speech camp, the Chinese-owned service — which likes to portray itself as mainly a fun venue for self-made music videos — has come under fire repeatedly for censorship.

TikTok has faced persistent allegations its decisions on content align with Beijing’s priorities. It has targeted videos related to pro-democracy protests in Hong Kong, the mistreatment of Muslims in China’s Xinjiang region,and standoffs at the India-China border. Last year, a ByteDance spokesman told Bloomberg TikTok didn’t remove videos from the Hong Kong protests for political reasons, saying they may have instead been taken down for violating guidelines around violent, graphic, shocking or sensational content.

TikTok in June took a major step toward burnishing the service by hiring Kevin Mayer, the architect of Walt Disney Co.’s direct-to-consumer video strategy. Mayer, who runs TikTok globally, may help smooth relations with U.S. lawmakers and interest groups while attracting talent and new content to speed its international expansion. 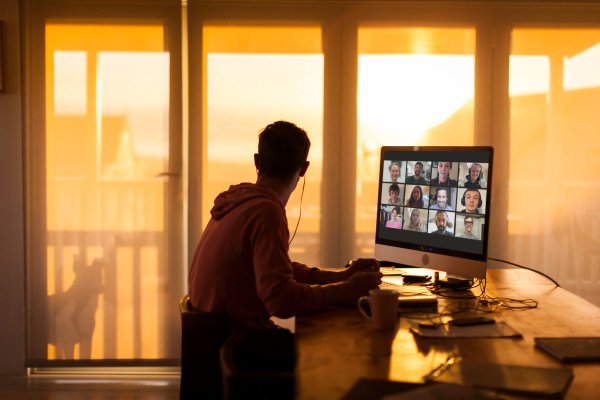 Want to Stop Looking Terrible on Zoom? 7 Quick Tips to Up Your Video Calling Game
Next Up: Editor's Pick