Yes, COVID-19 Deaths Are Down. But There Are Worrying Signs of a Major Spike Ahead

In its ongoing campaign to minimize the coronavirus pandemic in the United States, the Trump Administration has repeatedly touted the fact that, while cases are skyrocketing on a national level, the number of daily deaths remain low relative to the height of the outbreak earlier this year.

“In a certain way, our tremendous testing success gives the Fake News Media all they want, CASES,” President Donald Trump tweeted over the weekend. “In the meantime, deaths and the all important mortality rate goes down.”

It is true that deaths due to COVID-19 are trending downwards, even as cases and hospitalization rates increase. However, infectious disease experts say it is too early to celebrate the lower mortality rate we’ve seen in recent weeks.

In part, that’s because it takes days, weeks or even months for a person to become infected, get sick, and die of COVID-19. On average, it takes five days for a person to develop symptoms after they’re infected, although in some cases it can take as long as two weeks. In most cases, it then takes additional time for people to become so severely ill that they need to be hospitalized. It might then take days or weeks more before they die. (Many people, of course, experience no or only minor symptoms, and never require hospitalization.)

The recent surge of COVID-19 cases in states like Arizona, Florida and Texas was first detected in late May. It’s likely too soon to tell for sure whether that surge will lead to a spike in deaths. But at least in one state, Texas, there’s already a major warning sign that more deaths are coming: hospitalizations are spiking, meaning lots of people are getting severely ill. And in New York, which was the hardest-hit state before the virus ebbed there, deaths clearly lagged behind hospitalizations:

In Texas, hospitalizations are already increasing rapidly by the day. Deaths are rising, slowly, for now—but based on trends seen elsewhere, like in New York, they will likely soon jump up as well:

“There are a lot of warning signs,” says Alison Hill, an infectious disease modeler at Harvard University. “Cases are going up very rapidly. The percent of tests that are being done, that are actually coming back positive for COVID, is really high. Those are all warning signs that in a few weeks we’re probably going to have a lot of people in the hospital, and a lot of people passing away.”

Even when deaths start to spike, we may not know right away, because of a lag in processing the sick and deceased. Doctors must often wait for test results, and it takes time to fill out death certificates. The rate at which states report deaths can also vary significantly.

Deaths may also be lagging because of who’s getting tested in the first place. The average age of people testing positive with COVID-19 has dropped, partially due to increased testing, and partially because some states reopened businesses that attract younger people, like restaurants and bars. Younger patients are less likely to experience the worst symptoms or die of the disease. And early in the pandemic, many of the deaths were centered in long-term care facilities, which may have become better at protecting residents over time.

However, Hill says that younger people who contract the virus can still spread it to older or otherwise more vulnerable people, potentially leading to more deaths further down the road. “I just don’t think that this will only be confined to 20-year-olds,” she says. “The population just isn’t isolated like that.”

Infectious disease experts have also raised other theories that could explain the drop in deaths. Hospitals may have gotten better at treating severe COVID-19, thanks to a combination of research and experience with what’s been a perplexing virus. Patients may also be more aware of the disease’s risks than earlier in the pandemic, which means they may go to the hospital sooner than before. Furthermore, some have raised the possibility that the virus has mutated into a less severe form.

But Hill says the virus is evolving “very slowly” so far, and she doesn’t see convincing evidence that it’s become less virulent. And that the data can lag behind reality, she says, is cause for more caution, not premature celebration. “You really need to do everything you possibly can now to stop spread, because by the time we start seeing hospitalization and deaths increase, it’s a little bit too late,” she says.

The Texas chart in the original version of this story incorrectly showed cumulative deaths. It has been updated to show daily deaths. 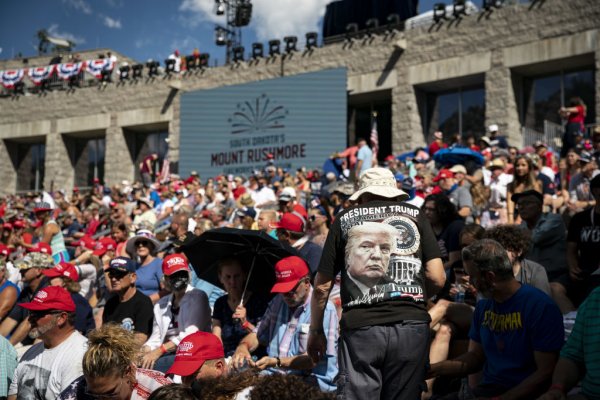