Broadway actor Nick Cordero, who starred in the plays “Bullets over Broadway” and “Waitress,” died Sunday after a three month battle with COVID-19. He was 41.

The actor, who according to his wife had no pre-existing health conditions before being infected with the coronavirus, had been in the hospital for more than 90 days and had suffered complications including mini-strokes and a lung infection. His right leg was amputated before he died, and he was put into a medically induced coma.

“God has another angel in heaven now,” Cordero’s wife, Amanda Kloots, wrote on Instagram on Sunday night. “My darling husband passed away this morning. He was surrounded in love by his family, singing and praying as he gently left this earth.”

Cordero was nominated for a Tony Award in 2014 for his role as a tapdancing gangster in the play “Bullets over Broadway.”

He and Kloots moved to Los Angeles last year, where he had most recently been acting in an adaptation of “Rock of Ages” on Hollywood Boulevard.

Actor Zach Braff, a close friend of Cordero, paid tribute on Twitter. “I can honesty tell you I have never met a kinder human being,” the Scrubs star wrote. “Don’t believe that Covid only claims the elderly and infirm.”

“I am in disbelief and hurting everywhere,” Kloots wrote in the post announcing Cordero’s death. “My heart is broken as I cannot imagine our lives without him. Nick was such a bright light. He was everyone’s friend, loved to listen, help and especially talk. He was an incredible actor and musician. He loved his family and loved being a father and husband.”

Kloots and Cordero have a one-year old son, named Elvis.

Lin Manuel Miranda, the creator of hit musical Hamilton, also paid tribute to Cordero on social media. “Devastating. What a loss, what a light. Whole heart with Amanda and his family tonight,” he wrote on Twitter. 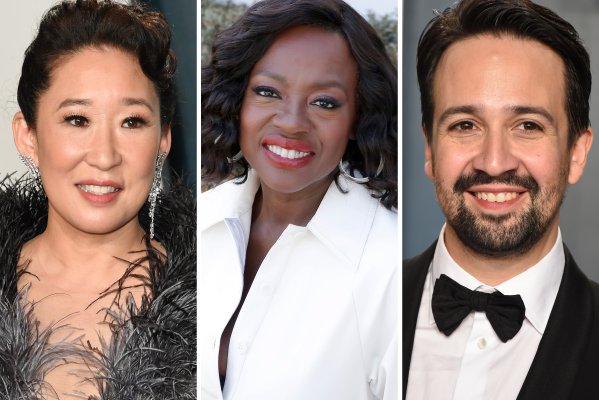 An Open Letter Slams Racism in the Theater
Next Up: Editor's Pick