Tokyo Governor Yuriko Koike scored a landslide victory in an election for a second term, as the city tries to keep a fresh surge of Covid-19 in check and maintain hopes of hosting the Olympics in 2021.

Koike, the first woman elected to govern the city of 14 million people, prevailed over 21 challengers on Sunday to win another four-year term. She took about 60% of the vote, beating her nearest contender anti-poverty campaigner Kenji Utsunomiya, the former head of the Japan Federation of Bar Associations, by about 46 percentage points, results on Monday showed.

Koike, who had gained support over the past few months for her management of the disease, said shortly after declaring victory that “the most urgent problem now is dealing with the virus.”

Her win comes after the daily tally of confirmed cases almost doubled in just three days, to 131 on July 4, and Koike asked residents of the capital not to travel to other parts of the country unnecessarily. The count was 111 on Sunday.

Koike said she wanted to set up a Tokyo version of the U.S.’s Centers for Disease Control and Prevention with existing resources. Although the current situation may seem similar to March and April when cases spiked, it’s different in that many of the infected are in their 20s and 30s who are less likely to fall severely ill, she said.

Local governments had urged residents to cast their votes in advance or early in the day to avoid crowds that could spread the coronavirus. Koike herself shunned public speeches for safety reasons, instead opting to campaign online.

Former TV anchor Koike became a constant media presence as Covid-19 infections peaked in the Japanese capital in April, pressing people to stay home and businesses to shut down. Her support rate soared by 20 percentage points to around 70% between March and May, according to one poll, with many respondents rating her as one of the more effective political leaders during the crisis.

If all goes to plan, Koike could host a delayed and scaled-back Tokyo Olympics next summer. In the meantime, she has pledged to prepare the capital for another wave of viral infections, while allowing for economic activity.

Tokyo’s gubernatorial election tends to attract a colorful array of candidates. They included Masayuki Hiratsuka, who campaigned under the slogan: “Corona is just a cold,” and Taro Yamamoto, who called for the Olympics to be canceled.

Just over four years ago, former environment minister Koike gave up her seat in parliament to run in the capital’s election, pledging to slash her own salary and cut the cost of hosting the summer games. She defeated 20 rivals including one backed by Prime Minister Shinzo Abe’s ruling Liberal Democratic Party, of which she had been a prominent member, then led a new political group to victory in the Tokyo assembly election.

Koike next tried to build on her success by launching a national party in a bid to topple Abe, but failed when he called a snap general election before she was fully prepared.

Despite their history of bad blood, Koike had at least the tacit acceptance of the LDP, which did not support a candidate against her this time around. It is unclear whether the 67-year-old will seek to return to parliament after her second term ends in 2024. 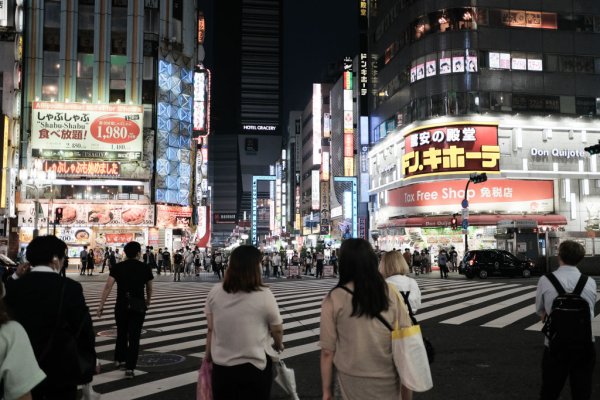