Presidential candidate Joe Biden has criticized two of President Donald Trump’s appointees at U.S. agencies for being Islamophobic, pointing out that they have “both published offensive, anti-Muslim tirades on social media.”

Biden’s statement on Sunday followed a request to speak on-the-record from Muslim advocacy group Emgage Action, which was exclusively obtained by TIME. It takes aim at Mark Kevin Lloyd, who President Donald Trump appointed as Religious Freedom Adviser at the U.S. Agency for International Development (USAID), and Brig. General Anthony Tata (Ret.), who was nominated to be Under Secretary of Defense for Policy in the Department of Defense.

Biden’s statement pointed to a number of older Islamophobic social media posts from the two nominees. Lloyd had said in now-deleted Facebook posts from 2016, cited by the Associated Press, Emgage Action and Biden, that Islam was a “barbaric cult” and that people should be forced to eat bacon before buying a gun. Biden’s statement also noted Lloyd had previously referred to the religion as “violent in its doctrine and practice.” A screenshot of that post is linked to by national civil rights organization Muslim Advocates.

Tata had posted in now-deleted Tweets that “Islam was the most oppressive violent religion I know of” and that President Barack Obama was a “terrorist leader,” per CNN and Biden’s statement. The former Vice President’s statement also referenced a comment by Tata that Obama “did more harm to US vital interests and help Islamic countries than any president in history.”

“Islamophobia is a pernicious disease. It does not belong in the halls of government,” Biden said in a statement provided to TIME, promising that under his presidency he would “appoint individuals who represent the values of our nation and respect all racial, ethnic and religious communities.”

House Democrats, including Reps. Ilhan Omar and Joaquin Castro, have called for Lloyd’s nomination to be rescinded in a statement on Monday, saying he has a “proven track record of prejudice towards those of the Islamic faith and Muslim majority countries, discrimination that is antithetical to USAID’s mission of global development and religious freedom.” The two representatives also sent a letter to USAID’s acting administrator on Monday.

“Someone who doesn’t recognize the importance of religious diversity in our country cannot credibly promote religious freedom internationally,” Omar said. “This appointment will severely weaken USAID’s ability to assist the world’s poorest countries including many predominately Muslim nations.”

“USAID works with countries that are 32% majority Muslim and all of those countries need our help,” Castro said. “I fear with Mr. Floyd at the helm those countries will face further discrimination.”

The new nominees have caused an uproar among some current and former USAID employees. Members of USAID staff, including those from minority backgrounds, expressed their frustration with the agency in a letter to its acting administrator last week, Axios reported. And Steven Radelet, who was chief economist at USAID from 2011-2012, tells TIME it’s “horrifying” that Lloyd is working in this position, because of the message it sends to the international partners and agency employees. Radelet says it’s “impossible” to look at the hiring of Lloyd as a “one-off thing.”

Acting USAID administrator John Barsa had previously defended Lloyd and two other USAID officials who were criticized for making anti-LGBTQ remarks. He said the trio had been the target of “unwarranted and malicious attacks,” in a public statement on June 8, and that he has “full confidence that each political appointee at USAID has and will continue to implement the President’s policies and agenda to the best of his or her ability.”

Asked about Tata and Lloyd’s comments about Islam, the Department of Defense directed TIME to the White House for comment. The White House did not immediately offer a comment on Biden’s statement.

Wa’el Alzayat, CEO of Emgage Action, called for Lloyd’s nomination to be rescinded and said his Islamophobic comments should have been considered during the nomination process.

“How could one properly serve as USAID’s Religious Freedom Advisor while espousing a horrifyingly Islamophobic track record?” Alzayat said in a statement emailed to TIME. “We are calling for Lloyd’s resignation–because Islam cannot be the exception when assessing one’s ability to advise on religious freedoms for a government agency.” 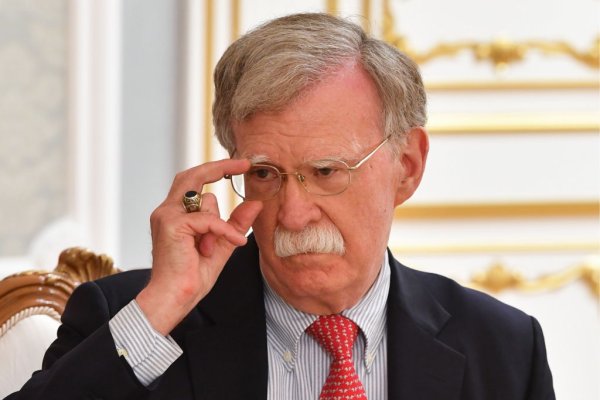 Bolton: ‘Remarkable’ Trump Says He Wasn’t Briefed on Russia
Next Up: Editor's Pick