On Monday, the Supreme Court announced its first major abortion decision since President Donald Trump created a new conservative majority. In June Medical Services v. Russo, Chief Justice John Roberts joined his four liberal colleagues in striking down a Louisiana abortion restriction, but hardly signaled strong support for abortion rights. Instead, Roberts emphasized respect for precedent all while arguing that the Court’s 2016 decision in Whole Woman’s Health v. Hellerstedt, which struck down Texas abortion restrictions that would pose an “undue burden” for those seeking the procedure, was wrongly decided—and that judges in fact should not have to consider whether abortion restrictions serve any useful purpose.

Roberts signaled that he may be the Court’s new swing justice on abortion. But June Medical told us something else, too: the fate of abortion rights is likely to focus not on whether there is a right to choose but on what abortion in America is really like.

To understand what is really going on with June Medical, it helps to start where the anti-abortion movement began. The anti-abortion movement mobilized in the 1960s to defeat efforts to change existing criminal laws on abortion. From the very beginning, anti-abortion advocates prioritized government recognition of a right to life from the moment of fertilization. That right would make abortion illegal nationwide, regardless of the details of how abortion actually worked.

The Supreme Court’s 1973 decision in Roe v. Wade did nothing to change that: Roe recognized a right to privacy broad enough to encompass a woman’s abortion decision. The Supreme Court also set up a trimester framework to evaluate future abortion restrictions, one that put most such laws off limits in the first trimester. Even in the wake of the ruling, no matter how divided they were, anti-abortion activists agreed to prioritize a constitutional amendment that would ban all abortions in the name of a right to life. When Congress seemed in the mid-1970s to have a better chance of passing a so-called states rights amendment that would undo Roe without going quite so far—letting states outlaw abortion, but not requiring it — almost all abortion foes opposed the measure because it did not go far enough. The right to life might have been the only thing on which abortion foes could agree.

For a decade after the Court decided Roe, the constitutional amendment campaign was dead, even with anti-abortion Republicans in the White House and Congress. Abortion foes lacked the votes to pass their ideal amendment, and the movement plunged into a civil war about which alternative would be second best, making it impossible for any to make progress.

With a constitutional amendment off the table, what could the anti-abortion movement do? After all, the movement defined itself by a right to life that seemed completely out of reach.

For answers, the leaders of larger anti-abortion groups looked to their greatest success: the Hyde Amendment, a ban on Medicaid funding for abortion. Passed in 1976, the Hyde Amendment had made it impossible for some poor women to get abortions, but, even in upholding it, the Supreme Court had theoretically left Roe completely intact.

By the end of mid-1980s, anti-abortion leaders began pushing for more incremental laws like the Hyde Amendment—and using those laws to do much more than incrementally limit access to abortion. Those smaller restrictions could give rise to test cases that would give the courts a chance to chip away at Roe. And if abortion opponents could elect anti-abortion Republicans, those politicians could improve the movement’s odds by transforming the federal judiciary.

The new strategy required abortion foes to defend more incremental restrictions that did not outlaw a single abortion. The anti-abortion movement justified supporting laws that allowed some abortions not by talking about a right to life but by claiming that the laws helped taxpayers, communities and women themselves.

At first, this strategy seemed to sputter. In the early 1980s, the anti-abortion movement rallied around a law in Akron, Ohio—intended to be a model for the nation—that claimed to inform women of the risks of abortion. In 1983, however, the Supreme Court invalidated the Akron law because it violated the right recognized in Roe. And by the end of the 1980s, Republican presidents had transformed the Supreme Court enough that hopeful anti-abortion fighters returned to the fetal-rights arguments that had brought many into activism in the first place.

Yet questions about the reality of abortion in America did not stay at the margins for long. In 1992, the Supreme Court preserved abortion rights in Planned Parenthood v. Casey—but in a way that made questions about the facts of abortion more important than ever. Casey held that abortion regulations would be unconstitutional only if they created an undue burden on women seeking abortion. But what made something unduly burdensome? Everything depended on the effects of specific laws—and of abortion itself.

The same was true of the Court’s reasons for saving abortion. Casey held that women had relied on abortion in organizing their lives and achieving a more equal citizenship. But what if abortion did not make women more equal? What if abortion foes could argue that abortion made them sick? Then there would be no justification for abortion rights.

Over time, abortion opponents realized that they could make progress even if they could not prove the truth of their own version of the facts. In the mid-1990s, abortion foes claimed that abortion was linked to a heightened risk of breast cancer, to post-traumatic stress disorder, and to infertility, even as elite medical organizations either questioned these arguments or rejected them outright. Abortion foes responded that if there was any uncertainty, the Supreme Court should defer to legislators. This plan helped lead to the passage of bans on a procedure that anti-abortion activists called “partial-birth abortion.” And the Supreme Court used a similar idea of scientific uncertainty in upholding that law in its 2007 decision in Gonzales v. Carhart.

The Supreme Court seemed to strengthen protections for abortion rights just four years ago in Whole Woman’s Health v. Hellerstedt. But everything still turned on questions about the reality of abortion. That can spell trouble for abortion rights—and it means that those on opposing sides of the conflict are further apart than ever.

June Medical shows us that nothing has changed. In that case, abortion foes argued that abortion providers do not look out for women—and that Louisiana differs from Texas, where Whole Woman’s Health took place. And in broader political debates, abortion opponents insist on a range of disputed claims—that abortion providers use up personal protective equipment during the COVID-19 pandemic or that medication abortions can be reversed, just to name a few. To make these claims, abortion opponents field their own experts, gather their own data and rely on their own media sources.

Over the course of the past several decades, the abortion wars themselves furthered a collapse in consensus about the difference between fact and ideology. Not only do activists on the two sides disagree about the morality of abortion, they disagree about the basics, including what abortion even involves. Focusing on seemingly smaller incremental change actually made the fight even deeper than it was before.

So if the June Medical Court seems stuck on technicalities, let history remind you how much those technicalities can matter. As the recent past shows us, the more we focus on what abortion is like, the deeper our divides will become.

Mary Ziegler, a law professor at Florida State University, is author of Abortion and the Law in America: Roe V. Wade to the Present and Beyond Abortion: Roe V. Wade and the Battle for Privacy 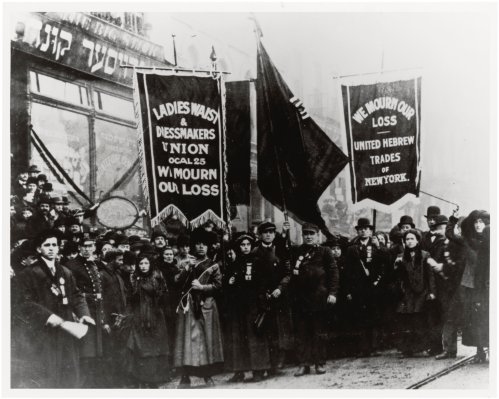 21 Lessons From America's Worst Moments
Next Up: Editor's Pick