China will impose a visa ban on U.S. citizens who interfere with sweeping national security legislation planned for Hong Kong, a move that comes shortly after the Trump administration imposed them on some officials in Beijing.

“As a response to the U.S.’s wrongful decision to impose visa bans on Chinese officials, China decides to impose visa bans on Americans who behave badly in Hong Kong affairs,” Foreign Ministry spokesman Zhao Lijian told reporters at a regular briefing in Beijing on Monday, without naming any specific targets.

“Who will be the targets? Relevant people would know clearly themselves,” Zhao added.

The U.S. State Department on Friday imposed visa bans on unspecified Chinese Communist Party officials accused of infringing the freedom of Hong Kong citizens, in what a senior official described as the opening salvo in a campaign to force Beijing to back off from new restrictions on the city.

The tit-for-tat bans come amid months of worsening tensions between the U.S. and China across fronts including their ongoing trade war and the handling of the coronavirus pandemic.

The security legislation — which would bar subversion, secession, terrorism and collusion with foreign forces in Hong Kong — has fueled resurgent pro-democracy protests in the former British colony. It has raised fears about the city’s future autonomy from China and whether basic freedoms will remain protected.

Chinese lawmakers are meeting in Beijing to discuss the legislation, and Hong Kong’s Now TV News reported that a vote could come Tuesday morning — the day before the anniversary of the 1997 handover to China.

U.S. Secretary of State Michael Pompeo said Friday that he was halting travel to the U.S. by current and former officials from China’s ruling Communist Party who are believed to be “responsible for, or complicit in, undermining Hong Kong’s high degree of autonomy.”

The bans are largely symbolic as officials from both countries are unlikely to visit the other, especially now that the coronavirus pandemic has shut down most international flights. The U.S. has imposed strict limits on travelers from China, and most foreigners are not allowed to enter China. 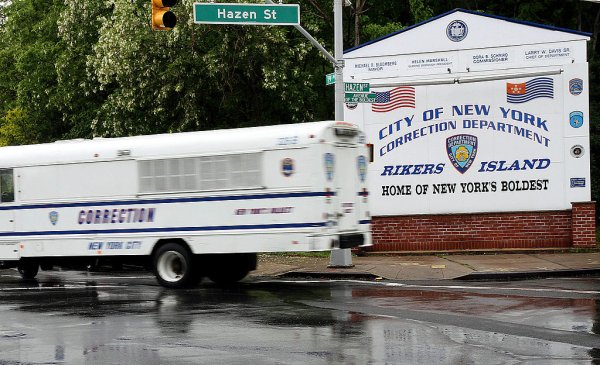 17 Officers Disciplined in Trans Woman's 2019 Death
Next Up: Editor's Pick