Here Are the 12 New Books You Should Read in July

What does change really look like? It’s a question at the center of many of this month’s best new books. In Blacktop Wasteland, a mechanic who worked hard to move on from a life of crime is met with financial difficulties that leave him no choice but to drive the getaway car for an upcoming heist. In The End of White Politics, political analyst Zerlina Maxwell picks apart the Democratic Party and argues why it must reject white politics in order to truly evolve. And in a crop of memoirs, authors like Michele Harper and Natasha Trethewey analyze the pain of their pasts in an effort to understand how trauma has impacted the choices they’ve made in their lives. Here, 12 new books to read in July.

The Beauty in Breaking: A Memoir, Michele Harper (July 7)

In her new memoir, emergency room physician Michele Harper explores how the patients she’s treated have helped her come to terms with the traumas of her own past. Reflecting on everything from her turbulent childhood to the abrupt end of her marriage, Harper illustrates the complexities of self-healing and recovery. Throughout, she describes the chaotic nature of her work, which is amplified by the obstacles she must overcome as a Black woman in a profession dominated by white men.

Buy Now: The Beauty in Breaking on Bookshop | Amazon

The End of White Politics: How to Heal Our Liberal Divide, Zerlina Maxwell (July 7)

Political analyst Zerlina Maxwell wants the Democratic Party to acknowledge and act on the fact that the demographics of the United States are changing. In her new book, Maxwell examines the fractures that exist within the party and argues that liberal politicians need to better connect with their base, which is no longer as white and male as it was years ago. Maxwell, who worked for both Barack Obama and Hillary Clinton’s presidential campaigns, lays out how Democrats can move forward and explains why rejecting white politics is imperative to their success.

Buy Now: The End of White Politics on Bookshop | Amazon

In 2017, Swedish journalist Kim Wall was working on a story about an inventor in Copenhagen when she mysteriously disappeared. Days later, the 30-year-old’s torso was found on a beach outside of the city. In a powerful memoir, Wall’s parents share how they navigated their grief in the aftermath of their daughter’s horrific death and the investigation and trial that followed. Though their subject matter is unthinkably sad, Ingrid and Joachim Wall focus on Kim and the life she led, sharing stories of her passions and ambitions as a journalist, partner and friend.

A dedicated father and husband, mechanic Bug Montage has successfully escaped his criminal past. But now his terminally ill mother needs help and the auto shop he owns is in financial distress. He decides to take a job as a getaway driver in a jewelry heist, threatening the life he has built by slipping into one he thought he left behind. S.A. Cosby’s Blacktop Wasteland follows Bug on his twisty journey, a page-turning thriller about a man pushed to his breaking point.

While millions of women around the world marched in response to President Trump’s inauguration, many others engaged in a movement embracing white nationalism. Journalist Seyward Darby dissects the lives of three American women, each born in 1979, who adopted white nationalist views in the years following the Sept. 11 attacks and came to identify with the “alt-right” movement. In delving into the stories of each woman, one of whom has defected from the movement, Darby offers an unnerving portrait of extremism.

Waiting for an Echo: The Madness of American Incarceration, Christine Montross (July 21)

Psychiatrist Christine Montross takes a stirring look at how the American legal system treats people with mental illness. In Waiting for an Echo, Montross argues that the system is broken, leaving many people who need therapeutic care behind bars and at the mercy of prison staff who do not know how to properly help them. Montross also follows what happens after release, illuminating the harrowing ways communities across the country are impacted by mass incarceration.

Buy Now: Waiting for an Echo on Bookshop | Amazon

After a global pandemic has fatally infected most of the world’s population, a mother named Cole is determined to do whatever it takes to protect her 12-year-old son Miles. As one of the few surviving boys, Miles had been housed at a government facility in California, until Cole came to his rescue. Now on the run, the duo must navigate a perilous landscape of fear and uncertainty, in which Cole has to disguise Miles as a girl. Lauren Beuke’s timely and unsettling novel, Afterland, depicts their journey across the country as they attempt to find safety.

It’s been almost a year since Joan last saw her husband Victor, who walked out on her after they got into a fight over what to do about her family’s land. In Cherie Dimaline’s latest novel, Joan catches up to him in a Walmart parking lot—but he has no idea who she is. Victor now goes by Reverend Eugene Wolff and he seems much more dangerous than the man she was once married to. Unsure of what to do, Joan leans on her Métis community to help her understand who her husband has become. In doing so, she begins to learn how the traditions of her ancestors might yield some much-needed answers.

While residing in a senior living facility, 81-year-old grandmother Lilia Liska is catapulted back in time when she reads her former lover Roland’s published diary entries. She begins marking up the pages with her own recollections of the events Roland described, and reflects on the adult daughter whom she lost to suicide. Like she did in her 2019 novel Where Reasons End, Yiyun Li creates a sensitive, strange and heartbreaking account of maternal love as Lilia processes the losses she’s experienced in her life.

Buy Now: Must I Go on Bookshop | Amazon

Six essays comprise Zadie Smith’s latest collection, which she wrote during the first few months of stay-at-home orders. Though a slim book, Intimations captures the uneasiness of our modern moment as Smith reflects on the COVID-19 pandemic and relates it to issues of privilege and inequity. Her urgent voice tackles everything from what becomes important during isolation to the global response to George Floyd’s killing. The author asks questions, both timely and timeless, about how we respond to crisis and suffering.

When she was 19 years old, Natasha Trethewey suffered a terrible tragedy: her former stepfather murdered her mother. In her anticipated memoir, the former U.S. Poet Laureate and Pulitzer Prize winner contemplates the impact of this searing trauma on her life and artistry and reflects on her mother’s legacy. Trethewey places the event in the context of her upbringing in the South, revealing a youth shaped by domestic abuse and racism. In examining what came before and after the horrific event, Trethewey underscores the power of the love between a mother and daughter.

I Hold a Wolf by the Ears: Stories, Laura van den Berg (July 28)

Laura van den Berg’s latest collection includes 11 new stories, each eerie and dreamlike, anchored by a female protagonist who is slightly disconnected from her reality. One woman impersonates her missing sister at a conference abroad. Another remembers the treatment facility where she lived as a teenager after attempting suicide. Several can’t escape their pasts, a lesson one character in particular learns after running into her brother’s ex-wife while in Mexico City. Van den Berg writes about each woman in her dark and strange voice, interjecting glimpses of biting humor amid revelations of pain and loss.

Buy Now: I Hold a Wolf by the Ears on Bookshop | Amazon 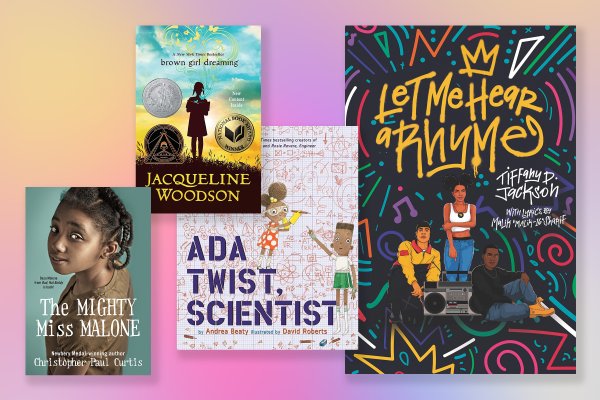 10 Inclusive and Anti-Racist Books for Kids
Next Up: Editor's Pick