'We Are on the Basement Level.' Crazy Rich Asians Author Kevin Kwan on Asian Representation in Entertainment and His New Book

Kevin Kwan has mastered the art of catching flies with honey. The novelist broke out with Crazy Rich Asians, China Rich Girlfriend and Rich People Problems, his best-selling trilogy that probes ultra-wealthy circles in Asia. He likens his particular form of satire—packaging criticism of excessive wealth in glittering voyeurism—to eating a piece of chocolate. “It’s sweet, it’s tasty, it’s hopefully even a little bit good for you,” Kwan says.

His latest novel, Sex and Vanity, out June 30, sweeps through glamorous corners of New York to bring his incisive eye the U.S. The book is an update on E. M. Forster’s A Room With a View, following not Lucy Honeychurch but Lucie Tang Churchill, a young biracial woman caught between two loves and two cultures.

Kwan spoke to TIME in early June about the new novel, his evolving approach to political engagement and embracing his identity.

TIME: How have you coped with the pandemic?

Kevin Kwan: I’m just trying to imagine, well, this is what it was like during the war for my grandparents, except that we’re not facing bombings or Japanese troops knocking on your door wanting to take you away. We just have to be disciplined and cooperative for the sake of the greater community—and that’s new for so many of us in this country.

What are you thinking about?

More political engagement. We’re in a crisis moment for democracy. We need to look at the power structures we’ve put in place. Are we, the people, really being served?

As fun as your books are, they also decry massive wealth. How do you approach those themes?

It begins at the core with economic inequality. The gulf between the crazy rich and everyone else is just so, so vast, and that is at the root of every problem. I’ve always used Rachel Chu as a device—she’s an economics professor for God’s sake, I didn’t make it that subtle. She’s someone who knows the rules of the game and yet she goes into a world where she sees this obscene level of economic disparity—of the haves and the consumption and the name dropping and the labels. I pushed that to a degree it should kind of sicken people. I don’t try to hit people over the head, but I tell stories that hopefully make them think. In a strange way, you can tell a lot more truth with satire.

What made you want to look at the U.S. for your new novel?

This new trilogy that I’m kicking off with Sex and Vanity is looking at three key Western capitals: starting with New York, continuing with London, ending with Paris. In Sex and Vanity, my lens turns toward New York and the class structures and privilege that exist in this country and the institutions that serve to keep people out. There’s the snobbery between the old money and the new tech money, between the old Chinese and the new Chinese. I also really wanted to look at a character like Lucie, who is biracial.

I was excited to read about a hapa character like me. What drew you to the hapa identity?

It really wasn’t being represented in modern contemporary fiction. I have so many hapa cousins, from Asian Americans to Chinese British to Australian Asians. Seeing the diversity of experiences in their struggles—and how some have not struggled at all—so much of that is weighted to how you look and present. The departure point was A Room With a View. Lucy Honeychurch in E. M. Forster’s book is a girl with extreme privilege but who straddles two ages—she is in the Edwardian era, and yet she is so weighed down by Victorian morality. How do I represent someone who is at war with herself in this age? Here was Lucie Tang Churchill. She stood out to me as someone who is in an existential struggle. It also speaks to my identity crisis as an Asian immigrant and my journey of assimilation and self-discovery. You come here an “other,” and you have to adapt quickly to survive. In the earlier part of my life, it was about rejecting the Asian side of myself and empathizing with the Westernized, Singaporean side.

Where do you fall now?

The whole movement behind the Crazy Rich Asians books and movie really ignited the activist in me to advocate for representation in media. It was such an “aha” moment to see the reaction. I grew up on an island with a channel that showed Knight Rider and Baywatch, and the next channel was Mandarin soap operas and action films. I always saw that diversity as a child, so when I came to the U.S. I didn’t feel, as many Asian Americans do, a complete absence of myself reflected back. It was profound to meet fathers who would come up to me weeping and say, “This is the first time I’ve been able to so proudly take my children to a movie where I see us.”

The U.S. is reckoning with systemic racism against Black people. How should Asian Americans respond to this moment?

I’ve really been trying to be meaningful in my engagement. I joined #BlackoutTuesday, but there were all these comments from Asians saying, “Why didn’t you post when an elderly Chinese woman was attacked on the subway?” Or “Why aren’t you helping Hong Kong? We’re in a state of siege too.” We’re at a point in the world where there’s so much pain. I’m looking for ways to effectively be of help, whether by speaking up, lending my name, donating money or trying to continue to push myself to make work that helps to amplify and enlighten and bring healing and joy.

What’s the status of the movie sequel and your other Hollywood projects?

Our plan was always to shoot in 2021, so I’m really hoping that can happen. But there’s no social distancing in movie making. There’s been a lot of creative development behind the scenes that is optimistic and hopeful—having a little bit of extra time actually allows me to really polish it even more. But we also want to present stories that are still meaningful to people. Some stories can no longer be told. So what is going to become the new reality for content in Hollywood when life gets “back to normal”? Your guess is as good as mine. I’m still aligned to my original principles—a takeaway from one of my mentors, Tibor Kalman, was: do not create landfill. Whatever I put my heart into, I always think, “Is this landfill?”

The movie adaptation of Crazy Rich Asians was hugely successful in showing that Asian stories have a great audience, but the struggle for representation continues. Where do you think we are in the process of making change?

We are on the basement level. There’s so much more opportunity now for Asian actors to play embodied characters who don’t have specific Asian storylines. But you can count on one hand the Asians in a position of power at studios, TV networks, streamers and agencies. It has to be cultural, too. This is not a track that Asian Americans have been encouraged towards, so of course they’re not there. Last year I had the opportunity to make a pilot called The Emperor of Malibu and it was such a challenge to find a 40-something Asian woman who is a comedian who speaks English. Those roles have never existed before, so there’s no one with that training. We actually found the one person: the amazing Deborah Craig. She was like a unicorn out there. Jon Chu is such an anomaly as one of the few Asian American directors out there. Beyond just the creative parts, we need Asians to be executives and people in development who can really advocate for us and see why these stories deserve to exist. 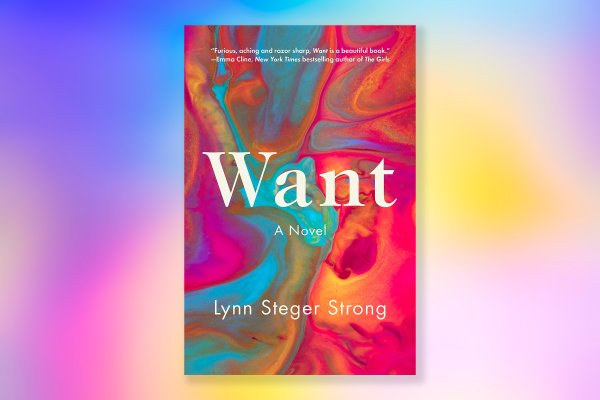 'Want' Examines the Cost of a Mother's Desires
Next Up: Editor's Pick