'Find the People Who Actually Want to Do Things.' Samantha Power Remembers the Wise Words of Jean Kennedy Smith

In 1944, two priests arrived at the Kennedy home to inform Joseph Kennedy Sr. and Rose Kennedy that their oldest son had been killed in World War II. Sixteen-year-old Jean, the eighth of their nine children, was devastated. After riding her bicycle to church to pray, she went next to the local hospital–to volunteer. Jean later recalled this as an obvious choice, asking, “What else could I do?”

To spend time with Jean Kennedy Smith, who died on June 17 at 92, was to be bowled over by the sheer quantity of positive energy she brought to this world. When I saw her after I became U.S. ambassador to the U.N., she was firm (and wise) in her direction: “Don’t waste any time, and find the people who actually want to do things.” Conscious of her privilege, Jean dedicated much of her life to providing arts programming to children with disabilities. And whatever pain she carried inside, she projected a permanent twinkle and an eagerness to conspire. Her matchmaking gifts were legendary–she not only set up brothers John, Bobby and Teddy with their wives, but as ambassador to Ireland in the 1990s, she also convinced a skeptical Clinton Administration to work with shunned Sinn Féin president Gerry Adams. In so doing, she made a significant contribution to the 1998 Good Friday Agreement, which would end the deadly conflict in Northern Ireland.

Asked how she’d like to be remembered, she evoked Abraham Lincoln: “I have planted a rose where only thistles grew.” Jean Kennedy Smith did that and so much more.

The photograph that accompanies this story originally appeared with an incorrect caption. It shows Jean Kennedy Smith in 1965, not in 1998. 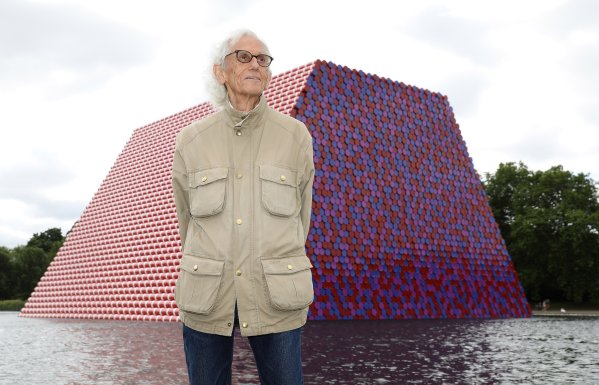 Remembering the Power of Christo's Work
Next Up: Editor's Pick