As Confederate Statues Come Down, It's Worth Remembering That the Civil War Wasn't the Only American Conflict Involving Slavery

The Confederate monuments that are coming down across the United States have once again ignited a generations-old American argument. Though the idea that the war was really about the “noble cause” of states’ rights retains its mystique for some, historians agree that the root cause of the Civil War was slavery. The worst American war in the nation’s history—from the standpoint of casualties, direct costs and indirect consequences—was fought in a vain attempt by the Confederate States to preserve that “peculiar institution.” Now, 155 years later, not only are statues of Confederate leaders being removed in cities from Richmond to New Orleans, Confederate battle flags are being banned at public events and U.S. military bases named after Confederate military leaders face possible name changes.

But the Civil War did not occur in a vacuum; it was the culmination of centuries of institutional racism against people of African origin. The previous 240 years had seen ongoing suppression of the rights of Black people to live free within America. Long before the Civil War, history records efforts of individual enslaved people to revolt, to escape or both, with varying degrees of success. The Civil War was the culmination of a failed racial policy that was stillborn in 1619 when the first Africans were brought to Virginia and sold to the highest bidders. And, as many Americans hope to take this moment to reassess the way the nation thinks about its past, it’s worth remembering that the Civil War was not the only American war in which slavery played an important role.

While the causes of the War of 1812 were more obscure than the Civil War, and poorly understood outside Washington and London, the British army fighting through southern Maryland on the path from Baltimore to Washington in 1814 crossed the plantations of slave-owners. By the close of that campaign, the United States would have a destroyed White House (burned to the ground), a scorched U. S. Capitol Building and a new National Anthem. But the war also saw the single largest liberation of enslaved Americans between 1776 and 1865, as more than 4,000 defected to the British military and resettled in Nova Scotia and Jamaica as free people.

More important, more direct and much less well-publicized was the impact of black African slavery in instigating the American Revolution.

In the years leading up to the revolution, the American south was primarily loyal to the British Crown, and enjoyed a favored status compared with their neighbors north of Maryland. The southern colonies were happy to provide raw goods to fuel British manufacturing: cotton, lumber and indigo, along with tobacco, rice and sugar. The fact that southern products were produced by the labor of Black slaves was politely overlooked by the British merchants, and a “triangular trade” including importation of West African slaves became routine. Despite some concerns in the southern colonies about British taxation without representation, that cause didn’t resonate among the wealthy plantation owners as it did among the merchants and laborers in the north. So what drew the southern colonies into the revolution?

Three attorneys who dedicated their careers to American civil rights, in two separate books, have provided the basis for a fresh but compelling explanation for the American south to enter the American Revolution alongside their northern brothers: A. Leon Higginbotham Jr.’s 1978 In the Matter of Color and 2005’s Slave Nation by Alfred W. and Ruth G. Blumrosen. These authors, whose work has more recently been cited by the New York Times’ 1619 Project, arrive at a single conclusion. The Southern colonies had no reason to put their lives, their families’ lives, their property and their legacy on the line until a single decision at the Court of King’s Bench in London on June 22, 1772, Somersett v. Steuart, often seen written as Somerset v. Stewart.

This decision resulted in the first legally ordered liberation of an American slave in the British courts, and the impact of that decision would ripple through the slave-owning American South by the fall of 1772. The three years that followed the Boston Massacre of March 5, 1770, have been referred to as “the quiet years.” By March 12, 1773, the quiet had been soundly disrupted in Virginia. The attorneys in their midst—including Thomas Jefferson, James Madison and Patrick Henry—had been assured by Benjamin Franklin, who was then in London, that if Virginia remained a part of the British Empire, her slaves would be freed en masse. The livelihood, the land and the way of life of the plantation owners would be brought to an abrupt end. Further, were these emancipated slaves to take up arms, the very lives of the plantation owners and their families would most assuredly be at grave risk. The only clear solution was for Virginia to separate itself from the Empire. By 1775, all 13 colonies had established “committees of correspondence” to discuss independence.

Somersett v. Steuart was a deciding factor that began the stone rolling from atop the hill, in joining all the colonies to single solution. The American Revolution would succeed in separating all the British colonies between the St. Lawrence River and the Okefenokee Swamp from the British Empire.

Therefore, depending upon how one wishes to take up the debate, or count the wars, it would appear that the Civil War was not the only time the United States of America engaged in battle over the preservation of slavery in the American south.

Today, as the country asks what to do about monuments to the Confederacy, some might also raise such questions about the Revolutionary War. What about Mount Vernon? What about Monticello and other plantation monuments? The restored plantations of four of our first five presidents are supported by foundations that enjoy a tax-free status. While the southern politicians who fought for freedom from Great Britain were “men of their times,” perhaps we are overdue in reexamining these monuments through the lens of our own. 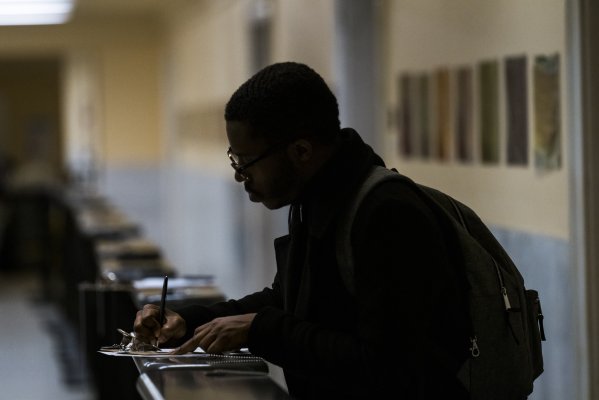 The Racist History of Voter Registration
Next Up: Editor's Pick