A private ambulance team brings in a probable COVID-19 patient to a triage room outside the Maimonides Medical Center in New York City on April 7, 2020.
Getty Images—2020 Robert Nickelsberg
By Jamie Ducharme

When COVID-19 lockdowns were first announced in March, doctors also urged patients to postpone all but the most necessary procedures and appointments to save space in hospitals. Many elective surgeries were pushed off, and routine care was mostly moved online.

From the beginning, doctors feared these difficult but necessary precautions would have an unintended consequence: Dissuading from people who actually did need immediate care from getting it. Now, new data from the U.S. Centers for Disease Control and Prevention (CDC) confirm that concern.

During the 10 weeks after the U.S. declared the coronavirus a national emergency, there was a noticeable drop in the number of Americans seeking care at emergency rooms, even for urgent issues like heart attacks, strokes and hyperglycemic crises (a life-threatening complication of diabetes), the CDC found. Compared to pre-pandemic times, about 20% fewer people visited emergency rooms for heart attack and stroke care during those 10 weeks, and about 10% fewer did for diabetes care.

Natural declines of that magnitude are “biologically implausible” for such a short time period, the CDC says. Instead, it’s more likely that people chose not to come to the emergency room, perhaps because they were afraid of being exposed to COVID-19 or didn’t want to break stay-at-home orders.

The CDC’s report is based on information from the National Syndromic Surveillance Program, which collects data from a subset of hospitals in 47 states and the District of Columbia and captures about 73% of emergency visits nationwide. It does not, however, track mortality data—so the CDC’s report couldn’t say how many of the people who skipped urgent care later died, or how many sought care somewhere other than an emergency room.

Previous studies have suggested that the coronavirus pandemic has driven up death rates even for unrelated conditions. For example, New York City recorded about 24,000 more deaths than would be expected from March 11 to May 2—but only about 80% were tied to COVID-19. At least some of the remaining 20% of victims likely died because they didn’t seek care for unrelated health issues when they otherwise would have.

A similar trend seems to have played out at the national level. By April 4, about 15,000 excess deaths were confirmed in the U.S., but only about 8,000 coronavirus deaths were recorded during that time period, according to a Yale data analysis commissioned by the Washington Post.

While staying home is an important way to limit the spread of COVID-19, it should not come at the expense of needed medical care. In its new report, the CDC urges Americans to seek care if they experience severe symptoms like chest pain, altered mental state or loss of motor function, “irrespective of the COVID-19 pandemic.” 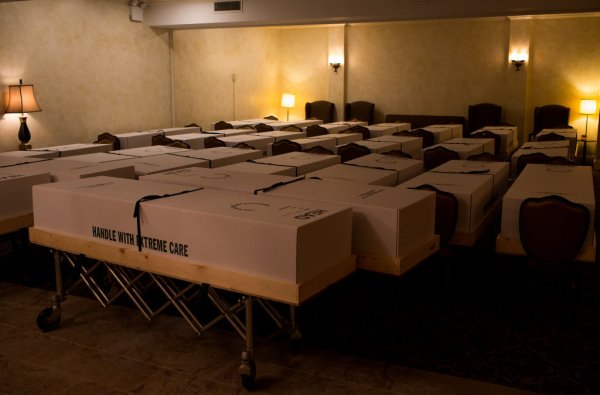 The Difficulty Of Counting the COVID-19 Pandemic’s Full Death Toll
Next Up: Editor's Pick