People are seen practicing social distancing in white circles in Domino Park in Williamsburg, Brooklyn, during the Covid-19 pandemic on May 17, 2020.
Johannes Eisele/AFP—Getty Images
By Olivia B. Waxman

In March, when the world was stocking up on supplies as stay-at-home orders went into place, doctoral student Lily Scherlis started to take stock of the new vocabulary of the pandemic. One phrase in particular caught her eye: “social distancing.”

So, as the world has been trying to figure out how to live life in a “socially distant” way, Scherlis has become an expert on the origins of the term. And, while it may seem to be a particular product of the COVID-19 moment, she found that in fact the term has a long history.

For Cabinet magazine, Scherlis traced the evolution of the term in a “social history of social distancing,” from the earliest reference she could find in English—in the 1831 translation of Louis Antoine Fauvelet de Bourrienne’s memoirs of his friendship with Napoleon—to the Social Distance Scale that sociologist Emory Bogardus created in the aftermath of the Red Summer of 1919. TIME talked to Scherlis, who is pursuing a PhD in English at the University of Chicago, about the highlights of her research.

What was it like to do this research even as you were living through this moment?

Getting to write this article the moment I wrote it — early March, right around time we went into shelter-in-place in Chicago — was really just a gift because it was [during] the first week I was sheltered in place, and it was a project to throw myself into that was a safe and healthy way to deal with the news. I felt I like I didn’t have to just refresh the New York Times homepage constantly, and feel fear for the world, but instead could feel like I was engaging with what was happening. I had a sense already that [social distancing] would show up in 19th century literature as a way to condescendingly condemn marriage between classes; it was actually pretty stunning how many other uses there have been.

How would you describe the evolution of the term?

It started with a memoir by a friend of Napoleon, who talked about how he experienced space in his friendship with Napoleon as Napoleon began to conquer more places. Then it’s used a lot as a euphemism for class in 19th-century British newspapers and as a euphemism for race in 19th century U.S. newspapers. In the 1920s, the Social Distance Scale [which measures prejudice by asking participants to describe how comfortable they feel interacting with people of another race] becomes a social science tool, a reductive attempt to slice the world into ethnic groups, and it’s still in use. To take all of the complicated and ambivalent feelings an individual can have about members of another one of these categories and assign a number to those feelings and average that number out across the group, was the most shocking thing to me.

After that, the other notable moment is that it gets picked up during the AIDS crisis, when it’s used colloquially to describe misguided fears of contagion. It’s not until 2004 that the CDC picks it up to talk about airborne illness and SARS.

You said the Social Distance Scale was the most shocking thing you learned doing this research. Can you tell us a little more about social distancing in the study of race relations?

The Social Distance Scale is, I think, in many ways, the most influential and formidable use of this term. It did not pop up in a vacuum. It turns up in wake of the summer of 1919, especially the Chicago race riots. A rich Chicago heiress funds [social scientists] at my institution, the University of Chicago, basically in order to try to make sense of race.

I think the Social Distance Scale undergirds our way of subconsciously thinking through issues of identity and inequity. It makes it seem like people obviously fit very neatly into these groups that obviously hate each other and that that hatred is simple enough that it can be turned into a number and counted and averaged across a population. It’s just this huge reduction. I just think the models that we use to research this stuff trickles into the sort of tacit ways we conceptualize these things. Bogardus wanted to increase the understanding between groups so that we can reduce hatred but set up this framework of “there are these groups and their relationships can be assigned a number.” He wants to do good but without questioning the terms about people who aren’t white.

Did any tidbits from your research not make it into your written work on the topic?

There’s a lot of weird miscellany that I found. There’s a 2013 article on social distance between humans and robots, and there’s a lot of human-computer interaction stuff on this which I find really funny. People have used “social distancing” to talk about how people behave in men’s bathrooms around urinals.

Have you continued to research the topic? Have you learned more since you published your original work?

I had a hunch there would be stuff with redlining and the racialized history of housing in the second half of the 20th century. [Anthropologist] Edward T. Hall used the term “social distancing” a lot. One of his articles on what should be done about housing in Black and white communities in Chicago goes as far as to make prescriptions for how public housing for Black folks should be designed in terms of Black culture.

What do you hope people take away from your research?

I just think it’s really important to remember how much institutionalized government-sanctioned language is weighed down with racism. When you use the term and see the term used, it’s good to hold in our heads how much the term has been used to justify elites sequestering themselves from pretty much most marginalized or disenfranchised folks in the U.S. across 200 years.

We should raise our eyebrows at these terms. I think the really important work is to think about what the term that is in common use means, what its actual history is, and to educate people about that. A line my article tries to toe is how to talk about how it is that terms move through time and wind up floating in the atmosphere, and people without knowing grab for them. I think we can learn a lot about which words feel ready at hand for us. 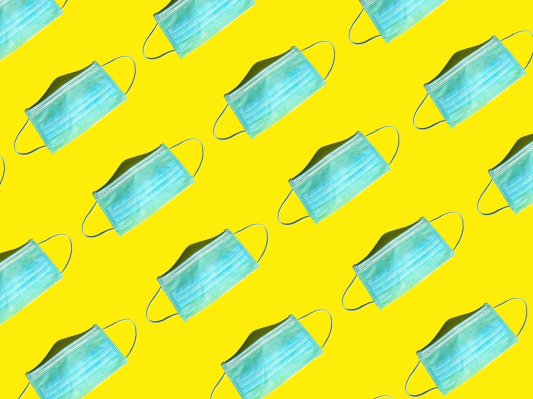 Coronavirus Could Upend Cancer Trends in the U.S.
Next Up: Editor's Pick