Rolfe faces 11 charges, including felony murder, for allegedly shooting Brooks in the back. The murder charge carries the possibility of life without parole or the death penalty, Howard said. Brosnan faces several charges, including aggravated assault. Rolfe was fired after the incident, while Brosnan was placed on administrative leave, according to the Associated Press. Howard said Brosnan is cooperating with prosecutors.

Howard announced that his office reviewed eight separate video recordings of the incident and also spoke with several witnesses before coming to its decision.

“Mr. Brooks did not display any aggressive behavior during the 17 minutes and 42 seconds,” Howard said during the presser. “Mr. Brooks was running away at the time the shot was fired.”

Brooks, 27, was killed outside a Wendy’s restaurant in Atlanta on June 12 after being approached by the officers, who were called over complaints of a car blocking the drive-thru.

When the officers questioned him, the discussion was mostly peaceful. Brooks did a sobriety test and provided the officers with his license. Things turned physical when they tried to arrest Brooks.

During the struggle, Brooks got ahold of Brosnan’s taser and started to run. Rolfe chased him, fired his own taser and then afterwards gunshots are heard. None of the police cameras captured the shooting.

Howard also said Rolfe kicked Brooks while he was on the ground and Brosnan stood on Brooks’ shoulder as he was struggling on the ground.

Brooks’ death came in the aftermath of widespread protests against police brutality and racial discrimination following George Floyd’s killing. Protests in Atlanta resurged after Brooks was killed and the Wendy’s where the shooting took place was burned down. Atlanta Police Chief Erika Shields also resigned in the wake of his death. 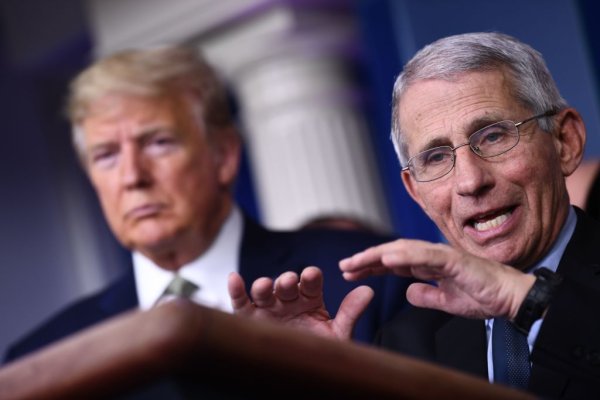 Fauci Says He Wouldn't Attend Trump Rallies Amid COVID-19
Next Up: Editor's Pick