How the Coronavirus Crisis Is Opening the Door to Universal Social Policies in the U.S.

People wait on a long line to receive a food bank donation at the Barclays Center on May 15, 2020 in the Brooklyn borough in New York City.
Stephanie Keith—Getty Images
Ideas
By Catherine Thomas, David Kalkstein, Gregory Walton
Catherine Thomas is an interdisciplinary graduate fellow, David Kalkstein is a postdoctoral scholar, and Gregory Walton is an associate professor, all in the psychology department at Stanford University.

The coronavirus crisis has laid bare the health, social, and economic inequalities that have been growing in the United States for decades. The pandemic is killing Black Americans at over twice the rate of white Americans, Black women are experiencing some of the largest losses in employment, and child hunger among working class communities continues to grow. Together with the protests against racial injustice, this moment of upheaval is leading to calls across the U.S. for structural reforms to the social and economic systems in our country.

What do people want these reforms to look like? Our research shows broad and building support for expansions of the social safety net across the U.S.—policies that would keep people safe by ensuring that basic needs can be met. In national surveys we conducted with thousands of Americans across the political spectrum, there are now levels of support for these programs that would have been unthinkable just four months ago.

Take universal basic income (UBI), a policy that would provide ongoing monthly cash payments to individuals to cover basic needs. Advocates of UBI have long touted its inequality-reducing effects, as it would make the biggest difference for working-class communities. In two online studies, we see that rates of UBI support have reached 69-75%, compared to a maximum of 55% pre-COVID-19. In our first longitudinal study tracking 2,300 Americans between late March and late April, the greatest gains in UBI support were among conservative women, the same group that helped drive Trump’s ascendancy. In a second study of 400 Americans in April, over 80% of respondents expressed support for universal health care, 88% supported universal unemployment insurance, and 74% supported free public preschools. And this momentum is mirrored at the federal level. Following a bipartisan push for direct cash payments to Americans as part of the CARES Act, bills for basic income have now been proposed in the House and the Senate as of May.

Why is COVID-19 increasing support for universal social policies? Our new data suggest that one factor is the normalization of financial hardship. More and more Americans are experiencing need firsthand. In our large longitudinal study, one in two respondents reported having their work hours cut, and one in five had lost a job due to coronavirus by late April. Those who experienced such COVID-related financial impacts were over 20% more likely to support basic income. And between March and April, our respondents became less likely to stigmatize those who would receive basic income, and more likely to see them as being “like me.” It appears that, as financial hardship becomes more common, empathy for financial need is growing.

A second factor is that crises create a psychological sense of insecurity—which often compels people to come together. In our second study, 75% of people reported being at least “somewhat” scared, and more than 60% said they were experiencing “a lot” or “an extreme amount” of uncertainty. Canonical research in social psychology showed that fear and anxiety lead people to affiliate with those around them. Indeed, our data shows that feelings of insecurity predict feelings of unity with other Americans. Moreover, people reported feeling more connected with other Americans now than before the virus reached the United States. And in April nearly 80% said that their American identity was more important than divisions within the country, including political ideology or race.

A Little Girl's Quarantine Meltdown Is Really Resonating With People

These feelings of unity, in turn, predict support for universal social policies. When people felt a stronger sense of connection and shared experience with other Americans, they expressed more support for universal policies like basic income. Correspondingly, in our longitudinal study conducted between March and April, we found that people became more likely to believe that they would personally benefit from other Americans receiving basic income and that basic income would create better communities for all Americans.

Yet, while threat enhances solidarity within groups, it can also lead to division between groups. Today, we are seeing both. In recent weeks, many Americans have rallied together and are displaying a solidarity around racial justice not seen since the civil rights era of the 1960s. At the same time, White extremist groups are responding with visible resistance to change, increasing tensions and divisiveness at a national level. Time will tell whether unity or division will prevail.

Milton Friedman wrote, “Only a crisis—actual or perceived—produces real change.” The many crises of these past few months have set the foundation for possibly momentous social change and policy reform. Americans must now decide: Will this calamity further divide us—reinforcing inequalities and further polarizing Americans across party, race, and class lines? Or will we carry forward this sense of togetherness to become a nation united—working towards common goals and ensuring prosperity for all? 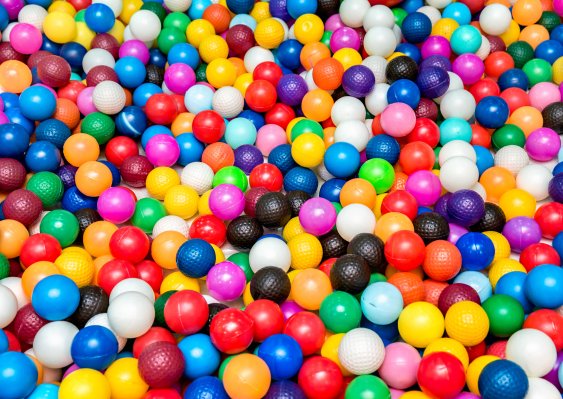