What the U.S. Can Learn From Countries Where Cops Don't Carry Guns

A protester holds a sign reading "Disarm And Defund The Police" during a protest against fatal police shootings in Portland, Oregon, United States on April 11, 2018. John Andrew Elifritz, 48, was fatally shot by police after he reportedly fled from a stolen car and burst into a homeless shelter at the start of an alcoholics anonymous meeting last Saturday.
Alex Milan Tracy—Getty
By Mélissa Godin

Last year, an armed man in Oslo, Norway stole an ambulance, injuring four people and firing shots as he drove. Police officers chasing the vehicle fired their guns—but not at him. Instead, they shot the wheels of the ambulance to slow the vehicle and arrested the armed man.

“Police in Norway do encounter very dangerous situations—albeit less frequently than American police,” says Paul Hirschfield, a professor of sociology at Rutgers University who focuses on policing. “But when in danger, they are far more reluctant to resort to deadly force.”

Norway is one of 19 countries worldwide where police officers are typically unarmed, and permitted to use guns only in exceptional circumstances. These countries, which include the United Kingdom, Finland, and Iceland, seldom see deadly incidents involving police officers. While 1090 people were killed by police in the United States in 2019, Norway saw no deaths at the hands of police officers for the same year.

In some ways, it’s not fair to compare the U.S. with a country like Norway — they have vastly different economies, crime rates, historic cultures of gun ownership, population sizes, and social problems. “It is likely that if police in Norway encountered the same levels of poverty and homelessness, crime, gun prevalence, untreated mental illness, and racial tensions and discrimination as American police do that their policing policies and practices would be different,” Hirschfield says.

But pressure is growing to change the U.S. model of policing — led by the Minneapolis City Council, which on June 12 voted “to create a transformative new model for cultivating safety” after the death of George Floyd by a city officer. Here’s how officers keep law and order without carrying firearms:

While the 19 nations in the world that do not arm officers vary greatly in their approach to policing, they share a common thread. “What we can identify in these countries is that people have a tradition—and an expectation—that officers will police by consent rather than with the threat of force,” says Guðmundur Ævar Oddsson, associate professor of sociology at Iceland’s University of Akureyri who specializes in class inequality and forms of social control such as policing.

Countries with a philosophy of policing by consent, such as the United Kingdom, believe that police should not gain their power by instilling fear in the population but rather, should gain legitimacy and authority by maintaining the respect and approval of the public. This model of policing maintains that uses of force should be restrained and success is measured not in how many arrests officers have made but rather, by the absence of crime itself.

In many countries where police are unarmed, governments invest in advanced level of training for law enforcement. In Norway, for example, policing is an elite occupation, where only the most qualified candidates are selected. In 2015, only 14% of candidates who applied to police schools were accepted.

Once admitted, prospective officers receive more extensive training than officers in the United States. Norwegian student officers must complete a three-year bachelor’s degree where they spend one year studying society and ethics, another shadowing officers, and a final year focusing on investigations and completing a thesis (In the United States, officers spend only on average 21 weeks in training which are modelled on military bootcamps).

“I think that the United States must learn that it takes time to educate people,” says Rune Glomseth, a professor at Norweigan police university college. “Police are a very special role in society and you can’t just train them for a few weeks. You need time.” Even once students have graduated, they are required to complete fifty hours of operational training per year. “If our officers were trained as extensively as police in Norway, they would be less reliant on deadly force,” says Hirschfield.

Officers in both Norway and Finland also work in tandem with medical professionals, particularly psychiatric specialists that accompany officers when dealing with people who are exhibiting signs of mental illness. In contrast, funding for psychiatric services in the United States has been cut in recent years, resulting in police officers handling cases of people who are mentally ill often without having the background knowledge to do so. The result is striking: A Washington Post analysis found that 25% of people shot by police officers during a six months period in 2015 were experiencing severe mental health issues.

The greatest skill a police officer can have is “critical reflection,” says Oddsson. “We need people [on the streets] who are cognizant of the fact that being a police officer is like being a social worker.”

In many of the countries where police are unarmed, officers have to abide by stricter laws.

Under the European Convention of Human Rights, officers can only shoot if it’s “absolutely necessary.” In Finland and Norway, officers cannot pull the trigger in any circumstances before getting permission from a more senior official. In the U.S., by contrast, “the overriding goals of current law, policy, and training on the use of force … [are] to protect the safety of police,” says Hirschfield.

Experts say that the state and federal governments in the United States could learn from Europe, by adopting laws that make it easier to prosecute and dismiss police officers for misconduct, alongside creating more rigorous licensure and training requirements.

Stricter gun laws can also help reduce the number of fatalities caused by law enforcement. The United States is home to 40% of the world’s firearms, a threat both to police officers and those they encounter. Studies have found that weaker gun laws correlate with higher rates of killings by police officers, who fear civilians may be carrying a weapon.

It remains a stubborn issue in the U.S., mired in deadlock even after record numbers of mass shootings, and sure to loom large in the nascent effort to re-imagine public safety. For its part, New Zealand introduced stricter gun legislations following the mosque shooting in 2019 and this week, its Police Commissioner Andrew Coster announced that he is committed to keeping cops unarmed. 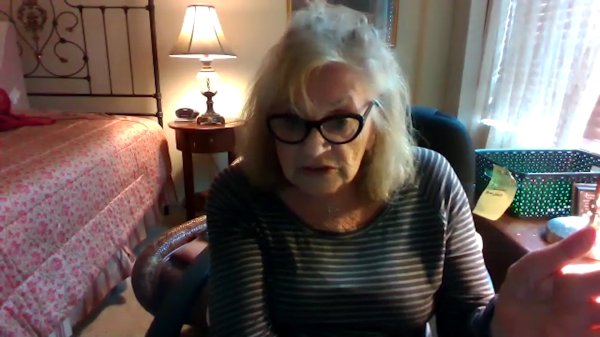 How Holocaust Survivors Are Coping Amid the Pandemic
Next Up: Editor's Pick