Speaker of the House Nancy Pelosi performs a ceremonial swearing-in for US House Representative Ilhan Omar at the start of the 116th Congress at the US Capitol in Washington, DC, January 3, 2019.
Saul Loeb/AFP—Getty Images
By Madeleine Carlisle

“It is with tremendous sadness and pain that I share that my father, Nur Omar Mohamed, passed away today due to complications from COVID-19,” Omar said on Monday. “No words can describe what he meant to me and all who knew him. My family and I ask for your respect and privacy during this time.”

She did not say how old her father was or if he had any previous medical conditions. Omar also posted the news of her father’s death on social media.

Omar, who represents Minnesota’s 5th congressional district, is one of the first two Muslim women elected to Congress in 2018. Her father attended her swearing in ceremony in 2019.

Omar and her father sought asylum in the United States in 1995 after the start of the Somalian civil war, per the New York Times. Her mother reportedly passed away when she was 2. Her father, who had been a teacher in Somalia, began driving taxis when they arrived in the U.S. and later worked at the post office, the Times reports.

As of Tuesday morning ET, there have been over 2,114,000 confirmed cases of COVID-19 and at least 116,127 deaths in the U.S., according to a tracker from Johns Hopkins University. 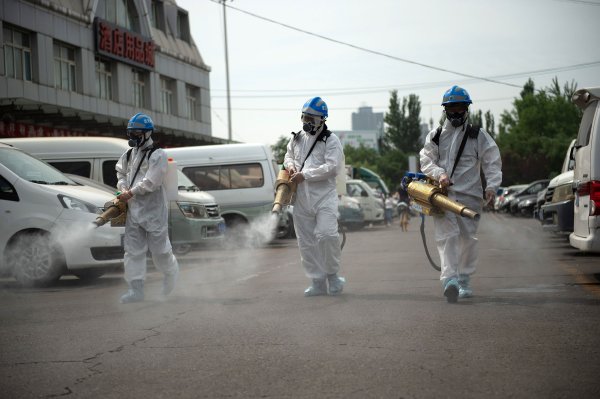