Voters wait in line to vote in Georgia's primary at Fulton County's Park Tavern precinct in Atlanta, June 9, 2020.
Erik S. Lesser—EPA-EFE/Shutterstock
Ideas
By Rev. Jesse L. Jackson and David Daley
Jackson is the founder and president of the Rainbow PUSH Coalition
Daley is the author of Unrigged: How Americans Are Battling Back to Save Democracy and the national best-seller Ratf**ked: Why Your Vote Doesn’t Count

America’s streets are filled with protesters because we no longer believe that our voices are being heard.

When our system is working, Americans mainly express themselves at the polls. There is no right more fundamental than the right to vote, if our government and our leaders are to have legitimacy.

But today, voting itself is broken. Our system has buckled under the weight of repressive voter ID laws, toxic partisan and racial gerrymandering, voter roll purges and precinct closures that disproportionately target minority voters. The intentional elimination of Sunday early voting days when black voters are most likely to head to the polls even efforts nationwide to criminalize voter registration drives.

The Electoral College has overruled the will of the people in two of the last five presidential elections. The structural imbalance of the U.S. Senate, combined with the filibuster, gives white, rural states virtual veto power over change that many Americans desire and demand. Indeed, many of the cities and states where police injustice and systemic racism runs deepest have been at the forefront of these aggressive voter suppression techniques.

None of this is a coincidence. Republicans responded to the election of Barack Obama in 2008 not by trying to broaden their own base or appeal to a changing nation, but by modernizing voter suppression tactics out of the old Jim Crow playbook.

Chief Justice John Roberts’s shameful 5-4 decision in 2013’s Shelby County v Holder ripped the heart out of the prime enforcement mechanism of the Voting Rights Act. Roberts argued that the South had changed, and such protections were no longer necessary. 1965, Roberts suggested, was a long time ago, in a different nation, across a changed South. The tens of thousands of Georgians whose voting precincts were closed, forcing them to endure six-hour lines to vote during a pandemic would like a word with him Roberts’s calamitous ignorance has done grievous damage.

Together, these gerrymandered legislatures and their judicial enablers have empowered the angriest and most hateful elements of the shrinking GOP base, and locked them into office nationwide, even when they win fewer votes. And so as many urge protesters to use their voice at the polls, to millions of Americans, voting no longer feels like enough.

Voting is not enough when more than 59 million Americans live in a state where the party whose legislative candidates won fewer votes in 2018 nevertheless won control of one or both chambers of the legislature anyway.

Voting is not enough when 33 million Americans have been purged from the voter rolls between 2014 and 2018, according to the Brennan Center. Purge rates have soared since Roberts’ decision in Shelby County, especially in the states the chief justice believed prejudice was some artifact of a distant past. The purge rate is as much as 40 percent higher in states that have a demonstrated history of racial voting discrimination.

Voting is not enough when Wisconsin purges 14 percent of its voters between 2016 and 2018 — nearly double the national average. Voters in black neighborhoods were nearly twice as likely to be kicked off the rolls as those in white suburbs. It is not enough when, in 2018, Georgia secretary of state Brian Kemp ran for governor while simultaneously looking to purge some 300,000 voters from the rolls and pausing an additional 53,000 registrations. Nearly 80 percent of those paused were blacks and other minorities.

And it is not enough when hundreds of precinct closures and relocations in Georgia increased the average distance between voters’ homes and the polls, preventing an estimated 54,000 to 85,000 voters from casting a ballot in 2018 — and making it 20 percent more likely for black voters to miss the election, according to an Atlanta Journal Constitution study. Kemp defeated Democratic candidate Stacey Abrams by fewer than 55,000 votes. Nationwide, more than 10 percent of precincts were closed nationwide between 2008 and 2016, and once again, these closures fell hardest on communities of color. We saw its latest effects this week as newly shuttered precincts forced predominantly minority voters in Georgia voters to wait in six-hour lines to vote during a pandemic.

Voting is not enough when states enact draconian voter ID bills, such as one in North Carolina that a federal court ruled looked to “surgically” target black voters by researching and then requiring the specific ID they were least likely to have. It is not enough in Alabama, where legislators toughened its voter ID bill and limited the acceptable forms of identification — then shuttered nearly three dozen DMV offices in 8 of the ten Alabama counties with the highest percentage of non-white voters.

And it is not enough in Wisconsin where DMV offices in the run-up to the 2016 election sometimes openly defied a court order to supply photo IDs after that state’s gerrymandered legislature added strict new ID requirements that a federal court found may have disenfranchised as many as 300,000 citizens. Donald Trump carried the state by fewer than 25,000 votes. States have made it harder for students to vote. They have made it harder for activists to conduct voter registration drives.

Republicans seem to believe that they cannot win an election that is not fixed in their favor. And so that is what they do. Voter suppression has an ugly and painful history as old as the nation itself. The Voting Rights Act was won with the blood of Americans on the Edmund Pettus Bridge in Selma, Alabama. Now it is being eroded by the same-old Jim Crow suppression measures dressed up for the digital era, obscured behind ostensibly race-neutral language.

This is not the Russians subverting our democracy. We have done this to ourselves. We desperately need a citizen movement to protect democracy. We need to ensure that every voice is protected, welcomed, and heard. We saw its victories in 2018 when voters in five states reformed redistricting and 64 percent of Floridians amended the state constitution and reinstated voting rights to 1.4 million former felons. We need a federal constitutional amendment that enshrines voting rights for all, so we do not have a state by state patchwork of suppression efforts that creates unequal access to the vote depending on the state in which you live and the color of your skin. We urgently need reform if voting is ever to be truly enough.

Our needs are not moderate. Our faith that this system is working for everyone has been tested by a decade of voter suppression and rule rigging that looks all too familiar to those who have spent their lives fighting schemes that keep the same few in power. 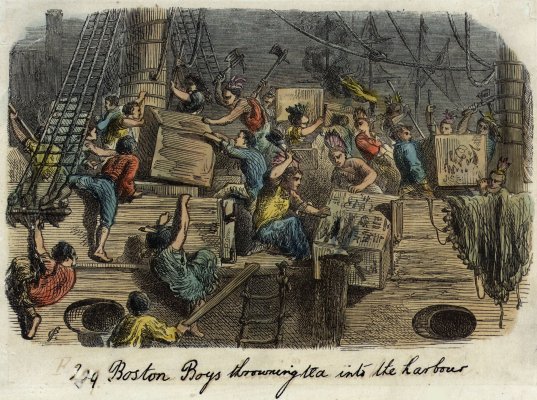 How Perceptions of Looting Have Changed
Next Up: Editor's Pick