On June 11, biotech company Moderna announced it had finalized plans for phase 3 testing of its COVID-19 vaccine candidate. The late-stage trial will include 30,000 participants and is expected to begin in July.

The trial will test just one dose level of the vaccine, 100 micrograms, given in two shots. In the earlier phase 1 study involving 45 healthy volunteers, the company explored lower and higher doses, but preliminary results revealed by the company from this trial suggested that 100 micrograms provided the desired immune response safely. According to the company, the vaccine produced antibodies against the COVID-19 virus in those who were vaccinated, and in tests involving a handful of participants, those antibodies were able to neutralize the virus in the lab. The full details of that study aren’t available yet; that will soon be published by Moderna’s collaborators, a team of scientists at the National Institute of Allergy and Infectious Diseases.

The phase 2 study is ongoing, and is enrolling 600 healthy people who will be followed for a year after their injections. This stage will continue to look at the vaccine’s safety as well as collect further data on its effectiveness. This study will include more people who might be a high risk of exposure to COVID-19, such as health care workers and residents in long-term care facilities.

In June, Moderna became one of five vaccine developers chosen to be part of President Trump’s Operation Warp Speed program to speed development of a COVID-19 vaccine. The selection qualifies Moderna to receive federal government funding to continue development of vaccine, conduct tests, as well as scale up manufacturing to meet the goal of beginning to inoculate 300 million people beginning early next year. Moderna said it plans to deliver 500 million to 1 billion doses a year beginning in 2021. 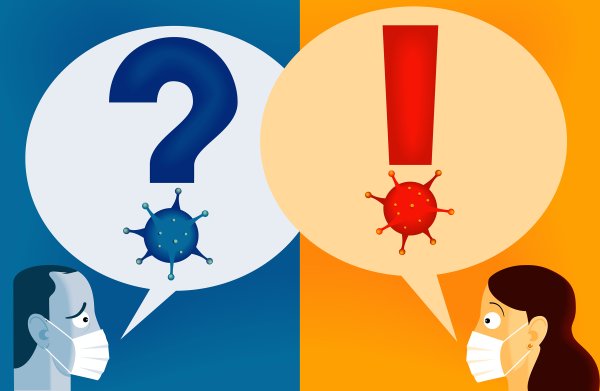 What It's Like to Be an Advice Columnist During a Global Pandemic
Next Up: Editor's Pick