Imagine you’re the person in charge of reopening New York City, and you look at the below chart:

Seems pretty good, right? That’s what New York officials think, too. In fact, they’re reopening the city starting today. “As many as 400,000 workers could begin returning to construction jobs, manufacturing sites and retail stores in the city’s first phase of reopening,” the New York Times reports.

What that chart doesn’t show—what it can’t show—is whether the ongoing protests against police brutality will dramatically increase infections. It takes about 10-14 days for new infections to show up in the data, in part because of how long it takes people to get tested and for their results to be reported. That means the numbers we’re looking at above are really as much as two weeks old; it’s analogous to looking at a star in the night sky and realizing the light you’re seeing is actually thousands of years old.

New York’s protests, which began about 12 days ago, don’t seem to have caused a massive uptick in confirmed cases so far. (Many protesters have been wearing masks, gloves and eye protection, which for some of them has done the double duty of protecting against both the virus and tear gas.) But 12 days is not 14 days, meaning it’s still too early to know for sure if the demonstrations have led to significant spread. Protests aside, reopening seems to have led to spikes elsewhere in the country, including in Texas, Arizona and Florida:

Many public health experts, like National Institute of Allergy and Infectious Diseases (NIH) boss Dr. Anthony Fauci, have been walking the fine line of acknowledging the protests’ righteousness while expressing fear that they may further spread the disease. “Every time I hear about or see the congregation of large crowds at a time and geographic area where there is active infection transmission, it is a perfect set-up for the spread of the virus in the sense of creating these blips that might turn into some surges,” Facui said in a Friday interview with Washington, D.C. radio station WTOP. “It’s a delicate balance, because the reasons for demonstrating are valid,” he added later.

It’s foolish to think New York (or anywhere else) can wait until there’s a vaccine or treatment before reopening—America lacks the economic safety net for such a pause, and there is clearly no political will for the government programs required in order to support one. And if there is a spike, the blame should not be on the protestors, but the systemic racism that has driven them into the streets. But reopening today, before we know if the virus has been spreading among demonstrators, was a mistake made on outdated data. The city that never sleeps could surely have rested a few more days, if it meant a healthier, wiser reopening.

This story was adapted from The Coronavirus Brief, TIME’s daily COVID-19 newsletter. You can click here to sign up for future updates in your inbox. 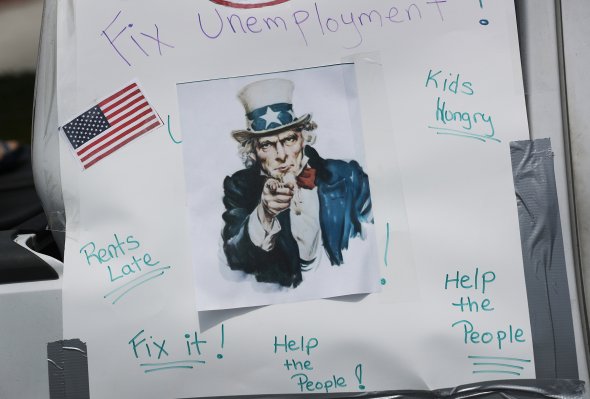 Jobs Report Doesn’t Say What We Think It Says
Next Up: Editor's Pick