In Naughty Dog’s 2013 video game The Last of Us, a terrible disease swept the world, the American government began to kill its own citizens and survivors turned to tribalism. Seven years later, that once distant dystopia doesn’t feel so farfetched, and the game’s long-awaited sequel, The Last of Us Part II (out June 19), may prove a more difficult sell for even die-hard gamers at this particularly trying moment.

The first game was a stunning accomplishment that pushed the bounds of the format. Players witnessed the apocalypse primarily through the eyes of Joel (Troy Baker), who escorted a 14-year-old named Ellie (Ashley Johnson), the only known person immune to zombie bites, from Boston to a hospital in Seattle where doctors were attempting to develop a vaccine. Joel grew fond of Ellie during the journey. Even as they dodged the undead and, scarier still, the living, their banter buoyed the dark game: They discussed Ellie’s love of comic books and corny knock-knock jokes as they explored the bombed-out remains of schools and apartment complexes. Without Joel and Ellie’s touching relationship, The Last of Us would have been little more than a ripoff of The Road.

Joel and Ellie’s bond proves essential in the final chapter of the original game, hailed by many critics as a perfect ending, when Joel realizes that Ellie will die in the operation necessary to create a vaccine and decides to stage an escape. When I first played, I tried to find ways to save an unconscious Ellie without brutally murdering dozens of doctors and nurses. But eventually, I realized that killing unarmed medical workers was the only way to beat the game. It’s a horrifying and complicated moment for the player, and it’s unclear how the forthcoming HBO TV adaptation, a collaboration between the game’s director and the creator of HBO’s similarly harrowing Chernobyl, will be able to capture that same feeling for a passive viewer.

The genius of the game was that the story gradually built toward one final moment that forced the player to reckon with whether the nominal hero of the story was, in fact, a villain. In the sequel, however, the player is asked to commit ethically dubious acts not just once, but on a minute-to-minute basis, diminishing the power of what is sure to be a controversial finale.

This time, we play primarily as Ellie, now 19 years old and on a mission that I won’t spoil in a war-torn Seattle. The city has become a battleground where the militant Washington Liberation Front faces off against a cult that goes by the name the Saraphites. It’s an engrossing world: The graphics are beautiful, the motion-capture faces gorgeously rendered. The mechanics of the original Last of Us were always a little clunky and cumbersome, but moving through the world of The Last of Us Part II is seamless. Weapons and tools are still scarce, and the game still encourages stealth over confrontation. Still, when Ellie does come to blows with an enemy, the fighting is fluid yet challenging.

And fight, she does. The single-minded Ellie will shoot, bludgeon or shank anyone who gets in her way, regardless of political ideology. Enemies who, in games like Grand Theft Auto or Naughty Dog’s own Uncharted, would remain nameless and faceless get sympathetic backstories here. After you kill them, one of their friends might call out their name in anguish, compounding your guilt. The Washington Liberation Front uses dogs to hunt Ellie down, and while occasionally the player can circumvent these animals, too often you have to kill them too. (See also: Chernobyl.) The story is so dreary and cynical that some of Naughty Dog’s own developers protested the direction the game was taking, according to Naughty Dog’s head Neil Druckmann.

But if Naughty Dog’s intent was to shock, leaning so heavily on the violence has the opposite effect: 30 hours into the game, it’s easy to grow numb to acts of cruelty. That awe-inducing scenery and careful character-building is lost in macabre action. And while the violence of the first game served a compelling moral tale, the over-the-top bloodshed of Part II is all in service of a rather clichéd and tiresome lesson about the endless cycle of revenge. The banter that elevated the first game above mere dystopian fantasy is gone too, as Ellie often navigates this ultra-violent world on her own. It makes for a lonely, depressing experience at a moment when many of us are already feeling lonely and depressed.

Still, it’s a rare AAA video game that will take any sort of risk — and Naughty Dog takes a lot of risks. For some, it will be worth enduring dozens of hours of harrowing gameplay to experience a blockbuster game attempting to break the mold, whether or not most players are satisfied with the ending. Antiheroes aren’t new to video games, but Naughty Dog pushes the concept to its edge, shifting the player’s perspective in compelling, if sometimes frustrating, scenes.

And it’s no small thing that Naughty Dog decided to primarily tell this story not with the typical white, straight, male antihero, but a gay woman. Ellie’s bisexual girlfriend Dina and a trans character (whose identity I’m not permitted to spoil) also play major roles. The women in the game don’t have the buxom bodies still popular among many game developers, but realistic and varied builds. This sort of diversity is still radical for a mainstream video game, though the core cast of characters remains primarily white, and the game avoids any acknowledgment of the glaring racial divide in this country, which would not simply dissipate in a post-apocalyptic world.

Still, explorations of sexism, homophobia and transphobia in the game open up new avenues that have largely been missing from mainstream video games. A concerted effort by the #gamergate movement has pushed back against any video game company that dares to expand its perspective in these ways. Even as notable female-led video games have impressed fans and critics (including recent triumphs like Horizon Zero Dawn and Control), little progress has been made. Last year, the website Feminist Frequency found that the number of video games with female protagonists at the E3 Expo (the premiere video game expo) was lower in 2019 than it was in 2015 when the #gamergate movement caught fire.

Unsurprisingly, The Last of Us II has garnered its fair share of trolls even before its release. After a trailer that featured a kiss between Ellie and Dina dropped in 2018, outrage began to brew among a small but loud contingent of fans online. A few weeks before Naughty Dog was set to release the game, footage and details of the plot leaked. As plot twists went viral, Naughty Dog’s social media channels and employees’ personal accounts were flooded with sexist, homophobic and transphobic slurs, forcing the company to disable commenting.

Some toxic YouTubers and Reddit posters have advocated for boycotting the game for a host of suspect reasons. Some are unhappy that they would have to play as a queer 19-year-old girl rather than a grizzled middle-aged man they know and love — a complaint that mirrors fans’ outrage over the death of Luke Skywalker and the ascendence of his protégé Rey in the Star Wars series. Others have balked at what they label as Naughty Dog’s progressive political agenda, which they claim was influenced by feminists they call SJWs (social justice warriors). These arguments are usually wrapped up in complaints about Naughty Dog’s bold plotting decisions, and it’s hard to untangle the real gripes about story from political agenda.

These trolls are following a well-worn playbook: They bully anyone associated with an old property, once dominated by straight white men, that has since evolved. The disturbing thing is, they often win: After angry Ghostbusters fans protested the all-female reboot by lobbing racist and sexist slurs at comedian Leslie Jones, the studio greenlit a new Ghostbusters sequel that ignores the existence of the film starring Jones. After trolls harassed Star Wars actress Kelly Marie Tran to the point where she left social media, Tran got all but written out of the last installment of Star Wars.

Unlike the movie studios that have capitulated to fan demands, Naughty Dog, to its credit, has refused to budge on its commitment to all aspects of The Last of Us Part II. On the game’s press tour, Druckmann has repeatedly said that diversifying the story’s characters has allowed them to create a more interesting narrative — though he’s also warned fans that this particular story will not be “comfort food.” If those who embrace it are ultimately let down by its unrelenting bleakness, they can at least take heart in the possibility that it’s paved the way for something just as groundbreaking — and a little more optimistic — to follow in its footsteps. 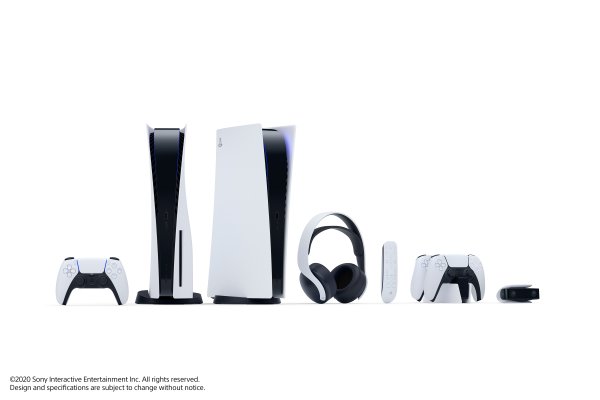 Sony Finally Reveals the PlayStation 5
Next Up: Editor's Pick