I Spent My Career in the U.S. Navy. The U.S. Military Must Stand Up for Its Soul in This Moment

Law enforcement including Park Police, Metro Police Department and D.C. National Guard gather in Lafayette Square to face demonstrators protesting the death of George Floyd in Washington, D.C. on June 1, 2020.
Hannah Gaber—USA TODAY/Sipa
Ideas
By James Stavridis
Admiral Stavridis (Ret.), a TIME Contributing Editor, was the 16th Supreme Allied Commander at NATO and is an Operating Executive at The Carlyle Group. His new book is 2034: A Novel of the Next World War. His previous nonfiction book was Sailing True North: Ten Admirals and the Voyage of Character

It is long past time to address inequality in this nation and issues like harsh, often brutal, treatment of minorities by police – especially against African-Americans. The peaceful demonstrations that erupted after the murder of George Floyd are completely understandable although the violence and destruction that accompanied some of them is not.

Clearly, we need to stop looters, restore order to our streets, and ensure it is safe to venture out in public. But as a former member of the armed forces, it hurt to watch U.S. military personnel used against peaceful protestors in Washington D.C. early this week. The sweeping use of a combined civil-military force – D.C. police, Park Police, National Guard, and active duty military police – against the protesters to clear the way for a Presidential photo-op was beyond the pale of American norms. It was particularly ill-advised to include active duty military personnel in that event.

Our military numbers about 1.2 million active duty. They are sworn to protect and defend the constitution of the United States, and the vast majority would instantly lay down their lives to do so. But they are not meant to be turned against their fellow citizens. Our founding fathers feared the use of a standing army that could be used to further the aims of a dictator. Fresh in their minds was the repeated use of the British army directly against what were then British subjects in Boston and elsewhere in the colonies. Here in these United States, we built laws, customs, and traditions that focus on the appropriate use of the military outside the country. The idea of “boots on the ground” and “dominating the battlespace” in our American cities is anathema to America.

We have over a million police officers in the United States. The National Guard, which is appropriately prepared for these kinds of civil order missions, is a capable and ready force available to governors to supplement the police if needed. That is more than sufficient to control any foreseeable version of events going forward. We need to get our active duty military out of the line of fire of domestic politics and off the streets, and turn this mission over to the men and women trained for it.

I am old enough to remember the protests of 1968, the destructive energy that ripped through this nation in those days under the twin burdens of racism (and the assassination of Martin Luther King Jr.) and the country’s enormous protests against the war in Vietnam. Our military became part of the politics of the time, and as a result was disrespected in the late 1960s and early 1970s. It has taken decades to rebuild the nation’s trust in our military, and to find our way to a time in which the military is the most trusted institution in the nation and the expression “thank you for your service” is regularly heard by every man and woman in uniform.

All of that is at risk. Our active duty military must remain above the fray of domestic politics, and the best way to do that is to keep that force focused on its rightful mission outside the United States. Our senior active duty military leaders must make that case forcefully and directly to national leadership, speaking truth to power in uncomfortable ways. They must do this at the risk of their career. I hope they will do so, and not allow the military to be dragged into the maelstrom that is ahead of us, and which will likely only accelerate between now and November. If they do not stand and deliver on this vital core value, I fear for the soul of our military and all of the attendant consequences. We cannot afford to have a future Lafayette Square end up looking like Tiananmen Square. 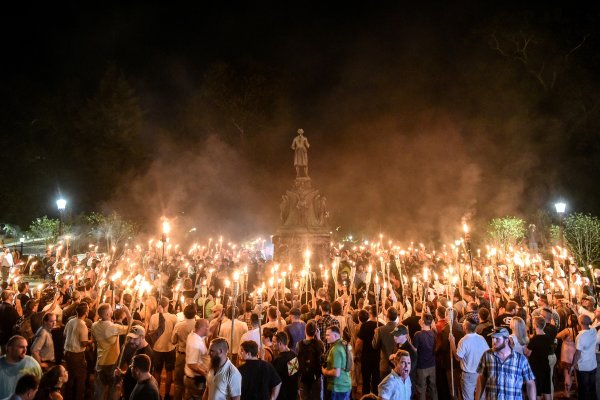 Why Trump Won't Try to Heal a Grieving Nation
Next Up: Editor's Pick