On Sunday, the mayor of Washington, D.C., called upon President Donald Trump to stop writing tweets that she says divide the country as nationwide protests against police brutality continued, sparked by the death of a Minneapolis man, George Floyd.

Hours after communities across the country were rocked by sometimes-violent confrontations between law enforcement and protesters, D.C. Mayor Muriel Bowser, a Democrat, said on Meet the Press that officials on every level of government must work to “heal the hurt that people are feeling.” For President Donald Trump, Bowser said that this should begin with his messages on social media.

On Twitter, in the week since Floyd’s death, Trump has warned protesters that “when the looting starts, the shooting starts,” and cautioned demonstrators at the White House that “the most vicious dogs” guarded the property.

Bowser and the President, who have long had a contentious relationship, exchanged barbs Saturday after the President criticized the Metropolitan Police Department of the District of Columbia’s response to protests near the White House.

President Donald Trump tagged the mayor in a tweet on Saturday, saying that she had refused to permit the D.C. Police to “get involved” with the protesters at the White House on Friday. The Secret Service said in a statement that same day that Metropolitan Police actually were on the scene during the demonstration.

Bowser responded to the President, during a press conference on Saturday, insisting that the D.C. police had assisted the Secret Service, “like we have done literally dozens of times at Lafayette Park.” She also criticized the President’s “vicious dogs & ominous weapons” tweet for evoking the era of segregation.

On Twitter, she wrote, “There are no vicious dogs & ominous weapons. There is just a scared man. Afraid/alone… I call upon our city and our nation exercise great restraint even while this President continues to try to divide us.”

“I think that the President has a responsibility to help calm the nation, and he can start by not sending divisive tweets that are meant to hearken to the segregationist past of our country,” Bowser said to host Chuck Todd on Sunday. She added that in communities across the country, “There are people who are angry, and people who are hurting. And some not doing it in ways that are helpful to our cause. But we still have to acknowledge that hurt and that anger.” 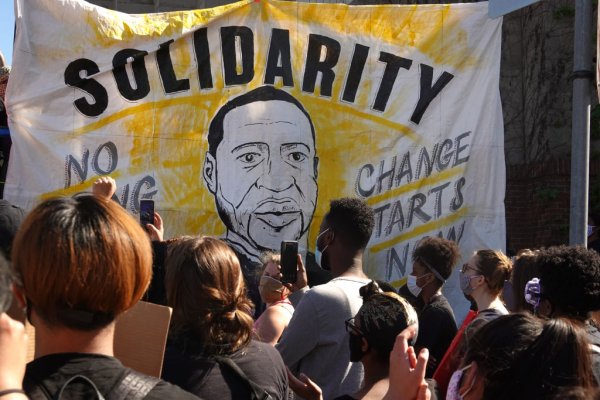 Out-of-State Agitators Not as Common as First Suggested
Next Up: Editor's Pick