As demonstrations flared over police brutality in cities across the country after the murder of George Floyd, footage of two New York City Police Department SUVs driving into a crowd of protesters in Brooklyn on Saturday has stoked further widespread outrage.

In several videos capturing the incident from different angles, the two vehicles drive up to a group of protesters standing in the middle of the street. Some of the protesters place a metal barrier between themselves and one of the vehicles and chuck traffic cones, water bottles and other objects at the SUV. Another police SUV drives around the vehicle and turns into the crowd, pushing some of the demonstrators forward. The first SUV then drives against the barrier, slamming demonstrators backwards. The protesters then appear to rush at the police vehicles.

New York City Mayor Bill de Blasio defended the police’s actions during a press conference on Saturday, arguing that the protesters should not have surrounded a police vehicle

“Imagine what it would be like — you’re just trying to do your job and then you see hundreds of people converging on you. I’m not going to blame officers who were trying to deal with an absolutely impossible situation,” de Blasio said. “The folks who were converging did the wrong thing to begin with. And they created an untenable situation. I wish the officers had found a different approach but let’s begin at the beginning. The protesters in that video did the wrong thing to surround that police car, period.”

After the footage went viral, De Blasio also addressed the incident at a press conference Sunday morning, saying that the situation would be investigated.

“I didn’t like what I saw one bit. I don’t ever want to see something like that again… If there’s discipline that needs to be meted out, it will be,” the mayor said, though also insisted that the demonstrations created the situation. “This was not normal peaceful protest.”

New York Rep. Alexandria Ocasio-Cortez, a Democrat, called upon the mayor to hold the police officers responsible for the incident.

New York City Police Commissioner Dermot Shea did not directly refer to the incident, but acknowledged on Twitter on Saturday evening that some police officers had “reacted emotionally,” during the protests on Saturday, and that the police will “address” such incidents. However, he wrote that the “vast majority of officers acted with restraint & professionalism.”

On Sunday morning, he issued a statement on Twitter praising how the police had responded to the protests.

The incident was not the only clashes between police and protesters demonstrating against the Minneapolis police killing of George Floyd. Multiple protests took a violent turn on Saturday both in New York and in cities like Minneapolis, Los Angeles and Denver. Reports say that New York City police officers beat people with batons, hit them with pepper spray and threw them to the ground.

An NYPD source told TIME that 345 people were arrested on Saturday, with 47 police vehicles were damaged and 33 officers injured. 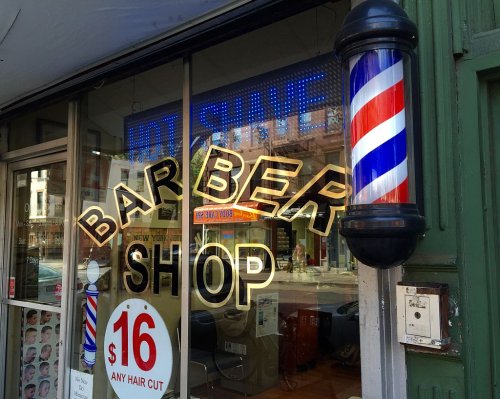