Graves of U.S. soldiers at the Cypress Hill Military Cemetery in Brooklyn, NY on May 25, 2020.
Pablo Monsalve—VIEWpress/Corbis/Getty Images—
By Alejandro de la Garza

With nearly 100,000 Americans killed in the coronavirus pandemic, Memorial Day ceremonies to honor fallen service members across the country have taken on added meaning. And with social distancing rules in effect, those organizing remembrance services have had to make special accommodations in order to honor those killed in the line of duty without putting attendees at risk.

“It’s a very emotional day for us. It’s a very community-centered day,” says Sarah Taggart, executive director of the NJ Vietnam Veterans’ Memorial Foundation, explaining the challenges of hosting Memorial Day services during the pandemic. This year, the organization, which runs a museum and a memorial site, held a virtual ceremony that featured video segments contributed by veterans and essays written by graduating high school seniors.

“We just tried to keep the same feeling we normally have,” says Taggart.

Across the country, Memorial Day gatherings of all sizes have also been forced to adapt to this year’s circumstances. The National D-Day Memorial in Bedford, Virginia hosted a virtual Memorial Day event. The American Veterans Center’s National Memorial Day Parade in Washington D.C. has been replaced with a television program. The U.S. Navy, Marine Corps and Coast Guard are in the midst of “Virtual Fleet Week New York 2020,” which is being presented via social media. Even at Arlington National Cemetery, only 10 attendees are now allowed at funerals, and ceremonies are being performed by a minimum contingent of troops.

Smaller ceremonies are also attempting to balance public health concerns with bringing people together. In Berkeley Heights, N.J. the annual Memorial Day parade was replaced with a “Drive-By Salute” from the the local police department and police benevolent association, who drove past the homes of area veterans. The city of Broadview Heights, O.H. held a “drive-thru Memorial Day Parade,” in which participants were asked to stay in their vehicles.

But despite efforts to honor Memorial Day with coronavirus accommodations, some veterans and family members felt the loss of being unable to congregate in person to pay tribute to lost friends and relatives.

“It wasn’t as meaningful as being in the presence of each other because there’s a bond and you lean on each other and you seek solace from each other,” says John Nugent, 78, a Vietnam veteran and N.J. Vietnam Veterans’ Memorial Foundation trustee. “The loneliness of being by ourselves, that’s hard.”

Nugent says the current circumstances may in some way help the public understand what veterans and their families have gone through. “Hopefully they are able to take a little more meaning from listening to veterans because we can relate to what they’re going through, because they’ve never had to go through something like this, the fear of an enemy who can take your life,” he says. “For civilians, this could have been a more meaningful Memorial Day than in the past.”

Taggart says hosting services during a pandemic may offer some lessons for future years. “I will say that one of the silver linings of having to go online is that it’s reached a larger audience than it normally would,” says Taggart. “Today especially, more people are realizing what Memorial Day is about.”

Nugent was planning on attending an informal virtual gathering of Vietnam veterans he knows, and calling other friends that he served with. But he says it’s still hard to replace in-person gatherings. “You never really appreciate things until they’re gone,” he says. “I think we may have a greater appreciation for the simplicity of getting together, the simplicity of being with loved ones, because we have been unable to do so.” 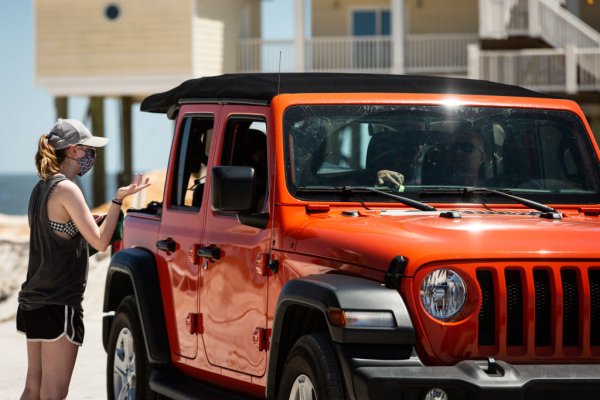