Joe Biden said Thursday he knows what qualities he’s looking for in his vice-presidential pick but stressed that he was far from a decision.

“I honest to God don’t know who — I promise you — right now,” he said on CBS’s “The Late Show with Stephen Colbert.”

Asked about reporting that Senator Amy Klobuchar of Minnesota had agreed to be vetted, Biden said “no one’s been vetted yet by the team.”

Pressed by Colbert on whether Klobuchar is on his short list, Biden responded that she’s “first rate” but said he wasn’t “getting into” where she stands in the process.

He described vetting, which he underwent in 2008 to become Barack Obama’s running mate, as “a very invasive process” of looking at past votes, financial statements and health records. He suggested that one reason why he wouldn’t volunteer a list of names under consideration is “because if someone’s not chosen the presumption is not necessarily true that there must be something wrong.”

Biden said that as he considers his choice, he is keeping in mind the advice he received from an Obama aide. “The best way to put it is what one of Barack’s close advisers, who’s also a friend, said, ‘think to yourself: You’ve got an important decision, who’s the last person you want in the Oval Office to talk to you?’”

Biden has said he will choose a woman to be his vice president.

New Mexico Governor Michelle Lujan Grisham said she has been asked for references, and Michigan Governor Gretchen Whitmer told NBC’s “Today Show” on Tuesday that she’d had opening conversations with the campaign about joining the ticket. 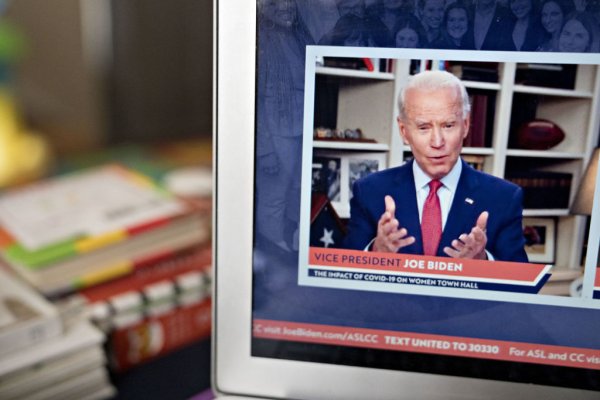