Alex Hribal, the suspect in the multiple stabbings at the Franklin Regional High School in Murrysville, Pa., is escorted by police to a district magistrate to be arraigned in Export, Pa., April 9, 2014.
Keith Srakocic—AP
By Eliana Dockterman

Stabbing suspect Alex Hribal is a nice kid from a normal family, says his lawyer. “This is not a dysfunctional family,” Patrick Thomassey told CNN on Thursday. “They’re like the Brady Bunch. These parents are active with their two sons, and we’re trying to figure out what happened.”

Police charged Hribal as an adult with four counts of attempted homicide and 21 counts of aggravated assault after a stabbing spree that left 22 people (including Hribal) injured in a high school outside Pittsburgh on Wednesday. Authorities are still struggling to decipher the motive behind Hribal’s alleged crimes.

Hribal had a reputation as a quiet teenager at his school. Some have alleged that Hribal was bullied in school, pushing him to his limit. His lawyer denied that was the case. “I heard these rumors about being bullied. I don’t believe that’s true,” Thomassey said. “I’m sure that at a certain point, we’ll find out what caused this. Maybe there is something that was going on at school that I’m not aware of yet or his parents aren’t aware of yet.”

Thomassey said he wants a psychiatrist to evaluate his client and that he plans to file a motion to have the case moved to juvenile court. “I’m not sure he knows what he did, quite frankly,” Thomassey said, adding that Hribal is remorseful. “He’s scared. He’s a young kid.”

Police also had little insight into the reasons for the attack. “We believe, through the investigation, that this was random,” Murrysville police chief Tom Seefeld told CNN. “We don’t have anybody that was targeted, as far as we know at this point.” Police are investigating a possible phone threat made by Hribal the night before the incident but have not yet confirmed that such a call was made.

A student who witnessed the incident said the attacker was silent as he stabbed his victims with kitchen knives. “He was very quiet. He just was kind of doing it,” Mia Meixner said. “And he had this, like, look on his face that he was just crazy, and he was just running around, just stabbing whoever was in his way.”

Hribal allegedly wounded 20 students and a security guard before the assistant principal, Samuel King (a neighbor of the Hribals), tackled him, according to police. Students outside the school heard a fire alarm go off during the attack, and one student, Matt DeCesare, saw two of his classmates emerge from the school covered in blood. He then saw teachers running in to pull other students out of the building. “We all took our hoodies off and handed them to the teachers to use as tourniquets to stop the bleeding,” DeCesare said.

One of the stabbing victims, Brett Hurt, said everything happened quickly. He was goofing off with a classmate, Gracie Evans, when he was stabbed from behind. “I didn’t even know it was going on at the time. I was just walking down hall and he stabbed me with a knife,” Hurt said in a press conference on Thursday, according to ABC News. “Everything went … I didn’t even know it was going on. I couldn’t move.” Evans took Hurt into a classroom and put pressure on his wounds, saving his life.

Hurt said he didn’t know Hribal well and had only met him a few times. “I don’t know his reputation, but after today he’s going to have a bad one,” Hurt said.

Westmoreland County District Attorney John Peck argued in front of a judge against bail Thursday. He cited “statements [made by Hribal] when subdued by officials that he wanted to die.”

Hribal is being held without bail at a juvenile detention center. He has been treated for injuries to his head and hands.

Many of the victims have been hospitalized, and at least four were in critical condition on Wednesday, though all are expected to survive. 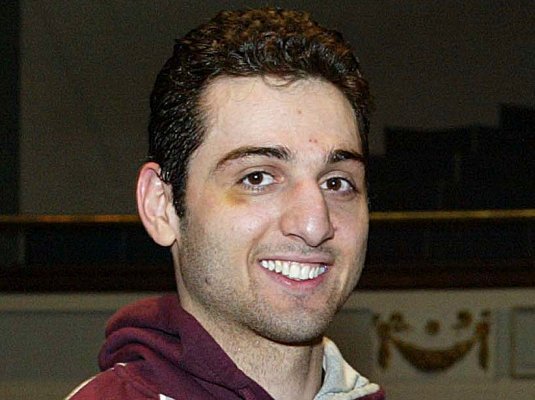 What Russia Knew About the Boston Marathon Bomber
Next Up: Editor's Pick