The Pandemic Made My World Small. Social Media Helped Open It Up

In May, I experienced what felt like a personal concert by two of my favorite performers. Really, I was sitting in my living room, and 700,000 other people were watching too.

It was the latest “Verzuz” battle–in which two artists perform from their homes while fans egg them on in the comments–and the competitors were Jill Scott and Erykah Badu. But the event felt more like a celebration than a duel. Scott and Badu discussed homeschooling their children, shared stories behind hit songs and complimented each other’s work. Michelle Obama even left comments and tagged her husband.

The series was launched in March by Swizz Beatz and Timbaland, and whenever one of these battles happens, I see all the black people on my Twitter feed talking about it. Despite our physical distance, it feels like a group activity, a barbecue or cookout that everyone attends to gossip or hype one another up while enjoying some amazing music.

I definitely didn’t expect social media to soothe the emotional impact of a global health crisis. Much has been written about the negatives of social media, like bullying and self-esteem issues, and you don’t have to log on for long to observe some of the toxicity. But right now, for so many young people like me isolated at home, social media has been a lifeline.

While some have used it to entertain, others have used it to share information and educate. On April 30, filmmaker Ava DuVernay hosted her annual ARRAY tweet-a-thon, bringing together more than 60 directors–legends like Mira Nair, Julie Dash and Guillermo del Toro, as well as newcomers like Lulu Wang and Cathy Yan–to share their industry knowledge. As a black woman, I’ve always figured it would be hard to become a director, and with film festivals canceled, movie theaters closed and productions halted, the dream seems even more distant. This tweet-a-thon didn’t just provide insight from established directors; it humanized them. It reminded me that they’re also film nerds stuck at home, planning and hoping for their next projects. When asked what advice she’d give black women trying to break into the industry, one of my favorite directors, Gina Prince-Bythewood, responded, “Your first film/script should announce to the world who you are. So write a story that is personal, write a story only you can tell. And make sure it is dope.” I felt like she was speaking directly to me.

Over the past few months, I’ve felt locked up in my home (which I know I’m privileged to have), but being on social media has made me feel like the world isn’t so small. When I tweet about being sad or depressed, people send messages telling me that they’re available to talk and that I’m not alone. I told a friend I know only through Twitter that I wanted to try planting. A week later, several packets of seeds and a card with instructions arrived in the mail.

I don’t want to make light of what’s going on. So many people are dying, and besides social distancing and following other precautions, there’s not much I can do. It’s easy to despair, but when I log on to social media and see people trying to spread positivity, I can’t help but feel hopeful too. 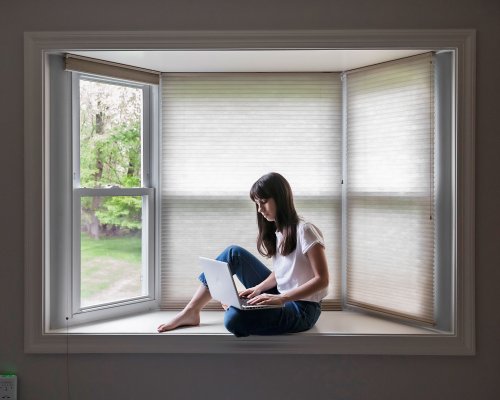 Why TIME Devoted an Issue to the Impact of the Pandemic on the Next Generation
Next Up: Editor's Pick