By Amy Gunia and Sanya Mansoor

Three people were injured Wednesday night following a shooting at a shopping complex in Glendale, Arizona, police say. A suspect carrying an assault rifle was taken into custody shortly after calls warning of an active shooter came in, according to authorities.

“This was a very escalated situation that could have [taken] a much more tragic turn than it did,” Jose Santiago, a spokesman with the Glendale Police Department, said at a press conference Thursday afternoon. “We unfortunately did see 3 people injured… but this had the potential to take lives and certainly have the potential for more injuries.”

Arizona State Senator Martín Quezada said on his verified Twitter account that he witnessed the shooting. The Senator said he is okay, but said that there are “lots of shaken up people.”

Police identified the suspect on Thursday as 20-year-old Peoria resident Armando Hernandez Jr. and said he had been charged with 16 felony charges including aggravated assault and discharging a firearm.

The Glendale Police Department said in a statement that “emergency dispatchers were able to begin sending officers to the scene less than a minute after the first call” reporting an active shooter was received. “Officers were able to quickly locate the suspect and safely took him into custody without any further incident within two minutes of arriving,” the statement said.

Hernandez later “[admitted] to detectives he was planning on going to Westgate to harm 10 victims with this horrendous act,” said Sgt. Randy Stewart with the Glendale Police Department. It was currently unclear why the shooter wanted to harm 10 people specifically, he added.

Officers were still “on scene gathering evidence” on Thursday morning and the investigation is still ongoing, although businesses in the area are now open again.

Authorities said they are “aware of suspect video of this incident that has circulated on social media,” following reports that Hernandez had shared video of the shooting on Snapchat. “We have identified the suspect as the person involved in that video,” Stewart said. Footage taken by others who appeared to be on the scene was also shared widely, and police requested anyone else with videos contact the agency.

Glendale Mayor Jerry Weiers said at the press conference on Thursday that Glendale was still a “safe city.”

“As we begin to emerge from our homes and our public spaces again, evil acts like this have a very very fearful and paralyzing effect if we let them,” I’m asking all of you: please don’t give into fear. Don’t allow senseless acts like this to change your habits.”

Glendale is a city of approximately 250,000 people about 10 miles northwest of Phoenix.

Write to Amy Gunia at amy.gunia@time.com and Sanya Mansoor at sanya.mansoor@time.com. 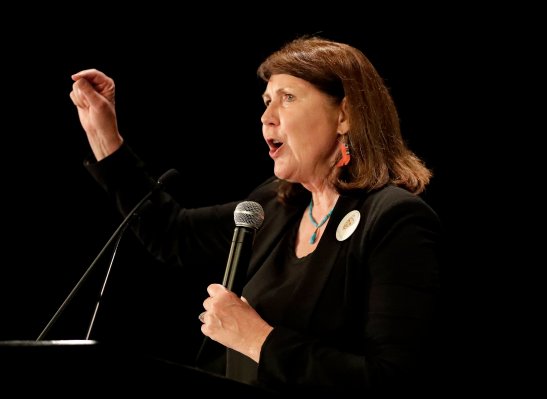