In 1968, These Activists Coined the Term 'Asian American'—And Helped Shape Decades of Advocacy

In 1968, University of California Berkeley graduate students Emma Gee and Yuji Ichioka needed a name for their student organization, which was aimed at increasing the visibility of activists of Asian descent. As the Black Power Movement, the American Indian Movement and anti-war movements expanded, Gee and Ichioka saw an opportunity. They wanted to come up with a term that would bring together all the different groups of people of Asian descent under one, larger umbrella.

So they named their group the Asian American Political Alliance (AAPA) — what is believed to be the first public use of the phrase “Asian American.”

“Asian American” is everywhere now, from Asian American studies departments in universities to May’s designation as Asian Pacific American Heritage Month, but this wasn’t always the case. Before its rise, people of Asian descent in the U.S. would generally refer to themselves by their specific ethnic subgroup, such as Japanese American, Filipino American, and so on. When a broad term was used, it was often “oriental,” which held racist and colonialist connotations. But “Asian American” wasn’t just a handy umbrella term: by uniting those subgroups linguistically, it also helped unite activists in their fight for greater equality.

“There were so many Asians out there in the political demonstrations but we had no effectiveness. Everyone was lost in the larger rally. We figured that if we rallied behind our own banner, behind an Asian American banner, we would have an effect on the larger public. We could extend the influence beyond ourselves, to other Asian Americans,” Ichioka later said in an interview with Yến Lê Espiritu, author of Asian American Panethnicity: Bridging Institutions and Identities.

Gee and Ichioka were not only strategic in their naming, but in their organizing methods as well. To recruit members, the two searched for students with Asian last names on the directories of various campus political groups. “It is highly significant that Ichioka and Gee used the methodology of pulling out all Asian surnames—rather than simply trying to identify members of a single ethnic group—because it demonstrates that from its very inception, AAPA was explicitly envisioned as a multiethnic group for all Asians. Indeed, AAPA drew together a diverse group of Asian Americans as its first members recruited members from their own organizations and networks,” writes Daryl Joji Maeda in Rethinking the Asian American Movement.

Gee and Ichioka themselves were an example of the integration of various Asian American subgroups happening at the time: Gee, who was Chinese American, and Ichioka, who was Japanese American, were a pan-Asian American couple. “In the post-war era, segregation between Asian groups was lessened, and you had different Asian groups living together, and the kind of separation caused by Chinatowns and Japantowns went down ​because the ethnic enclaves started to house other Asian groups,” explains Espiritu.

That integration, however, was not the only thing bringing Asian Americans together in the years before and after the term was coined. Discrimination did not differentiate between ethnic sub-groups. During World War II, the incarceration of Japanese Americans — including Ichioka’s family — led other Asian Americans to wear buttons and badges that displayed their ethnicity, because officials might otherwise fail to see the difference. The Vietnam War also served as a catalyst for Asian American organization, though most widespread anti-war movements didn’t have the same ideals that many Asian Americans had in mind. “Asians were watching this unfold on the news and realized that the ‘enemy’ had faces like their own. The mainstream anti-war movement was kind of saying ‘bring our boys home,’ but for Asians, they were saying ‘stop killing our Asian brothers and sisters’” explains Espiritu.

In 1968, the Third World Liberation Front, which was a coalition between AAPA, the Black Student Union and other student groups at San Francisco State University, formed and took part in the longest student strike in U.S. history. As a result, the university established the first College of Ethnic Studies in the U.S. The movement inspired a second strike at UC Berkeley. In 1969, Ichioka, who died in 2002, taught the first course at UCLA’s Asian American Studies Center, which he also helped found. Asian American studies departments continued to form at universities throughout the U.S., institutionalizing the term.

But the reasons for Asian American unity have continued. Decades later, the 1982 killing of Vincent Chin, a Chinese American, by two white men who thought he was Japanese, further indicated the need for pan-Asian American mobilization. The incident took place in Detroit, where the automotive industry was declining, which many blamed on the success of Japanese car manufacturers. “All that mattered was that you looked Asian. The fact that an Asian person is killed, and the justice system doesn’t follow up, that required everyone to band together,” says Espiritu.

And today, with the rise of pandemic-fueled racism, the term Asian American has held onto its importance. “Racism,” says Espiritu, “doesn’t distinguish.” 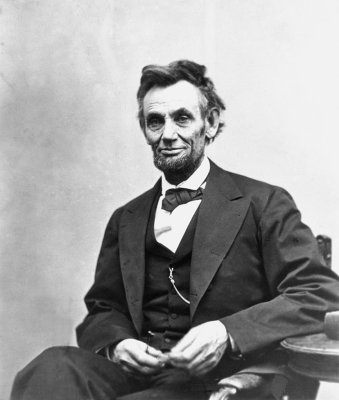 The $60,000 Telegram That Helped Abraham Lincoln Abolish Slavery
Next Up: Editor's Pick