Hong Kong’s police watchdog largely exonerated officers against accusations of excessive force against protesters last year, a conclusion that may end up further angering demonstrators who have called for an independent inquiry.

The Independent Police Complaints Council, an agency whose members are all appointed by the city’s leader and lacks any real investigative powers, issued a lengthy four-volume report Friday that mainly defended the police force’s response to the often violent unrest that rocked the Asian financial hub last year and has gathered steam again in recent weeks after pausing due to the coronavirus.

Hong Kong Chief Executive Carrie Lam has repeatedly said the IPCC’s report would help address protester grievances, even though an estimated 80% of the city’s residents supported an independent inquiry into police violence — a key demand that drove the demonstrations for months. Numerous protesters, human rights groups and foreign governments accused Hong Kong’s police of using excessive force at protests, torturing some detainees and failing to hold individual officers accountable for their actions.

The police have rejected accusations that its officers acted unprofessionally, and very few of them were suspended or disciplined. The chasm between protesters and police only seemed to harden over the months, and still remains an issue: Just this week Police Commissioner Chris Tang said officers’ use of pepper spray and intimidation against the press during a Sunday protest was “undesirable.”

The IPCC report released Friday largely defended the police while saying there was “room for improvement” in terms of how they handled certain high-profile incidents in the tense months of June, July and August. It also repeatedly blamed the protesters for instigating the police response, almost appearing to suggest the demonstrators were also an organized entity trusted with the power to use lethal force to uphold the law.

“From the facts collected in this study, it can be seen that the use of force by the Police in the past months of protests has been in reaction to illegal action by protesters and for protection of themselves and others when attacked by violent protesters,” the report’s conclusion said.

“This is just one-sided, it’s the police coming out with their own report — the pro democracy movement will reject this,” said Joseph Cheng, a retired political science professor and veteran pro-democracy activist. “The general demand is for an independent commission of inquiry. This is not only based on a demand to know the truth, it’s seen as a very important gesture and concession on behalf of the Carrie Lam administration, the beginning of a reconciliation process.”

The report’s conclusions may even fuel a fresh wave of protests emerging after the pandemic halted mass demonstrations. One of their five core demands is for a formal independent commission of inquiry, which would have the statutory power to issue search warrants, compel testimony and hold witnesses in contempt if they fail to cooperate.

Last year’s historic unrest put enormous pressure on the city’s police, who were forced to respond to hundreds of often violent rallies across the city over the course of more than six months. Facing increasingly angry frontline protesters who threw petrol bombs and bricks and in some cases wielded metal bars and tools, officers became more aggressive in dispersal operations.

Numerous videos of confrontations — an officer riding a motorcycle into a crowd of protesters, others swinging batons at those trapped on the subway or pepper-spraying non-violent protesters in the face — went viral and prompted widespread anger at the police. Police denied an Amnesty International report alleging officers beat up and even “tortured” detained protesters, while also rejecting criticism of the way they’ve handled probes into rape and sexual assault allegations by demonstrators.

Dissatisfaction in the Hong Kong police force surged to 65.1% in November at the height of the protests, leaping from just 28.1% before the protests began in June, according to the Hong Kong Public Opinion Research Institute. One survey of protesters led by the Chinese University of Hong Kong found that by mid-July “expressing dissatisfaction with the police’s handling of the protesters” was the most important motivating factor for demonstrators to hit the streets.

Protesters calling for a fully independent inquiry rejected the idea that the IPCC was independent enough or had the political will to sanction individual officers. A panel of foreign experts appointed by the government to advise it withdrew after they “ultimately concluded that a crucial shortfall was evident in the powers, capacity and independent investigative capability of IPCC.”

Lam and her backers in Beijing, however, refused to criticize the actions of some officers or allow an independent review. Instead, she repeatedly praised police actions and defended the force while condemning protesters’ behavior.

Dennis Kwok, a pro-democracy lawmaker, said Friday that the IPCC had “no credibility whatsoever.” Without a credible investigation that gets at the truth, he said, “there can be no reconciliation.” 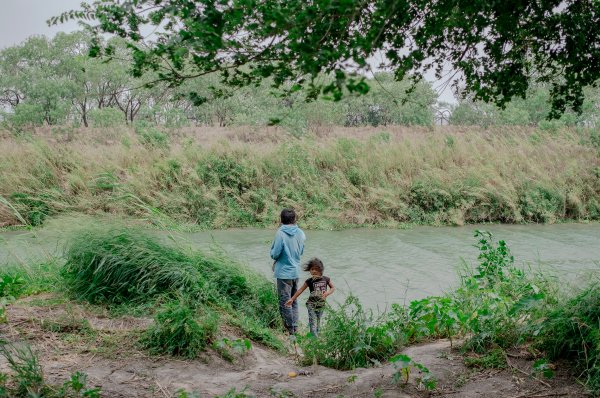 Coronavirus Outbreaks Could 'Devastate' Asylum Seekers
Next Up: Editor's Pick