Rem Koolhaas, the Pritzker prize–winning Dutch architect, author and academic, has long had a beef with airports. It’s not the same beef that everyone else has with airports–the Cinnabon smell, the brusqueness of security, the $7 snack. Koolhaas’ beef with airports is that they’ve lost their sense of purpose.

“Airports used to be highly rationalized spaces that simply served to take you efficiently from one place to the plane,” Koolhaas says on a landline from his office in Rotterdam. The process, in his mind, used to be very logical. “Arrivals, luggage, customs, blah blah blah.”

But airports now are made up of what he has named junk space. “You are basically almost forced to enter the bowels of a mostly financial configuration in order to be exposed to the maximum amount of shopping,” he says. The serpentine layout that herds passengers through a mazelike mall creates almost a “permanent sense of crowding,” he notes, “with much less freedom to make our own choices and to maintain our own distances.”

Airports are just one among the many, many public spaces that may have to be rethought, reorganized and redesigned in the era of pandemics, and Koolhaas believes it is way overdue. Also on his back-to-the-drawing-board list: cities, especially those that have no purpose but to attract people. “The problem is that in the last 20 or 30 years, cities have become gathering spaces for relatively affluent people and for tourists,” he says. “There has been a kind of really drastic transformation of the point of cities, that we didn’t really pay enough attention to.”

The architect who rose to fame largely for a book, Delirious New York, that celebrated New York City for its density and crowdedness has now turned his attention to less inhabited spaces, especially the countryside. To him, the gathering of more than 50% of the world’s population into metropoles that occupy just 2% of the world’s land mass was a problem long before anybody knew what the phrase social distancing meant.

A light from the greenhouse casts an alien glow onto Fifth Avenue in Manhattan on May 13. Although the Guggenheim's "Countryside" show was shuttered by the pandemic, its crop of tomatoes is still growing, and feeding New Yorkers.
Jeenah Moon—The New York Times/Redux

It was one of the themes of his recent exhibition at the Guggenheim, “Countryside,” which looked at the curious disregard and abandonment of the more rural parts of the planet. Because of the pandemic, the museum closed in March less than a month after the show opened, at around the same time people in cities began to wish they lived somewhere emptier and to suddenly wonder where their food came from.

Koolhaas manages, just, to refrain from gloating. “It would be opportunistic if I said either, I told you so, or, basically, You can now tell that [cities] are actually really dangerous environments to live in,” he says. “I think that it’s simply slightly reinforcing the argument that it’s incredibly important to begin to look not necessarily away from cities but at the neglect of the countryside.”

One of the overlooked roles open spaces often play, he notes, is as locations for vast, highly automated factories, data operations and fulfillment centers for companies such as Amazon, Apple and Google. And as online ordering and virtual meetings become life-protecting necessities, these behemoth structures have become ever more important. Even before the outbreak of the novel coronavirus, Koolhaas was calling for architects to take on their design.

“Our entire profession is geared toward the values and demands and needs of human beings,” he said back in February at his exhibition opening. “But all over the world, these huge mechanical entities are now appearing. They are typically enormous, typically rectangular, typically hermetic.” They also, occasionally, share space with humans. “We need to conceive of architecture that accommodates machines and robots, maybe as a priority,” Koolhaas says. “And that then investigates how robots and human rights might coexist in a single building.”

At 75, Koolhaas is old enough to remember the difficulties and privations of the post–World War II years in Europe. Having spent some of his child-hood in Indonesia, he’s also familiar with the havoc communicable diseases can play on a health system that is not prepared. So some of the new realities of life under a pandemic are reminiscent of his younger years.

Others, he is struggling with. Creativity, he says, is impossible in complete solitude. These days, Koolhaas spends about half his time on the building part of his practice, known as OMA (Office for Metropolitan Architecture), and half of it on the research and theory part of his practice, which puts together books and exhibitions. For both those approaches, he needs other people. “In terms of work and working without human interaction, it is very, very noticeable to me that for creativity, interaction is key,” he says, before offering up one of the syntactically complicated sayings for which he has become known. “For anything that will be necessary to create an exception, or a moment of genuine inspiration, human intercourse is necessary.”

If there is a theme to Koolhaas’ body of work–which has spanned buildings in cities as diverse as Moscow, Milan, Beijing, Seattle and Seoul, as well as at least 10 books (he co-authors many), it is this: he’s drawn to that which he feels has been given insufficient attention by his peers, whether it’s a point of view, a building material, the retail experience or a city in Nigeria. “I basically tried to put on the agenda issues and aspects that I felt were being ignored,” he says of his career. A project in his hometown of Rotterdam is designed so the best view is from passing cars. A museum in Moscow’s Gorky Park is an abandoned restaurant clad in lowly polycarbonate plastic. He wrote a book on Lagos and co-edited the Harvard Design School Guide to Shopping.

While Koolhaas may have fore-seen some of the challenges and short-comings that the pandemic has accentuated, he was caught by surprise by the lack of the preparedness of Western nations. Having built perhaps his most iconic building, the headquarters of the Chinese state-owned television network, CCTV, in Beijing, he was dismayed that China was considered an outlier. “There’s a form of Sinophobia, where the distance between the West and China is constantly increasing,” he says. “Blatant alarms that were going off there were not really received here.”

He’s also taken aback, but this time pleasantly, at how quickly the world changed when the gravity of the situation did finally become clear. “It has surprised me enormously the incredible financial means that have been released,” he says, especially given how difficult it has been to get any resources directed to the large changes in the climate. Similarly, he was impressed by “the incredible flexibility that people have shown in terms of changing their behavior in the most radical way.”

Architects are both students and catalysts of human behavior; they want to understand it and to change it. Koolhaas has lost some of his faith that architecture alone can solve problems. “But I do believe,” he says, “and I’ve had the luck of experiencing in person, that some-times you get to combine a number of demands and a number of needs, in a particular context, in a way that creates an event that is deeply satisfying for quite a long time.” In other words, sometimes Koolhaas’ crazy schemes have worked, and that is enough. 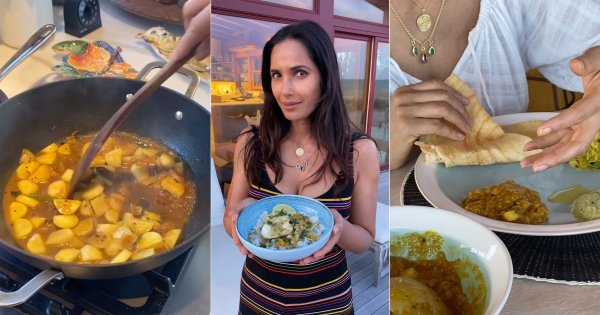