To Annex or Not to Annex: What Will Israeli Prime Minister Benjamin Netanyahu Do Next?

To annex or not to annex, that is indeed the question

Like a modern day Hamlet, Benjamin Netanyahu is pondering his next most critical decision.

Already the longest governing Prime Minister in Israel’s history and on the verge of starting a fifth term, Netanyahu appears to have made his choice. He recently told a group of Christian evangelicals that he was “confident” he’d be able to annex large parts of the West Bank. Indeed, the terms of his coalition agreement with his rival turned partner Benny Gantz allow him as of July 1 to introduce proposals to do precisely that.

But will he? He’s been Prime Minister now for almost a decade and a half and his support for annexation—which not coincidentally reappeared in April 2019 shortly before the first Israeli elections—has remained largely rhetorical. Netanyahu is preternaturally accomplished as a politician; and in many respects as a Prime Minister, too. But when it comes to major decisions in peace or war, he is no bold leader like Menachem Begin, Yitzhak Rabin, or Ariel Sharon.

To move forward with annexation Netanyahu will need to persuade himself no matter how alluring and attractive the upsides that the downsides are manageable. A cool and clinical assessment might argue for caution and prudence. The Prime Minister’s trial begins on May 24 and defending himself before the judges in Jerusalem court will require time and effort. Israel has managed COVID-19 remarkably well. But economic recession looms and there’s no guarantee that the virus won’t return in the future.

Then there are the Arabs, the Palestinians, and the international community to consider. None of these are necessarily hard stops. But no Israeli Prime Minister since the inception of the state has expanded Israel’s relations more in the Arab world, especially in the Gulf. Relations with Egypt have never been better; Jordan-Israel ties are strained. And a move to unilaterally annex parts of the West Bank effective, let alone declare sovereignty over the Jordan Valley, may cause King Abdullah to crater them. And why risk riling up Palestinians—now divided, weak and dysfunctional when the world seems to have all but forgotten them? Indeed, it is stunning that Netanyahu has managed to expand Israel’s diplomatic reach in Europe, Asia, Africa and Latin America even while he has increased Israeli settlement activity during his tenure and ardently opposed Palestinian statehood.

For all practical purposes, Netanyahu, with a great deal of help from the Trump Administration, has already accomplished his major goal on the peace process—making a Palestinian state all but impossible. The Palestinians aren’t going to make Israel a negotiating offer it can’t refuse. The Americans have now recognized Jerusalem as Israel’s undivided capital and done nothing to oppose settlement activity. Former Vice President Biden has made it known the Embassy will remain in Jerusalem. And Israel already controls the large settlement blocs and the Jordan Valley and no Israeli Prime Minister will be willing or able to cede control.

And yet the sirens of annexation still beckon. Two factors might offset his doubts and move him to consider acting. As former House Speaker Tip O’Neill famously said – all politics are local. In the March election more than 1,350,000 Israelis voted for Likud, the largest turnout for one party ever. Having won 10 of the last 14 elections in Israel, Likud is the most stable, powerful and only grass roots party in Israel. Netanyahu may be its master. But Likud is his home, his constituency, his sanctuary and the key to his survival. By setting a date in the coalition agreement to propose some kind of annexation he has raised expectations not just in the base but among the right-wing parties and the settler lobby which he needs in the event the government collapses and new elections are held.

Then there’s the legacy issue and once in lifetime opportunity the Trump Administration has offered Netanyahu by proposing a peace plan that opens the door to Israeli sovereignty over large parts of West Bank and the Jordan Valley. Secretary of State Mike Pompeo has already said that annexation is an Israeli decision. Pompeo will undertake a quick trip to Israel this week. And Netanyahu will be looking for current Administration thinking on annexation. But an embattled Trump eager to consolidate support in a close election is unlikely to stand in the way. Netanyahu might have to accept negotiations with Palestinians on a rump state. But this is manageable give the reality that Palestinians are highly unlikely to join talks on a state comprised of only 30% of the West Bank. And even if Joe Biden wins the presidency, by early 2021 burdened with the task of national recovery will he want to fight with Israel over a fait d’accompli supported by the vast majority of Israelis, including the likely next Israeli Prime Minister Benny Gantz?

True to his risk-averse nature, Netanyahu may look for a middle ground. If he moves to apply sovereignty he’ll steer clear of the Jordan Valley (and the vast majority of the 130 settlements in the West Bank)—focusing instead on the some of the large settlement blocs that Israel would have been expected to retain anyway if there were negotiations with the Palestinians. The move will upset his right wing but not enough to lose their support; box in Benny Gantz who cannot oppose it; and keep his relations with Arabs who don’t want to alienate the Trump Administration from completely cratering; and anger the Palestinians ensuring they won’t negotiate as Netanyahu hopes but likely preempt more drastic actions such as cancelling the Oslo Accords or dismantling the Palestinian Authority. And the beauty of it all from Netanyahu’s perspective—who never seems to run out of second chances—is that if Trump is reelected, he can always add more territory to the win column. 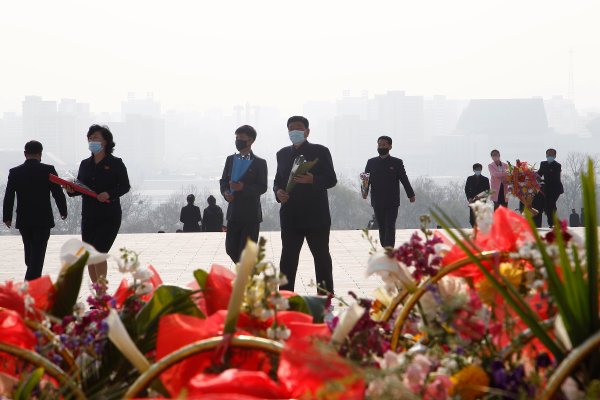 How Kim Jong Un Rumors Could Impact North Korea
Next Up: Editor's Pick