While millions of people have dusted off their old cookbooks in the age of coronavirus, Chrissy Teigen and Alison Roman, two stars of the cooking world, are at odds.

Roman, a New York Times food columnist and cookbook author, gave an interview to The New Consumer on Thursday about her recent rise in popularity and upcoming ventures, including a new television cooking show, a narrative non-fiction book and collaboration with cookware startup Material. In the interview, Roman said that she’s hesitant to put her name on products, citing examples of people she’d rather not emulate, including Chrissy Teigen and Marie Kondo.

“Like, what Chrissy Teigen has done is so crazy to me,” Roman said in the New Consumer interview. “She had a successful cookbook. And then it was like: Boom, line at Target. Boom, now she has an Instagram page that has over a million followers where it’s just, like, people running a content farm for her. That horrifies me and it’s not something that I ever want to do.”

This did not sit well with Teigen. On Friday, she responded to Roman’s comments on Twitter with frustration, calling her remarks a “huge bummer.”

“[This] is a huge bummer and hit me hard,” she said. “I have made her recipes for years now, bought the cookbooks, supported her on social and praised her in interviews. I even signed on to executive produce the very show she talks about doing in this article.”

“I started cravings because I wanted something for myself. I wanted something John didn’t buy,” Teigen continued in a separate tweet, referring to her husband singer John Legend. “I wanted something to do that calmed me, made me happy and made others happy, too. Cravings isn’t a ‘machine’ or ‘farmed content’ – it’s me and 2 other women.”

The television star added in following tweets that she was involved in her cookware line from “start to finish” and that it was “really hard” to see someone she “really liked” try to “try to completely invalidate” the work she does.

“I genuinely loved everything about Alison. Was jealous she got to have a book with food on the cover instead of a face! I’ve made countless NYT recipes she’s created, posting along the way,” she wrote of the Times food columnist.

As backlash against her interview grew online, Roman responded on Twitter on Friday saying, “when women bully other women for being honest about money and how much they do or do not make, well, thats amore.” Then tweeting, “Just wishing I had someone to hold my hand during baby’s first internet backlash.”

On Friday evening, Roman publicly apologized to Teigen, sayin her comments were “flippant, careless and I’m so sorry.” She said it was “absolutely not my thing” to be a woman taking down other women and hoped that they could meet in person. 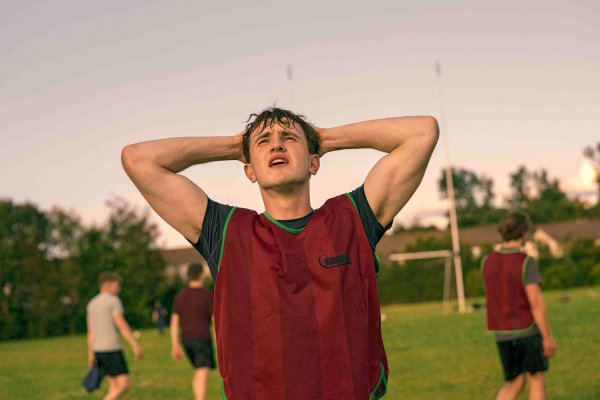